Is the Modern Church Guilty of Anti-Semitism?

With the Israel at the forefront of news, is the church guilty of subtle anti-Semitism? 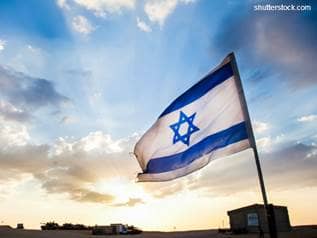 In early Christianity the European Church believed that the Jews killed Jesus, it was the Romans that killed the Messiah for political purposes, and fear. Many have believed that the reason the Jewish people were afflicted through the years was due to the crucifixion of Jesus and not converting to Christianity. The doctrine took hold generations and again, the Jews became isolated since they tried to maintain their identity that Jesus was a great prophet, but not the savior of the world.

Followers also were taught that the Jews were satanic, and brought death and illness to the community, like the Black Death, the Holocaust Memorial Museum cited. The myths continueed to grow throughout Europe during the first millennium. Jewish people were accused of heinous acts such as using the blood of Christian children for rituals, and were heathens. Many were forced to kill themselves unless they converted to Christianity.  Have things really changed?

The United Nations, Europe, the Middle East, U.S. policies, and even some in the church are anti-Jewish. Today we can see anti-Semitism in school text books and the church. Last year the Presbyterian Church voted to divest from companies that supply Israel with products, and sold its shares of Caterpillar, Hewlett Packard, and Motorola Solutions. The United Church of Canada voted to boycott these companies, and the Methodist Church of Britain also voted to boycott Israeli goods, like AHAVA. The patriarch of the Antioch Church said The " Zionists conspire against Islam"  in 2011.

Many churches are avid supporters of the Jewish people and Israel in America and in parts of Europe. Last year Pope Francis said the Vatican is committed to uniting the church and Israel.

“As Christians, we cannot consider Judaism as a foreign religion. Dialogue and friendship with the children of Israel are part of the life of Jesus’ disciples. The friendship which has grown between us makes us bitterly and sincerely regret the terrible persecutions which they have endured, and continue to endure, especially those that have involved Christians.”

Arch Bishop Dr. John Lupoli spoke at the Proclaiming Justice to the Nation (a non-proft that supports Israel and fights anti-Semitism on the government level) event hosted by the National Religious Broadcasters conference in Nashville. Lupoli said many people don’t even know why they are anti-Semitic. When he confronted those who were anti-Jewish he asked: “What does God’s word say? And they didn’t have an answer. "They have a lot of theology and a lot of dogma. [They] have everything except the word,” said Lupoli who is the president of the World Council of Independent Christian Churches.

Lupoli said it’s a no-brainer in regards to supporting the Jewish people according to the Bible, and even in this modern era the Jewish people remain persecuted for defending themselves against terrorists, and protecting their borders. God’s word in Genesis 12:2 said God will bless those who bless thee [Israel].

What do you think? Do you believe the churches in Europe and in other parts of the world are guilty of anti-Semitism?