The mere subject of Israel puts many people on the defensive and we hear conflicting views, so it’s natural to ask questions. Why is this land so important, and who should rightfully own it? 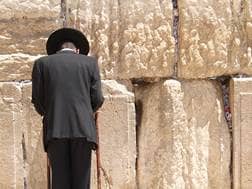 The mere subject of Israel puts many people on the defensive and we hear conflicting views, so it’s natural to ask questions. Why is this land so important, and who should rightfully own it? Without going into the history of this geographical location and volatile area—we can tackle this from a Biblical perspective.

Although, the Bible talks about God’s instructions about, Israel, this doesn’t mean we agree with all the decisions Israel’s leaders make. We’ll put politics aside on this one, and stick to what scriptures support the Land of Canaan, later renamed by the Lord, Israel. God said he was going to give the decedents of Isaac, and establish an everlasting covenant with his descendents like Jacob, not Ishmael.

The reason God gives for favoring the brother Jacob over Ishmael was written in Obadiah.

“The violence against your brother Jacob, you will be covered with shame. You will be destroyed forever. God showed Abraham land he was to have along with his descendents in Genesis 12.

This promise from the Lord was given so Abraham and his descendents would create a nation.

We then read in Genesis 13:17 that Abraham was instructed to “Go, walk through the length and breadth of the land, for I am giving it to you.” Christians believe in Jesus as the savior of the world, and He was the King of the Jews. Jesus was a Jew, and loved his people. He was circumcised, had a Bar Mitzvah, and called Jews his brethren. We are all one in Christ.”There is neither Jew nor Gentile, neither slave nor free, nor is there male and female, for you are all one in Christ Jesus.”

There is a myth that Christians have a distain for all Arabs, and this is simply not true, many believe we can all live side-by-side as neighbors. Believing that the Jewish nation should have the right to defend herself, or believe that God gave this land to the Jewish people does not mean, believers hate all Arabs, Palestinians, and Arab nations. Israel is not the only nation God said he would bless.” In that day Israel will be the third party with Egypt and Assyria, a blessing in the midst of the earth, whom the Lord of hosts has blessed, saying, "Blessed is Egypt My people, and Assyria the work of My hands, and Israel My inheritance,” according to Isaiah.

So if we are going from the Bible, yes, we should stand in the gap for the Jewish nation, but this doesn't mean we agree with all the decisions made by her leaders.