Is Faith The Answer To Ending Poverty?

Christian leaders join forces and take steps toward holding American governmental officials accountable in doing their part to end the widespread plight of hunger and poverty. 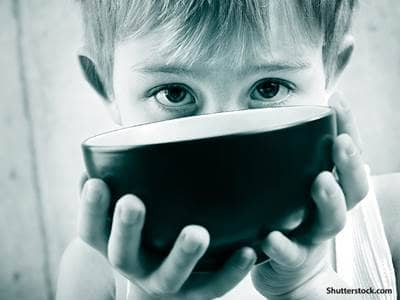 In the land of the free and the home of the brave, there’s an overwhelming 45 million Americans and 14 million children living in impoverished circumstances according to the latest U.S. Census data. This population of Americans also includes the working poor who have jobs but find themselves not earning enough to meet living expenses. The Circle of Protection is a Christian coalition forging together to break the silence and be a voice for vulnerable communities and shed light on what some believe has been a purposely overlooked issue in this country. The faith leaders comprise a network of various Christian denominations, churches, colleges and agencies with a common goal.

Rev. David Beckmann, president of Bread for the World, said in a release “There is broad consensus among faith leaders that our country has been culpably neglectful of poverty, especially in our own country.” The group believes presidential backing is an important key to unlocking the solution to the problem and are asking 2016 candidates to make three-minute videos on their plan to alleviate the plight of the poor. Bread for the World is an organization pressing toward ending hunger by 2030.

Galen Carey, government relations vice president for the National Association for Evangelicals, admonished candidates explaining that “Christians who believe government leaders are called to share God’s concern for the poor and vulnerable want to know how presidential candidates would approach this essential responsibility.” The main goal is to align Christian support behind the candidate who will prioritize poverty initiatives and find real ways to solve the problems.

“We are looking for those who aspire to become president of the United States to seize this moment and take decisive leadership in ways that address the complex yet solvable evil of poverty, particularly as poverty affects near one in every five children in America, ” Director of Ecumenical Poverty Initiative Rev. Sekinah Hamlin said. Seeing poverty from God’s vantage point requires Christians to hold leaders accountable and make sure the biblical principles of caring for the poor are adhered to.

“Throughout the Scripture, we’re told that a society will be judged by how they treat ‘the least’ among them,” said Sojourners founder and CEO Jim Wallis, “Our political leaders also must be assessed through the measure of their commitment to the poor and most vulnerable.”

Christians are urged not to be apathetic but to engage the 2016 presidential campaign being fully aware of the candidates' stance on the matter being reminded by Carey that “silence on poverty is inexcusable.”

Jana Duckett, Ph.D. (ABA) is the Associate Director of Digital Marketing and Communications for The Catholic University of America. She is also a former social media manager and editor at Beliefnet.com. She a lover of God, people, and words helping others discover their “God-designed area of excellence.”