How We All Can Preserve the National Day of Prayer

It is time that all faiths unite. 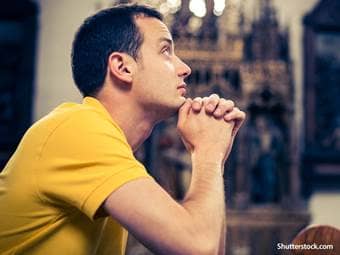 There is an assault on people of faith, and perhaps all faiths.

If the freedom of religion is going to continue, we all better pay attention. As we look towards the horizon in gaining a new president in 2016, the time is crucial for all Americans to reflect on what liberties are at stake. No matter what our political agendas may entail—as a people of a democracy—we need to unite.

The National Day of Prayer is supposed to encourage all religions to set aside differences and pray. The annual observance happens on the first Thursday of May. It was started in 1952 by a joint resolution of the United States Congress and President Harry S. Truman signed it into law. Congress wrote:

“Prayer has indeed been a vital force in the growth and development of this Nation. It would certainly be appropriate if, pursuant to this resolution, and the proclamation it urges, the people of this country were to unite in a day of prayer each year, each in accordance with his own religious faith, thus reaffirming in a dramatic manner the deep religious conviction which has prevailed throughout the history of the United States.”

A day of prayer is not a novelty. The Continental Congress called a day for the colonists to seek God regarding the forming of a new nation in 1775. Abraham Lincoln called a day of national prayer and fasting in 1863.

“Now, therefore, in compliance with the request, and fully concurring in the views of the Senate, I do, by this my proclamation, designate and set apart Thursday, the 30th day of April, 1863, as a day of national humiliation, fasting and prayer,” Lincoln proclaimed.

“And I do hereby request all the People to abstain, on that day, from their ordinary secular pursuits, and to unite, at their several places of public worship and their respective homes, in keeping the day holy to the Lord, and devoted to the humble discharge of the religious duties proper to that solemn occasion.”

President Ronald Reagan designated in 1988 that the National Day of Prayer be held on the first Thursday in May.

However, the day is continuously challenged.

Many found the NDP unconstitutional. Federal Judge Barbara Crabb wrote that it violated the First Amendment, but it was overturned in 2010. The Freedom from Religion Foundation has worked to end the bias and to stop the “evangelicals from hijacking the Constitution.” The non-profit organization posted its objections and asked that the U.S. end the discrimination in that lawsuit on its website.

“Our founders did not pray when they adopted our Constitution, which shows their intent to separate religion from government. The Constitution's only references to religion are exclusionary. The U.S. President and elected officials have neither the moral nor the constitutional authority to dictate to Americans to pray, much less to tell citizens what to pray about, to set aside an entire day for prayer every year, and to gather with others “to turn to God in prayer and meditation at churches, in groups, and as individuals.”

The National Day of Prayer Task Force helps mobilize the Christian community and represents “Judeo-Christian expression of the national observance, based on our understanding that this country was birthed in prayer and in reverence for the God of the Bible.” The organization is fighting to keep NDP on the books.

Dion Elmore is the Chief Communications Officer of the Prayer Task Force and shared “While the National Day of Prayer has been challenged by atheistic special interest groups the last few years, the Federal Courts have upheld its constitutionality and in turn our religious freedom.”

If you’re passionate about NDP, get involved. Work with local religious organizations and keep the community in loop on your progress. Get involved with ministries outside your own. Invite people to pray for the city and nation no matter what their faith is.

It’s a time to unite, not divide.

Some final questions to ponder: Should people who disagree with NDP have a right to have the day deleted from history, and is it a violation of their freedoms?

Regardless, as a nation we should unite, and no matter what faith inspires you, finding common ground with others allows for religious tolerance. This includes all people.