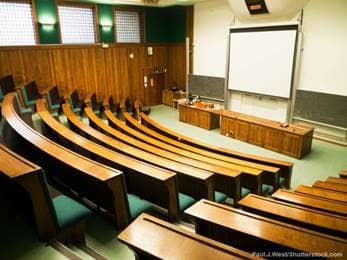 American Baptist College caused controversy nationwide after inviting an actively gay Bishop to speak to the annual Garnett-Nabrit Lecture Series. A group of pastors within the National Baptist Convention protested the move.

Pastor Dwight McKissack of Cornerstone Church from Arlington Texas was one of the leaders voicing his concerns.

“Satan has strategically and successfully sought to secure sanctioning of same-sex marriage in every sector of society, including our spiritual houses of worship,” told NBC 4 (WSMV) in Nashville.

The mega church pastor believes that gay marriage is not a church matter, but a state issue. Allan Boesak also worked for same sex marriage by trying to persuade the South African Dutch Reformed Church to affirm those unions.

President of ABC, Dr. Forrest Harris said the college acts independently from the National Baptist Convention. He wants students to be exposed to different views to aid critical-thinking skills and wants to include all people to speak.

“We are not about a narrow, conservative base of beliefs and piety that excludes people.”

The Convention has no governance over what they teach Harris explained to WSMV.

NBC founded the college launched in 1924 focusing on civil rights and preparing African American students for ministry. It’s not an academic issue according to an estimated 150 members of the National Baptist Fellowship of Concerned Pastors asking for Harris to rescind on invitations.

Bishop Flunder’s preaching in a sacred sanctuary is an abomination, and requires objection.

This is a moral issue, not one of social justice said McKissack.

And it “is not about intellectual or educational inquiry, but indoctrination of a worldview placed on the pedestal of theological authority.” Bishop Yvette Flunder addressed students during the lecture series, regardless of McKissack’s objections.

The National Baptist Fellowship of Concerned Pastors asked faith leaders to stand with them and support them on www.change.org. About 391 people signed the petition as of the March 19 with a goal of 10,000 signatures.

In the end it's a matter of conviction, McKissack shared.

“Some decisions you make a purely a matter of conviction and conscience,” he said. “What others think about those decisions are somewhat relevant, and must be weighed, but, if it is truly a conviction, I generally go with my convictions. Collateral damage must be considered and I have.”