The Global Call to Prayer Conference will be held to strategically pray for Israel. 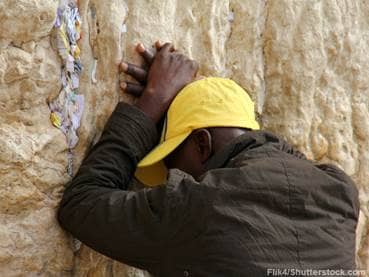 The Global Call to Prayer Conference will be held to strategically pray for Israel in May.

This will include testimonies from nations that dedicated 100 days to prayer, standing in the gap for the country’s political leaders, and who refuse  to be silenced as written in Isaiah 62.

“They shall never hold their peace day or night. You who make mention of the Lord do not keep silent, and give Him no rest till He establishes, and He makes Jerusalem a praise in the earth.”

Until that happens there is a battle raging on earth, especially at the U.N., with Iran, and even in the U.S.

Since Israel was admitted to the U.N. in 1949,  she has faced harsh criticisms over the years. According to the U.N.’s human rights body, Israel is worse than North Korea, Iran, and Syria in human rights violations.

In 2014, the U.N. General Assembly adopted 20 resolutions on Israel more than any other country.

The U.N. also labeled Israel as being the top women’s rights violator.

Human Rights Watch reported people arrested in North Korea are routinely tortured, beaten with sticks and have a lack of due process. Millions of people that participated in the presidential elections in Iran in 2013 were executed.

“Hundreds of civilians, including many children, were killed in a chemical weapons attack on areas near Damascus. A U.N. investigation determined that the nerve agent sarin was used,” Human Watch wrote in their 2014 report on Syria, and somehow Israel is just as tainted?

Hostility towards Israel is not overly shocking, but God is raising up people to pray on behalf of the country and for the Jews.

European Christians will gather together to cover Israel, and continue to build a strong relationship with the Jewish people, despite the condemnation.

The goal is a united body of believers seeking God’s presence and protection over the country. Over 1,200 Christian leaders support the prayer initiative that launched in 2002. If you want to get involved, here is how.

The Global Call to Prayer recommends the following prayer points to help you pray for The Jewish Nation.

The Borders of Israel:

Pray for the safety of the nation.

Pray for peace and safety of Jerusalem.

"I will bless those who bless you, and whoever curses you I will curse; and all peoples on earth will be blessed through you (Gen 12:3)."