Does Religion Play a Role in Our Daily Lives?

Does religion play a role in our happiness and daily lives? 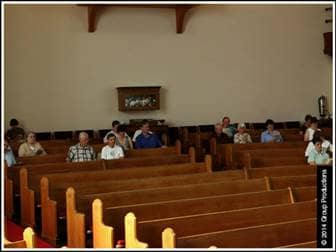 Does religion play a role in our happiness and daily lives?

Yes, a new Pew Research Poll found. Americans who practiced religion were more connected to family, were more inclined to serve the community, and tended to be happier in their lives, respectively. What researchers found was that they also shared common traits with non-religious people. Senior Researcher Besheer Mohamed found that both sects, religious and non-religious, lost their tempers, told a lie, didn’t exercise, and were no more or less to be “socially conscious.”

People who prayed more were less stressed than those who were not religious. Those who attended church or religious services considered themselves content, than those who rarely attended.

Scientists believe that religion is helpful for those sick. The social support that comes from attending services helps people feel needed, supported, and is a community of one where people have the common interests. Going to church has been linked to having a better mood, and from the latest Pew survey, we found that people following a religion admitted to be happier. Religion serves as a function that helps society--a Gallup poll found in 2011.

The theme was that attending a service helped health and overall positivity. Those who attended religious services were recorded 3.36 positive emotions than those who rarely attended or practiced (3.08). Volunteering was also seen more with religious people Pew revealed:

What was interesting from the Pew finding was that Christians were more apt to purchase from a company who pay people well at 66 percent compared to those who believe it is not essential at 34 percent.

The more religious were not as concerned with environmental factors. “Highly religious adults are no more or less likely than those who are less religious to say they consider a company’s environmental record and fair wage practices in making purchasing decisions.”

There is no doubt that religion influences many people, it’s also how we choose to allow it to change us and how to serve others through the market place, and in our communities.

There is no such thing as an ordinary people, C.S. Lewis shared.

“You have never talked to a mere mortal. Nations, cultures, arts, civilizations – these are mortal, and their life is to ours as the life of a gnat. But it is immortals whom we joke with, work with, marry, snub and exploit – immortal horrors or everlasting splendors. This does not mean that we are to be perpetually solemn. We must play. But our merriment must be of that kind (and it is, in fact, the merriest kind) which exists between people who have, from the outset, taken each other seriously – no flippancy, no superiority, no presumption.”