With news of extremist Islamic terrorists torturing, and beheading both Christians and non-Christians, hate has no exclusions. 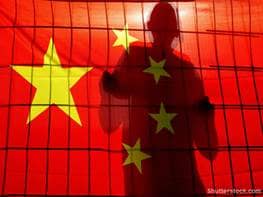 With news of extremist Islamic terrorists torturing, and beheading both Christians and non-Christians, hate has no exclusions. In this modern era people and countries are more hostile towards Christians than ever before.

Animosity towards Christianity reportedly reached record numbers in 2014, according to reports released by Open Doors USA in January. China reached a 300 percent increase in abuses towards believers in 2014, and the president of Open Doors said the trend is expanding at an alarming rate.

“In regions where Christians are being persecuted as central targets, the trends and issues we track are expanding,” David Curry said in a May press release.

Jay Sekulow is regarded as one of the foremost free speech and religious liberties litigators in the US, and said America needs to do more to protect Christians.

“Christians face more persecution today than at any time in history, from jihadist regimes, to Muslim mobs, to genocidal terrorist armies. America can and must do more to protect these persecuted Christians around the globe.”

Persecution is not limited to the Middle East and overseas.

This is a wakeup call for other countries were citizens have freedom of religion. In the US praying at a public school, or before a football game is offensive, and ended. A mother was forced by the courts to take down a memorial cross honoring her son on the road side, as an atheist was offended by its meaning in 2014. A Colorado high school banned a group of students from praying and singing Christ-centered songs that same year after complaints.

The separation of church and state started over 50 years ago when parents sued the state of New York on the mandatory prayers cited in public schools. The US Supreme Court later ruled to end state sponsored prayers. This remains a major contention for those who believe in freedom of religion, and separation of the church and state.

Another myth we believe is that we can’t do anything. We can give money, pray, and petition governments, and local leaders. Here are organizations that support believers, freedom of religion, and the persecuted church:

• Voice of the Martyrs

• American Center for Law and Justice

You might not be Indiana Jones, and rescue people, but you can take action. If you are, email us.

A final common myth is those who are persecuted bring it on themselves for going against their respective governments, and not minding their own business. What is the point of being a believer and can’t read scripture? Christians better community. They have helped build infrastructure, serve, and teach in communities, regardless if they proselytize or not.