Christians Bad Tippers? No Not Really

Let's not reduce witnessing for Christ to how much gratuity left behind. It's much bigger than that. 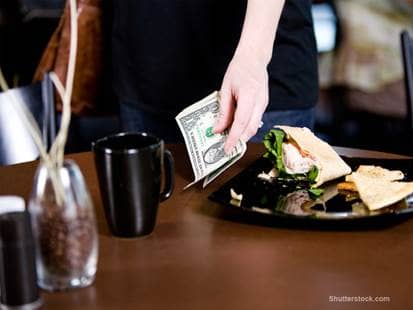 BuzzFeed released an article calling out Christians to be better tippers. It's no surprise this perception exists, Christians have received a bad wrap for leaving witnessing tracts disguised as $10 bills and who can forget the famous statement "God only asks for 10%, why should I give you more than Him?" But is it true of the community as a whole?

The article uses biblical references out of context, including Luke 10:7 where Jesus encourages His disciples to eat and sleep where they find people willing to open up their homes to them, saying “for the laborer is worthy of his wages.” Jesus is actually saying go where you find hospitality...minister there. This has nothing to do with dining at a restaurant and leaving a tip.

The disconnect, it seems, is that the writer is confusing what someone is voluntarily given with what someone is actually owed. When a person eats at a restaurant they pay for a meal (what is owed), leave a tip (whatever they want to give…normally 15%-20%) and the employer pays the server’s hourly earnings.

Furthermore the empirical study referenced actually shows that Christians are not in fact tight tippers. Christians give an average of 17%, with only 13% of all Christians leaving less than 15% for quality service. So here’s the truth, yes there are some Christians out there that don’t tip well, but there are more who do. These are people that may not be as “outwardly” Christian as those who come in large crowds to share a meal on Sunday afternoons.

In any case, let’s not trivialize Christian witnessing to how much money we leave to thank someone for rendering a service, but more on the condition of the heart behind the act of leading someone to Christ.