Christian Growth is Influenced by Teen-Parent Relationships and Homeschooling

Surveys and other studies have reported that the sacrifice is paying off for homeschooled families because many of these kids, who are now rising Millenials, are sticking to their faith and beliefs. 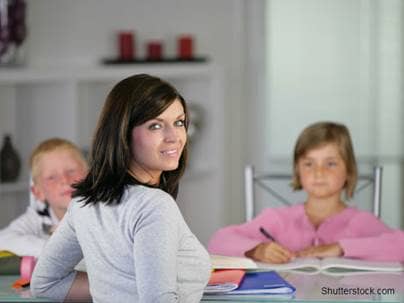 As a parent, committing to homeschooling your child(ren) is an obligation that carries a huge amount of responsibility that will affect your kids forever. Depending on the family, there are several possible reasons why someone would entertain homeschooling their child. Benefits stem from issues concerning self-esteem, emotional health, behavior, academic achievement and/or other hurdles that every teenager faces.

Surveys and other studies have reported that the sacrifice is paying off for homeschooled families because many of these kids, who are now rising Millenials, are sticking to their faith and beliefs.

"Having a strong relationship with the child's mother and father, attending church as a child, and years homeschooled were all clearly positively associated with Millennials' basic Christian orthodoxy, broader biblical beliefs, Christian behaviors (e.g., attending church, keeping sex in marriage, prayer, not using pornography), satisfaction in life, civic and community involvement, and having beliefs similar to one's parents," said researcher Dr. Brian Ray, according to the Christian NewsWire.

Many believe that the commitment to homeschooling is the driving force behind it all. While teenagers experience a challenging time during puberty, the absence of the bittersweet school conflict drastically helps to improve a child’s school performance and emotional well being.

Since faith is reinforced in the home as an everyday staple and way of life, the children are embedding that into their own lives and making their structure for the future concrete with faith in mind. Overall, homeschooled children are able to distinguish the profound difference of having faith as an element that influences everything rather than as a separate entity.

At the core, everything is derived from a Christian background and the faith stands as the foundation. Parents who home school their children are able to reinforce Christianity and further utilize their faith as a tool to bridge the gap many parents face when raising teenagers. The teenagers also identify their Christianity as a tool that can help them remain close with their family and assist them in succeeding in life.