Many of these celebrities not only left the controversial church, but also spoke out against it. 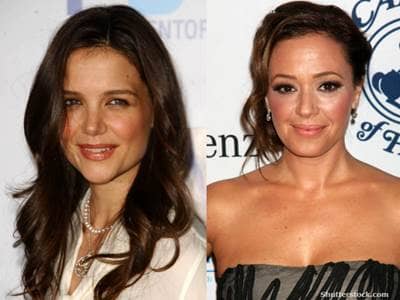 Since the Church of Scientology’s inception in 1954, the church has been riddled with controversy. While representatives of the Church have denied most allegations related to abuse within the church, these celebrities endorsed these claims. Many of these celebrities not only left the controversial church, but also challenged the practices and policies of the church, and left as a result of them. Here are six celebrities who left Scientology, many of whom were outspoken about their experiences.

Actress Leah Remini was very outspoken when she left Scientology after 30 years in the church. In an interview with People magazine, Remini spoke out about her exit from the church, explaining that one of the biggest issues she experienced was feeling like the church was trying to control her. She said that she wasn’t going to be told who she could communicate with. “I believe that people should be able to question things. I believe that people should value family, and value friendships, and hold those things sacrosanct. That for me, that's what I'm about. It wouldn't matter what it was, simply because no one is going to tell me how I need to think, no one is going to tell me who I can, and cannot, talk to," Remini said.

While there were “dozens of influencing factors” that resulted in her departure, the biggest influencer was her daughter Sofia who was approaching the age when auditing, a process that involves intense questing in an effort to become acclimated in the Church.

"In my house, it's family first—but I was spending most of my time at the church," Remini said in a Buzzfeed interview. "So, I was saying 'family first,' but I wasn't showing that. I didn't like the message that sent my daughter."

Sources have said that the “King of Queens” actress ultimately called it quits after questioning the Church’s treatment of followers under the direction of Scientology’s leader, David Miscavige. Remini said in an interview with Good Morning America that leaving the Church has allowed her to better empathize with what former members of Scientology experienced when they left the religion.

Tom Cruise, who is recognized by many as the face of Scientology, convinced former wives Nicole Kidman and Katie Holmes to join the church during his marriages to them. The Church is believed to have played a role in the demise of each relationship. Kidman told the Hollywood Reporter, “I’ve chosen not to speak publicly about Scientology. I have two children [adopted with Cruise] who are Scientologists –Connor [17] and Isabella [20] and I utterly respect their beliefs,” Kidman said.

While Holmes hasn’t spoken publicly about Scientology, it is rumored she divorced Cruise to protect their daughter Suri from the religion. Five years after publicly revealing that she was studying Scientology, the actress returned to the Catholic faith, and is now registered as a parishioner at the Church of St. Francis Xavier in New York City.

In an interview with the New Yorker, director and screenwriter Paul Haggis spoke about his decision to leave Scientology in 2009, sharing that his experience was traumatizing.

When he read an article about reported physical violence that occurred as the result of members within the church, he was extremely troubled saying, “They were ten years old, twelve years old,…scrubbing pots, manual labor, that so deeply touched me…My God it horrified me.”

Haggis commended Leah Remini for her bravery in terms of leaving the church in an open letter, thanking the actress in The Hollywood Reporter.

"I read some things that really disturbed me. First was the way Leah was being attacked by her celebrity 'friends,' who were disparaging her character. What was new to me was the report that Leah had run afoul of the church by challenging Scientology’s leader, David Miscavige, who is held to be infallible ...I can’t express how much I admire Leah,” said Haggis. “Her parents, family and close friends were almost all Scientologists; the stakes for her were so much higher than for me. Her decision to leave was so much braver ... I will forever be grateful to her."

The Superman actor spoke about his experience with the religion in his 2004 book “Nothing Is Impossible: Reflections on a New Life”. He recounted that at the age of 22, he was at the New York headquarters of the Church of Scientology to receive the score on an assessment he was given by a young man in the Church. However, instead of receiving the score, he was told that he would receive “training”. He began to study the religion. But after being involved in a few sessions, he was asked to recall past lives and he began to grow more and more skeptic. He disengaged from the religion after he made up a story about a past life to an auditor who took his story for truth.

“…I was simply relying on her ability, assisted by the E-Meter, to discern the truth,” said Reeve. “The fact that I got away with a blatant fabrication completely devalued my belief in the process.”

He stopped pursuing Scientology after that experience.

The daughter of the late Elvis Presley left Scientology 2012. Since leaving, she has removed many traces of Scientology from her life. Many believe that she dissed the religion in her third album, “Storm & Grace,” particularly on the single “You Ain’t Seen Nothin’ Yet’

“This here is a city without lights / Those are all the people without eyes / Churches, they don’t have a soul / Soup for sale without a bowl / Religion so corrupt and running lives / Farewell, fair weathered friends / I can’t say I’ll miss you in the end.