A New Wave of Digital Evangelism

There is no doubt using digital media, and resources help the evangelizing of the world. Most people have access to the internet all over the world, and even the most remote places on earth have internet café’s. 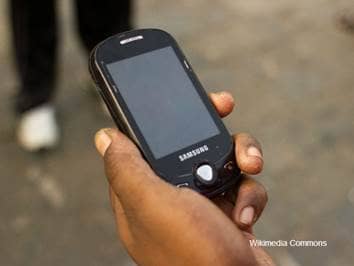 There is no doubt using digital media, and resources help the evangelizing of the world. Most people have access to the internet all over the world, and even the most remote places on earth have internet café’s.

Countries like Romania still recovering from communism opened up the internet for everyone, while China, Saudi Arabia, Syria, Cuba, Burma, and North Korea tightly censor information, or make it so expensive people can’t access the internet. About four billion people remain without internet access.

However, underground ministries are working covertly to get jump drives and other media in the hands of people, who are hungering for God’s word. Additionally, there are apps continually popping up for iPhones, and Android. God’s GPS is useful to witness and the app “How to Share Your Faith” is another tool that can be used to talk to someone about faith on the go. For example if you strike up a conversation in a café, one can just pull the app of choice. Opportunities are endless in the last five years.

So what is digital evangelism?

The term means that a person who uses hand-help devices, personal computers, social media, apps, and videos to share the Gospel Jesus Christ.

The Billy Graham Evangelistic Association has tremendous success in this area. BGEA announced that five million people accepted Christ on SearchForJesus.net last winter using scripture and videos, and the number has risen to 5,852,989 in 2015. They launched this tool in 2011.

Technology is allowing ministries like BGEA to reach people in countries where missionaries are forbidden.

“We at the BGEA realize that to share the Gospel, you have to find ears to listen and eyes to watch, so you have to go to where the audience is gathering,” Vice President Duane Gaylord said in a release after the organization hit the five million mark.

PeacewithGod.net is another arm of the ministry offering testimonies, prayer, support, and steps towards a Christian life.

The downside is relying on the internet for evangelism is attendance in churches could drop, since sermons are readily available, and lack community could impact future generations. It’s important to do follow up with new Christians, and connect them to church for support.

With Digital Evangelism people can become lost without mentorships and solid teaching. Not only that, but since we are so entwined with technology, it’s effecting our social skills.

We don’t call people via phone, we text, or message them of Facebook, ping them. If we depend on digital media where we use it as crutch for evangelizing, what will happen to out interpersonal skills?

We will lose the human connection, and supportive connections. However, if we can harness the power of digital evangelism and somehow keep the human connection, that’s an amazing tool for the coming generations. There nothing wrong with embracing the next wave of technology to advance God's Kingdom, be it apps, or social media tools such as communities.