5 Ways to Avoid Controversy When Teaching About Religion

Only 36 percent of Americans, according to a Pew Research Center poll, know that it’s legal for schools to offer a comparative religions course. 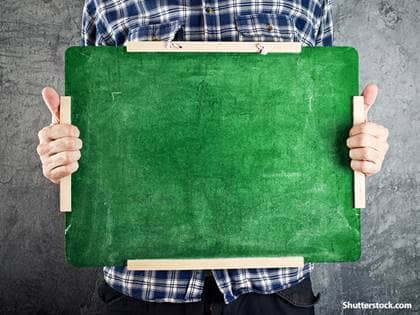 Teachers always have been able to teach about religion in public school, yet most Americans don’t know that. Most don’t know, too, that since the 1990s, most state standards have required the study of religion as part of social studies and world geography classes.

Being on legal footing, though, has not kept teachers out of sticky situations. For the last few years, as part of research for a book, I traveled around the country reporting on public schools’ efforts to teach about religion. I spent time in several communities trying to recover from uproars over lessons on religion in the classroom. These were not the disputes of old, about a teacher leading prayer or reciting Bible verses. Preaching is clearly illegal. These were arguments about how religion should be taught as an academic subject.

Let’s take Wellesley Middle School as an example. In the spring of 2010, the suburban Boston school took its sixth-graders on a field trip to a mosque. A male worshipper invited five boys up to pray. A parent chaperone was videoing the field trip for an outside group without anyone’s knowledge, and a furor erupted when that video was released with the title: “Wellesley, Massachusetts students learn to pray to Allah.” The school system and mosque officials objected to the video, including the contention that students were being swayed to embrace Islam. But, school officials also gave an apology because some mistakes were made. No student should ever have participated in prayer. Many opponents, though, insisted Wellesley should simply not do field trips to houses of worship.

Also in the last few years, in Lumberton, Texas, a world geography teacher let students try on apparel worn by Muslims around the world,  including a burka, as part of a lesson on Islam. In Tampa, Florida, various groups, especially those known for anti-Islam sentiment, protested when it was revealed that an imam and head of a Muslim civil rights organization was a guest speaker on Islam for world history classes.

Teachers, though, can take some steps to prevent controversy. Here are tips I gleaned from reporting around the country:

1. Institute a firm observe, don’t participate policy on field trips to houses of worship. Wellesley Middle School better emphasized that policy after the 2010 controversy. It also elected not to go to a house of worship if there was active prayer.

2. Display ritual items or clothing. Don’t try them on. The Lumberton teacher had the best of intentions when she let students try on clothes from around the world, but it’s probably better to just show students the items. She first did that dress-up exercise 15 years ago, before 9/11 and the backlash against Muslims. These are increasingly sensitive times around religion.

3. Use the most neutral guest speaker possible. Check out A Teacher’s Guide to Religion in the Public Schools, published by the First Amendment Center, for advice on guest speakers. The center recommends religion scholars rather than clergy, who may have commitments to their own faith.

4. Teach, don’t preach. In other words, train teachers and administrators about the First Amendment.  Modesto, California, schools require all high school students to take a world religions course before graduation. Teachers go through training to learn more about the world’s religions and also master the dos and don’ts for handling religion in public schools. That means no Christmas decorations. Teachers do, however, teach about different religions’ holidays.

5. Educate yourself. Parents of minority faiths told me about gaffes by teachers who were giving lessons on Christianity, Judaism, Islam, Hinduism and other faiths. I visited an elementary school where children learn about religion in first through fifth grade as part of social studies. Teachers said they did not receive training about different religions. Schools and communities should work together to fill teachers’ knowledge gap.

Controversies likely will always occur over courses on religion even if teachers do everything right. Just last fall, a parent in Revere, Mass., complained to a Boston-area TV station about seeing something about Islam in his son’s textbook. The parent pulled his son out of the social studies middle school class. The schools superintendent responded that Revere was simply teaching about religion as a part of history. There was no conversion going on. It was just the facts. That father, though, may be all too typical; he thought religion should not be taught in the schools. Only 36 percent of Americans, according to a Pew Research Center poll, know that it’s legal for schools to offer a comparative religions course.

Linda K. Wertheimer, a veteran journalist, is the author of Faith Ed, Teaching About Religion In An Age of Intolerance , (Beacon Press, Aug. 18). Follow her on Twitter @lindakwert. Her website is: www.faithedbook.com .