There are interesting factors about the origins of spirituality and religion that are still hard for me to wrap my head around. 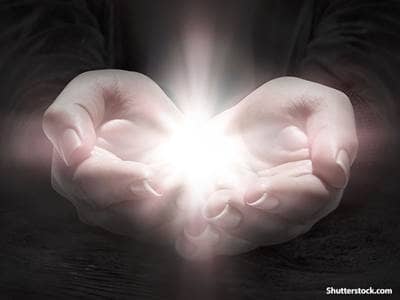 In recent years, it has become increasingly more popular to distinguish between spirituality and religion. By definition, spirituality is “the expression of the sacred, or the search for transcendent meaning, which can be expressed exclusively in their relationship to nature, music, the arts, a set of philosophical beliefs, or relationships with friends and family” (Adapted from Random House Dictionary of the English Language, 1967). Religion, by definition is “a set of beliefs and practices related to the issue of what exists beyond the visible world, generally including the idea of the existence of a being, group of beings, an external principle or a transcendent spiritual entity” (Adapted from Random House Dictionary of the English Language). There are valid distinctions between the two and there are interesting factors about the origins of both that are hard to wrap the mind around. Here are four interesting facts and theories about the origins of spirituality and religion.

The origin of religion can be classified in three basic categories: The ancient foundations of religion can be traced back to three basic categories: polytheistic, pantheistic and monotheistic. Polytheism, or the belief in many Gods is believed to have originated with Hinduism in about 2500BC. Pantheism, or the belief that all is God triumphed in numerous ancient cultures, particularly African and American Indian cultures. Monotheism, or the belief in one God is the foundation of the Jedeo-Christian-Muslim lines of religion. Atheism is a relatively modern belief that grew out of the “Enlightenment” period of the 18th century.

In the past, religion dictated science: Religion and science have a very interesting, but complicated relationship. In the past, religion dictated science so much so that anything that was scientific had to relate back to religious ceremony and practice. It was only during the “enlightenment” that the idea that Christianity has been a serious impediment to science took root. Now, many people believe that science and religion should not be influenced by each other. If science is influenced too much by religion, people consider it to be biased and won’t take the scientific thought as seriously. The idea of a scientist believing in God is preposterous and the idea that a Christian would buy into science conflicts with religious beliefs and doctrine. It’s hard to ignore how powerful and influential science and religion are today.

Signs of spirituality were seen with the Neanderthals: As human life began to evolve, we became more aware of the world around us, developing what we call “spirituality” today. We saw spirituality 300,000-27,000 years ago with the Neanderthals, who were known to bury the dead as opposed to leaving the body behind like earlier humans had. With the transition to Homo sapiens, we saw them not only bury the dead, but leave those dead with ornaments, furs and other important items with the body. The Homo Sapiens also displayed thoughts and ideas of the afterlife and a spirit world through art in cave paintings. While little is known about pre-historic or ancient spirituality, we can tell a lot through bones, artificacts and structures like Stonehenge.

Many Scientists Have Started to Explain Religion as an Evolutionary Process: How religion started if often explained by religion itself, but there still appears to be a ton of mystery around the true origin. Some scientists have explained religion as something that came from an evolutionary process, which may have been necessary for survival. According to Professor Boyer of Washington University, it is unnatural for our brain to not believe in God. The belief, that is now growing is that religion is “hardwired” into our brains because we were naturally selected for it and it helped us intensify emotional commitment to the group. It is believed that it developed through human evolution and passed on through the generations.