3 Things To Know About God, Broken Identity, and Gender Changes

This country may not face the same economic and development challenges of the third world, but America's identity crisis is drawing out spiritual problems that cannot be ignored and are far more severe. 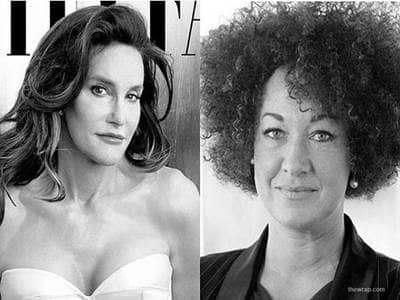 The popular site, First World Problems, that curates a list of hilariously distressing events that only people in the “first world” go through is still going strong. The exaggerated claims poke fun at society’s apparent problems including: earning too much money, getting the wrong smoothie and destination vacation spots being booked to capacity (sheds tear). While it provides some comic relief, the shallow truth behind some of these facts of first world life speak to deeper spiritual issues embedded in the fabric of this country…broken identity being one of them.

Two recent events speak directly to this. The first being the Caucasian born Rachel Dolezal , 37, pretending to be a black woman in America expressing having a connection with the African-American experience beginning as early as age 5. Dolezal went as far to say, “Nothing about being white describes who I am.”

Undeniably, she did great work in the community advancing betterment projects through advocacy with the NAACP and promoting peace among citizens and police officers. One question remains unanswered though...”Why did this have to be done masking her biological identity?” Is it so farfetched for racial barriers in this country to be broken down in order for people to come together authentically to see positive change?

The second case of course is the reality star, Bruce Jenner, coming out about his desire to undergo a gender-switch. He (or she) now wishes to be called Caitlyn. Jenner told Vanity Fair Magazine, “I wish I were kind of normal. It would be so much more simple…The uncomfortableness of being me never leaves all day long. I’m not [transitioning] to be interesting. I’m doing this to live.”

Broken Identity Is The Root Cause

In both cases, Rachel and Caitlyn are dealing with an identity problem that cannot be resolved cosmetically, but lies deeper in the recesses of their spirit. The essence of their being which is created in the eternal image of God. The wisest man in the world penned the following words in the Bible centuries ago, “This is all that I have learned: God made us plain and simple, but we have made ourselves very complicated” (Ecc. 7:29 GNT).

When people cannot be honest and transparent about who they really are, they will always be a pawn in the enemy’s hand because the anchor of their soul is missing. “So God created man in his own image, in the image of God he created him; male and female he created them” (Gen. 1:27). The Creator defines existence, not the created and for good reason.

True intimacy with God is the missing link for one suffering from broken identity. The flow of God’s spirit would interrupt and intercept the thought that “you would be better if you were black” or “you suck as a man, why not try being a woman.”

The Scriptures would no doubt go to work countering the false ideas of self-hate with reminders like, “you are fearfully and wonderfully made,” “before you were in the womb I [God] knew you” or “you are fully known and loved.”

Deception is a funny thing, because before long what once was blatantly a lie becomes truth to someone as they rehearse it over and over in a an un-renewed mind. As salt and light, Christians are called to unveil the truth and call a spade a spade. This includes examining ourselves more than others.

Now, this is not to say that Christians should strive to be modern-day Pharisees, but certainly we should take a stand as critical thinkers of culture.

This will lead to relationship damage that can take years or even a lifetime to heal.

In every case there are always other lives involved. Children permanently scarred even into their adult life. Marriages ruined and turned into a feeding frenzy for popular culture consumers to enjoy as “entertainment.”

But the worst broken down relationship of all is that in which a person has with themselves. To live a lie and believe it’s the truth is a fragile existence, no matter how much support one receives from those similarly decieved.

So as we continue to live our first world lives and separate the real from the fake in our society, or the funny from the extremely disheartening… let’s remember to pray for the Rachel’s and Caitlyn’s in this country and understand that there is only One who can give them the rest for which they seek.