Are We Ignoring the Signs?

I read an article in USA Today that reported the United States gets 80-90 percent of all the world's tornadoes, and I wondered why. Are we under God's judgment? Yes, but we always have been. Are these storms a sign? Yes, but maybe not in the way you might have been thinking. 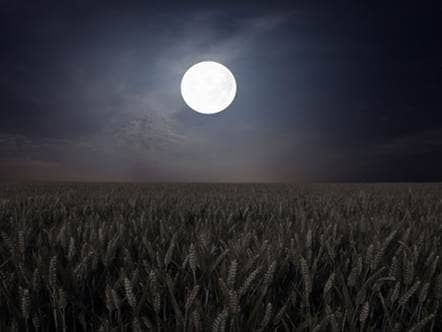 I don't put a lot of stock in the preachers that stand on street corners and announce the world is coming to an end.  I think when the world is coming to an end - God will do the announcing.  On the other hand, for the past decade I have seen more reports of terrible storms, earthquakes and natural disasters than I can remember hearing about in the past.  Is there an "increase" like the Bible speaks of, or is there just an increase in the number of television stations reporting the news?

A massive tornado tore through Moore, Oklahoma and the death and destruction is hard to comprehend.  I was watching the news as mothers ran through the debris trying to find their children at school. We had horrible storms here in Texas that brought great harm to one of my favorite spots, Granbury, Texas.  That same evening I sat with my entire family, listening to the tornado sirens go off in our own neighborhood.  We spent several minutes waiting to see if we would experience what had happened in Granbury.

Then, I read an article in USA Today that reported the United States gets 80-90 percent of all the world's tornadoes, and I wondered why.  Are we under God's judgment?  Yes, but we always have been.  Are these storms a sign?  Yes, but maybe not in the way you might have been thinking.

The Discovery Channel is doing a new series about North America, which prompted the story I read.  The article reported: "North America — and the USA in particular — has the world’s wildest weather extremes: No other part of the planet can boast its ferocious stew of hurricanes, tornadoes, droughts, floods, wildfires, blizzards, heat waves and cold snaps.  We get more high-impact weather than any other country on the planet,” said Sean Potter, a New York City meteorologist and weather historian.

The article explained that because the United States does not have a large mountain range that extends east to west, there is nothing to stop the warm, moist air from Mexico from clashing with the cold, arctic air from Canada.  To summarize in my own scientific way, when the two air masses meet, usually in the American mid-West - it is not the subject of good news.

I found that somewhat comforting, because I have truly wondered at times if our nation was under judgment and God was sending us signs through the storms.  The facts: we live in the country with 80-90 percent of all tornadoes.  But - is there an increase?  According to an article in the Washington Post, yes.  There were 550 tornadoes reported in the 1950's each year and now that number has doubled.  But that same article reports that the scientists don't know if there are more tornadoes, or if technology has just made it possible to detect more.

So what conclusions can we draw from the confusion?  Biblically, here is what we know:

Lamentations 3:22-25 says, "Because of the Lord's great love we are not consumed, for his compassions never fail.  They are new every morning; great is your faithfulness. . . For the Lord is good to those whose hope is in him, to the one who seeks him."

This was my "sign" from the storms of the other night.  God taught me a lesson I have been thinking on for several days.  I don't know if we have more storms now, but I do believe we could have less.  God is faithful to bless all that he is able, so if we are lacking his blessing - his protection - are we being as faithful to God as he is to us?

I knew there had been bad storms in Granbury.  My husband sent a text to some friends that live there.  I sat with my family that night watching to see if the storms were coming our way - then the sirens went off.  So we watched and listened to see if we should get in the nearby closet.  The next morning, I prayed for those who had lost so much.  Did I do something wrong?  Not really.  I just didn't do something right.

If I had it to do over again, at the sound of the first siren, I would have put my family (even my granddog) in the closet and we would have had a prayer time.  I would ask God to extend his righteous right hand and scoop the tornado away from our land.

Did God send a sign to his people?  Yes - every television station reported it.  Did I heed God's sign?  Not then - but I will from now on.  It is our job to seek God's blessing on our nation.  "If my people, who are called by my name . . ."  (2 Chronicles 7:14).  Is that you?  It was me - and I didn't do what God has told me to do when he sends a sign.  I'm sure there were a lot of people who prayed, especially those in the storms.  But, what would have happened if ALL of God's people, who are called by his name, had prayed?  I hope the next time we hear of a tornado warning, we will find out.  All of us can get in a closet and pray.  Are we ignoring the signs?  Help us God, to say, "Never, ever, again."

Janet Denison is the Director of Spiritual Formation for the Denison Forum on Truth and Culture, and the author of Content to be Good, Called to by Godly. She is a popular speaker for church and community events, and a respected Bible teacher. Janet blogs regularly at www.janetdenison.com. To connect with Janet in social media, visit www.twitter.com/janet_denison or www.facebook.com/janetldenison.