These little-known beliefs may surprise you.

The world is made up of countless cultures, and within each of these cultures lies a multitude of religious beliefs. Faith is something that marks us as human beings—all of us look to something, whether that be to the Abrahamic God, a pantheon of deities, or the simply the observable world.

We’re all familiar with the big players—religions like Christianity, Islam, and Buddhism. We see these faiths in the news, in the streets, and in those around us. They affect our daily lives.

But where the most prominent faiths of the world have billions of adherents, there are smaller belief systems that have far fewer, and so pass below our notice. However small, though, they are still fascinating insights into human nature, and as such, are worth knowing.

To get you acquainted with some of these lesser-known faiths, let’s take a look at 6 religious beliefs you’ve never heard of.

Church of All Worlds

Church of All Worlds

The Church of All Worlds is a Neo-Pagan religious group based in Cotati, California. It was founded by Tim Zell in 1968 after he read Robert Heinlein’s science fiction novel “Stranger in a Strange Land”.  Zell was inspired by the book’s idea of a Nest, which is a closely knit group of people who seek to know one another deeply, and thus formed the Church of All Worlds.

Members of the CAW have many differing personal beliefs and philosophies, but are brought together by the shared values of “self-knowledge and personal responsibility, deep friendship and tribal intimacy, positive sexuality, living in harmony with the natural world, and appreciation of the diverse nature of human beings,” according to their website.

The group has gradually shifted toward and emphasis on nature, focusing on their connection to the mother Earth goddess and living in harmony with the natural world, as well as with one another.

Jediism—yes, the same Jedi from the “Star Wars” universe—is an unexpectedly large religion, and is England’s seventh-largest faith with around 175,000 members. There are a further 15,000 who list “Jedi” as their faith in the Czech Republic and another 65,000 in Australia.

So what do the adherents of a religion that sprang from a film franchise believe?

Although there is no founder of the Jedi religion, and no central structure or hierarchy, most adherents follow the Jedi Code, which consists of 21 maxims that bear a striking resemblance to Buddhist principles of non-attachment and peace. What sets this belief system apart is that Jedi believe that they are in touch with the “Living Force,” which flows around and through all living beings, and that interacting through the positive energy of the force is good for the mind, body, and spirit.

They believe that this Force is the same as what other faiths might call “energy” or “magic” or “God,” and use it for their own personal growth, as well as for the good of those around them.

Many faiths promote an ethical framework that encourages peace and non-harm, but Jainism, an ancient religion from India, takes this farther than any other.

Jains, as the adherents of Jainism are called, believe that not only animals and people have souls, but plants and microorganisms as well. Each of these souls is considered equally deserving of compassion.

This strict commitment to non-violence presents difficulties in a Jain’s diet—adherents typically follow a strict vegan diet, avoiding fermented food and drink that typically contains bacteria, and do not eat after sunset for fear of accidently consuming a living creature with their food. At the extreme end of this, hundreds of Jains starve to death in India each year in what is called Santhara—suicide by self-starvation.

Besides the main tenant of non-violence, Jains also believe in reincarnation, and that the ultimate goal of life is to escape from the continuous cycle of rebirth through a peaceful life so that their souls can eternally rest in a state of bliss.

Zoroastrianism is one of the world’s oldest monotheistic religions, but there are so few adherents left today that few know of this faith.

This religion was founded by Zoroaster in ancient Iran around 3,500 years ago, and was one of the most widely-adopted religions in the world for almost a thousand years. Today, however, there are fewer than 190,000 followers, according to a report by the New York Times.

Zoroastrians believe that there is one God, and his name is Ahura Mazda. This God created the world and all that is in it, and revealed the truth of his nature through the prophet Zoroaster.

The Zoroastrian holy book is called the Avesta, and contains worshipful hymns, myths, stories, and details on how to conduct religious observances.

Most interestingly, Zoroastrians practice sky burials, in which bodies are exposed to the elements atop “Towers of Silence,” so as not to pollute the earth with their remains—they regard death as an evil.

It may not be long before this once-great religion fades completely away, so preserve this bit of human culture by learning all you can.

Raëlism is an interesting faith that teaches that all life on Earth was generated by extraterrestrials called the Elohim. These aliens appeared human when making contact with ancient man, and purposefully represented themselves as angels and gods.

Raëlians believe that those we know as the great religious founders and prophets, such as Jesus, Buddha, and Muhammad, were actually messengers of the Elohim. Adherents believe that the religion’s founder, Claude Vorilhon, now known as Raël, has been given the final message of the Elohim—that if humankind can become peaceful and aware enough, the Elohim will return and create ties to mankind.

Raëlians do not believe in the supernatural, but believe that all deceased humans will one day be resurrected through scientific means when the Elohim re-create them from their recordings of human memories and DNA. Those who were committed evil deeds in life will receive their normal punishments after re-creation.

Raëlism, in summary, replaces the deities of the main world religions with extraterrestrials. If you have an interest in UFOs and alien life, you might find further research into this religion enlightening!

Founded by Paul Twitchell in 1965, Eckankar is based on a 19th century Indian belief system known as Sant Mat. Those in this religion worship ECK, the Life Force.

Adherents believe that, through many reincarnations in the physical world, people have the chance to slowly find their way to God by removing negative karma. Practitioners engage in spiritual exercises, such as singing, in order to better recognize the presence of ECK.

Dreams are considered of utmost importance in this religion, and are thought of as teaching tools. Members often engage in dream journaling, studying their dreams for bits of wisdom and guidance.

Through this, as well as other spiritual exercises that involve exploring one’s inner being, adherents hope to eventually re-join with ECK.

Eckankar is touted as being spiritual without being religious, and as such, adherents claim that they do not have to leave their original faiths in order to join—Eckankar merely helps them to find a more direct path to God.

A World of Theologies

A World of Theologies

As you can see, beliefs are as varied as people are, and arise from a wild variety of sources. It seems that the need to believe is a deeply human attribute, and this handful of faiths is only the beginning of the multitude of religious beliefs that fill our world with faith. 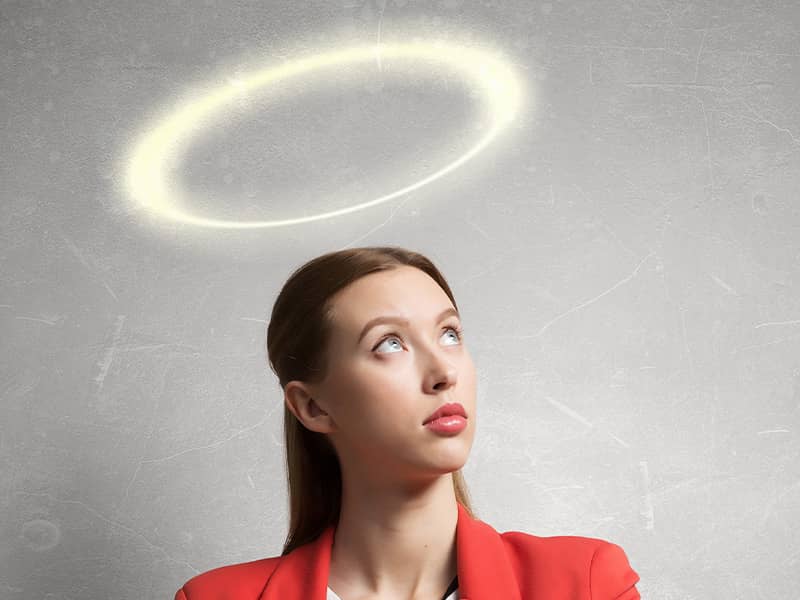 Why Won't Being a Good Person Get Me to Heaven?
The only way to get to heaven is through Jesus Christ. Read next feature >
Wesley Baines is a graduate student at Regent University's School of Divinity, and a freelance writer working in the fields of spirituality, self-help, and religion. He is also a former editor at Beliefnet.com. You can catch more of his work at www.wesleybaines.com.