6 Famous Scientists Who Were Christians

These scientists saw no conflict between faith and religion. 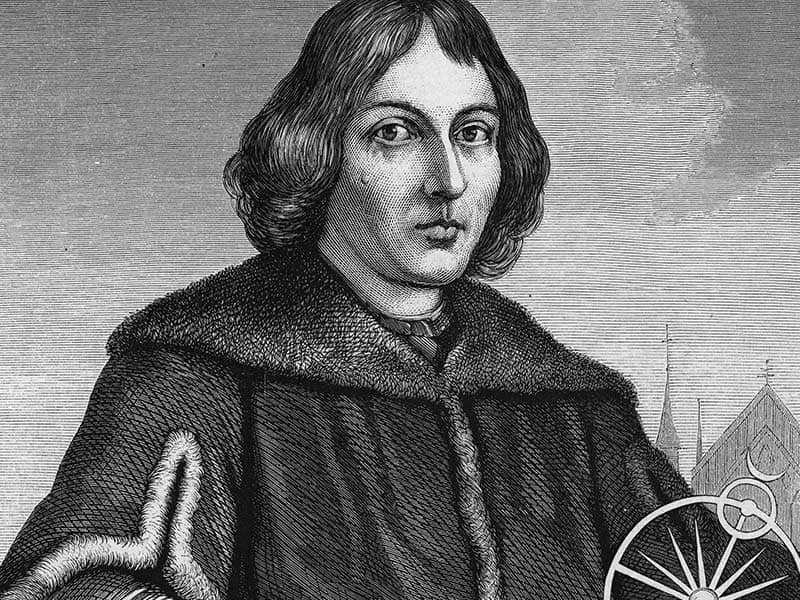 Public Domain
Science and Christianity are often misconstrued as being opposites and mutually exclusive. Plenty of atheists claim that Christians are unable to be scientists because they will stick to literal interpretations of the Bible rather than listening to what evidence from scientific experiments shows. Christians in return argue that atheists try to fit the evidence into preexisting notions anyway and dismiss what does not fit their belief in no Creator. There have certainly been entertaining mental gymnastics done by both Christians and atheists in order to fit bizarre happenings and scientific mysteries into both Christian and atheistic thought.
Despite many atheists’ desire to claim they have a monopoly on reason, science and Christianity are far from mutually exclusive. Christians were responsible for many of the earliest scientific breakthroughs that form the underpinnings of modern science. Nicholas Copernicus, for example, championed heliocentrism, but he was a devout Christian.  Charles Darwin, whose work became a lightning rod for the so-called conflict between science and religion, explicitly denied being an atheist, claimed there was no reason to doubt a person could not be both religious and believe in evolution, wrote a poem mocking atheism and repeatedly used the word “Creator” in his writings. Plenty of other notable scientists have found no conflict between their work and their faith. Here are six famous scientists who were Christians. 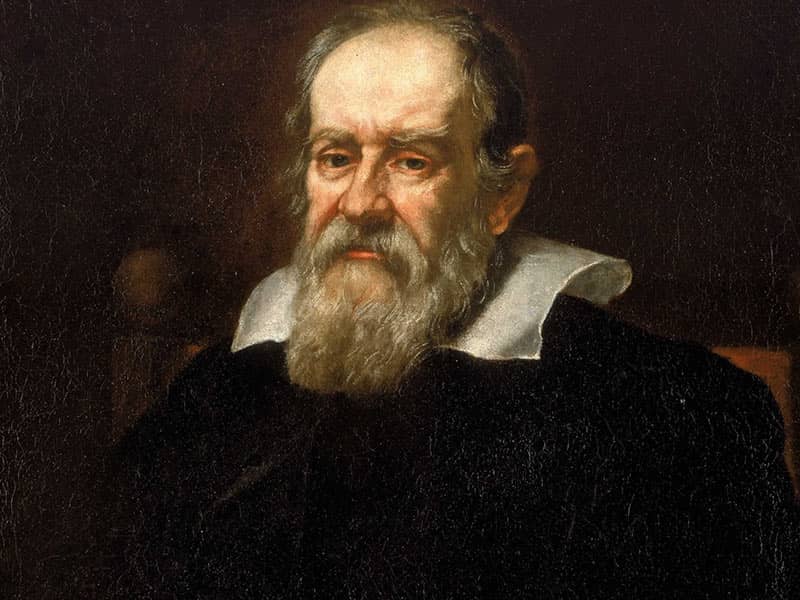 Galileo Galilei is one of the most famous names in science. He is best known for his contributions to astronomy, but he also improved the science of motion and mathematics. He set up standards for length and time which allowed measurements made in different places on different days to be compared in a reproducible fashion. As an astronomer, he correctly identified supernovas as distant stars, which disproved the reigning Aristotelian belief in the immutability of the heavens, and discovered and named the largest three moons of Jupiter. His observation that Venus exhibited a set of phases, like the moon, helped tear down the geocentric model of the solar system. Galileo also observed sunspots, Neptune and was the first to realize that the “strange spots” on the moon were actually topographical features. Galileo used his artistic training to create topographical charts that estimated the height of the mountains on the moon.
Galileo’s observations often put him at odds with the Catholic Church which saw heliocentrism as heretical. Despite the church’s opinion of him, Galileo remained a devout Christian throughout his life. He saw science and religion as interrelated, stating that “God is known by nature in His works, and by doctrine in His revealed word,” and that the “Bible teaches men how to go to heaven, not how the heavens go.” 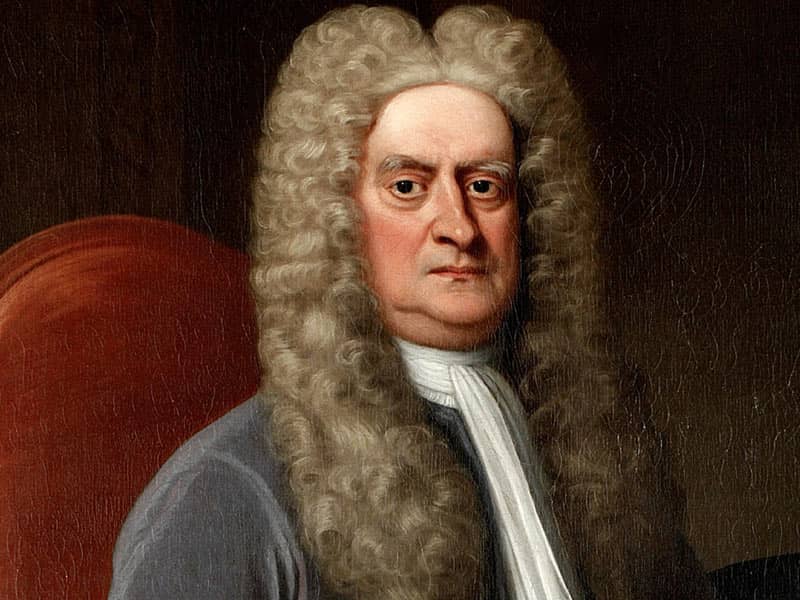 Isaac Newton is arguably the most famous name in physics and is considered to be one of the most influential scientists of all time. Born in 1643, Newton is known for laying out the foundation of classical mechanics and shared credit with Gottfried Wilhelm Leibniz for developing infinitesimal calculus.
Newton’s book “Philosophiae Naturalis Principia Mathematica” or “Mathematical Principles of Natural Philosophy” was published in 1687 and contained the laws of motion and universal gravitation that are still taught in every physics classroom today. While there have been holes discovered in his theories, it was Newtonian physics that took the Apollo missions to the moon.
Newton’s faith was nearly as odd for his time as his work. He was a devout Christian, but was unorthodox for his time. Even though he worked at the University of Cambridge, he refused to take holy orders in the Church of England. While he had set out as a scientist to explain the universe, he warned against using science to view the universe as a lifeless machine. “Gravity explains the motions of the planets,” Newton said, “but it cannot explain who set the planets in motion. God governs all things and knows all that is or can be done.” 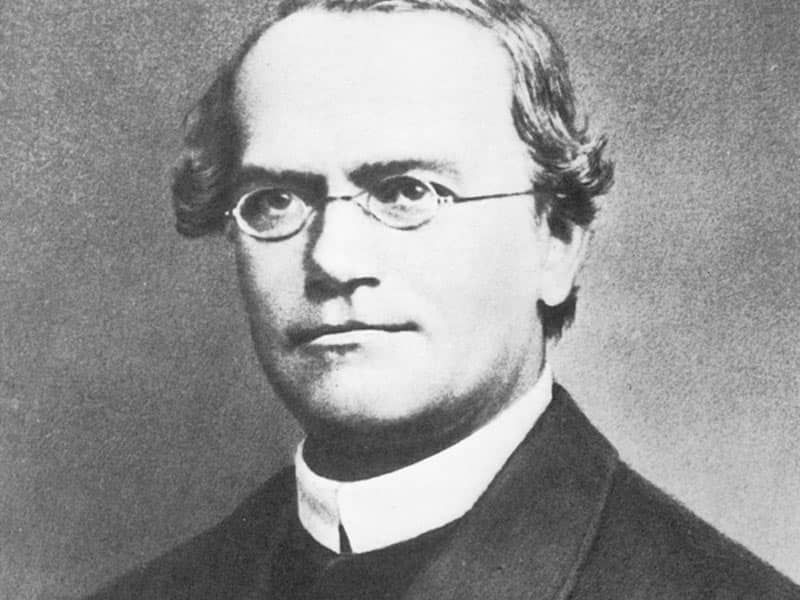 Gregor Mendel is often called the father of modern genetics. He carried out a series of studies on the common edible pea in 1856 and focused on seven traits that seemed to be inherited independently of other traits. He controlled the pollination of some 28,000 plants during the course of his experiments. His findings led him to state the Law of Segregation, the Law of Independent Assortment and the Law of Dominance which are known today as Mendel’s Laws of Inheritance. These basic laws form the foundation on which the modern study of genetics is built.
Genetic work has become a bone of contention with religion in recent years, but Mendel had no problem mixing science and religion. He was an Augustinian friar and abbot of St. Thomas’ Abby in Brno, Margraviate of Moravia. Mendel’s famous pea plant experiments were approved by Abbot C.F. Napp, a fellow monk, and Mendel was allowed to conduct his research on two hectares of the monastery’s gardens. 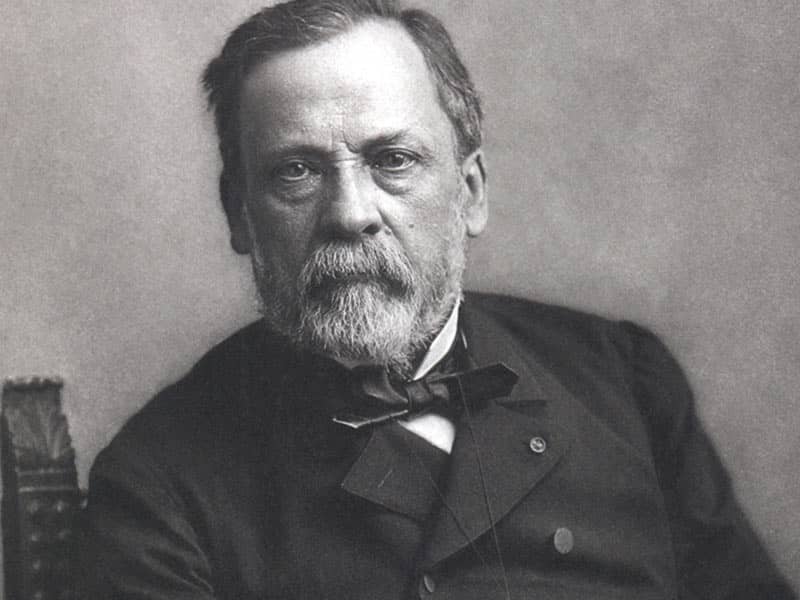 Louis Pasteur is sometimes called the “father of microbiology.” He, along with Ferdinand Cohn and Robert Koch, is one of the three main founders of bacteriology, the study of bacteria. Pasteur is known for his breakthroughs in disease prevention which allowed for a reduced mortality from puerperal fever. He also created the first vaccines for rabies and anthrax, and his discoveries provided direct support for the germ theory of disease which revolutionized clinical medicine. Pasteur is best known, however, for disproving the long-held doctrine of spontaneous generation. His famous experiments showed that microorganisms could not develop from nothing. Instead, they were born of contamination. These experiments used a process for stopping the contamination of milk and wine that was revolutionary in its time and a form of which is still used today. The process was called pasteurization in honor of its discoverer.
Pasteur was a Catholic throughout his life. His son-in-law wrote of Pasteur: “Absolute faith in God and in Eternity, and a conviction that the power for good given to us in this world will be continued beyond it, were feelings which pervaded his whole life; the virtues of the gospel had ever been present to him.” 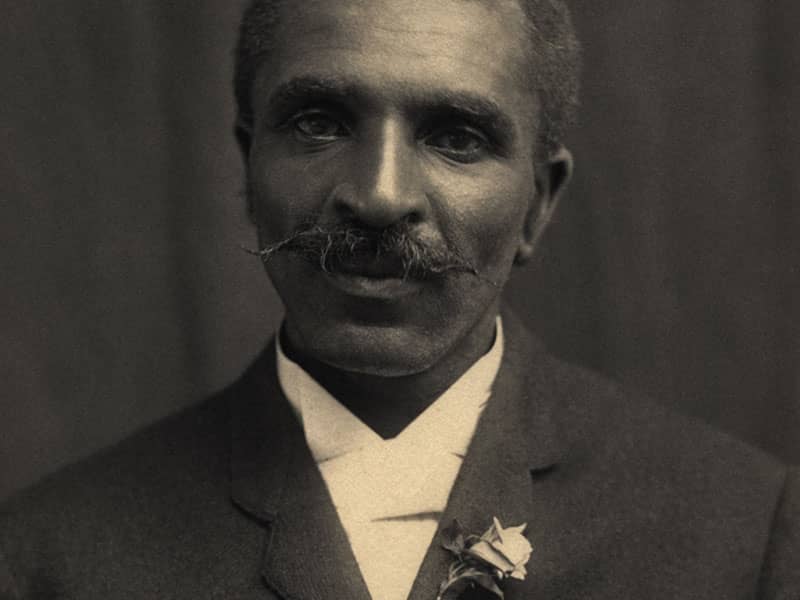 George Washington Carver developed techniques to return nutrients to soils that were depleted by repeated crops of cotton. He urged farmers to practice crop rotation and alternate cotton crops with sweet potatoes or legumes such as peanuts. The latter crops would restore nitrogen to the soil and give farmers both an alternative cash crop and better cotton yields in cotton years.
Carver is best known for his work on peanut crops and devised over 30 products that could be created using peanuts. Among them were dyes, plastics, milks, cosmetics, medicinal oils, soap, ink and gasoline. He also discovered 118 uses for sweet potatoes including postage stamp glue, vinegar, flour and synthetic rubber.
Carver saw no problem with being a Christian and a scientist. In fact, Carver testified repeatedly that his Christian faith was the only mechanism by which he could effectively pursue science. He believed that God provided everything that people needed, but it was up to humans to discover the secrets and uses hidden within each plant, animal or mineral. 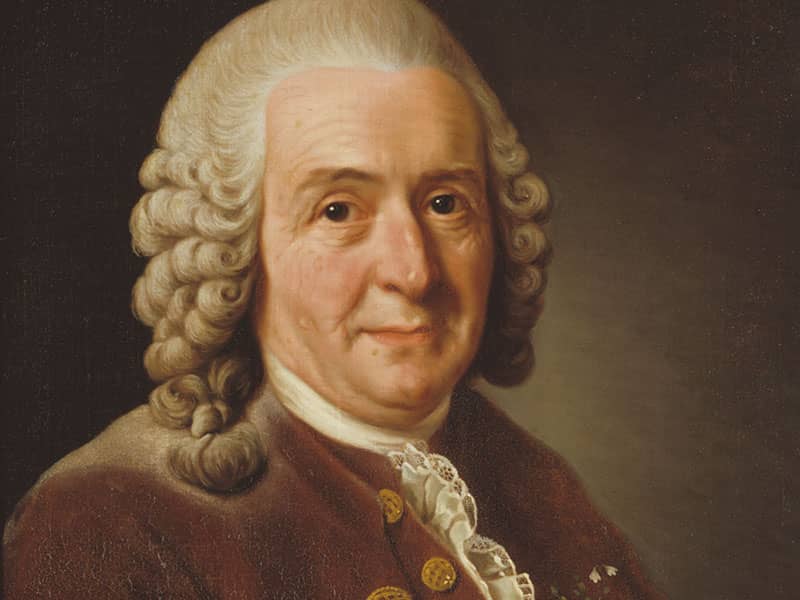 Carl Linnaeus, also known as Carl von Linne or Carolus a Linne, is often called the father of modern taxonomy. He formalized the modern system of naming organism through binomial nomenclature. This system involves a generic name, now called the genus, and a specific name unique to that organism, now called the species name. Higher taxa were constructed and ordered in a simple and understandable manner. This new naming system turned sentence long, unwieldy scientific names used at the time into succinct, practical identifiers.
Linnaeus shocked the world when he classified humans just as he did every other creature. This was arguably the beginning of the debate about man’s origins that would explode with the publication of Darwin’s “On the Origin of Species.” Despite the controversy, Linnaeus stuck by his decision to classify man as part of nature rather than a distant, separate ruler of it. He never saw this as a betrayal of his Christian faith which was central to his studies. He believed that “The study of nature would reveal the Divine Order of God’s creation, and it was the naturalist’s task to construct a ‘natural classification’ that would reveal this Order in the universe.” 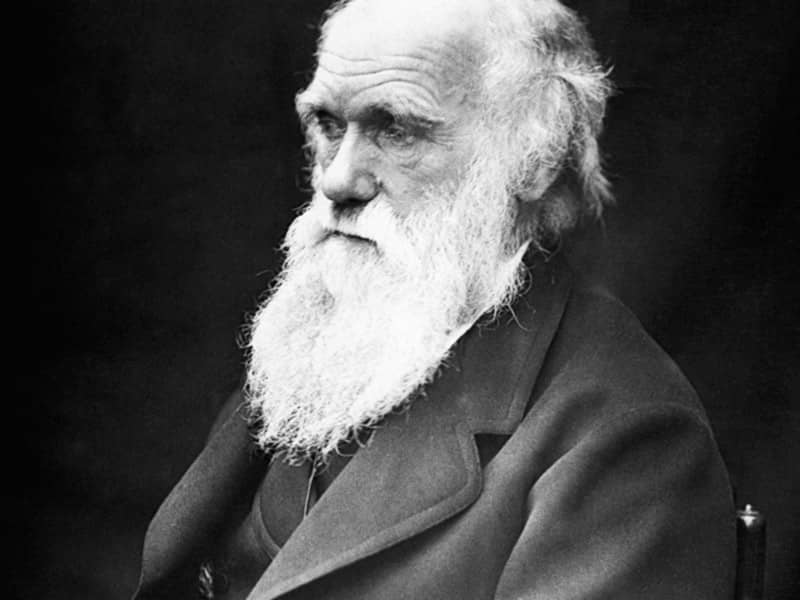 The so called conflict between science and religion is a modern invention and illusion. Thousands of scientists throughout history have continued to study the natural world while still holding to deep religious convictions. Devout Christians have been some of the most famous and influential scientists of all time. From Saint Hildegard who founded scientific natural history in Germany in the 12th century to Antony Hewish who won the Nobel Prize for Physics in 1974, Christians have a long history of scientific exploration and discovery, and no fictional conflict is going to keep them from continuing to learn about the world God created. 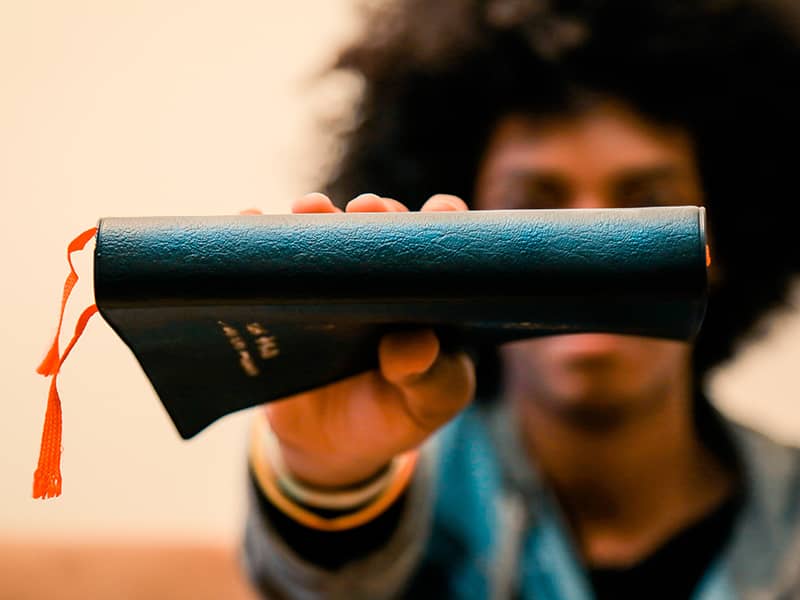 Being Real in Your Faith: 5 Tips From a Teen
Timely insights for Christians of all ages on living out your faith. Read next feature >
Stephanie Hertzenberg is a writer and editor at Beliefnet. She is a graduate of the College of William and Mary where she majored in Religious Studies and minored in Creative Writing. She maintains an avid interest in health, history and science.

More from beliefnet and our partners
Add some inspiration to your inbox
Sign up for Beliefnet's Best of Beliefnet newsletter.
From time to time you will also receive Special Offers from our partners
Stephanie Hertzenberg