As the Aug. 17 deadline passed for Israeli settlers to leave the Gaza settlements, Israeli soldiers and police moved in to the towns to evict the remaining Jews, including some who had taken refuge in synagogues. Senior editor Alice Chasan again spoke with Rabbi Bradley Hirschfield, an Orthodox rabbi and vice president of CLAL-the The National Jewish Center for Learning and Leadership, about the unprecedented events. For Part I, click here.

During the Gaza evacuation some settlers and their supporters have barricaded themselves in synagogues in settlements such as Gadid, Kfar Darom, and Neve Dekalim and refused to leave, forcing Israeli soldiers and police to forcibly remove them. Is there any precedent for Jews physically removing other Jews from synagogues?

There has never been a time when the Jews were as powerful politically as they are today, nor has the synagogue ever held as much importance in Jewish history. The centrality of the synagogue actually emerged in response to the statelessness of the Jewish people. Historically, it has been a place of last, sacred refuge and final prayer and a place to come together in a time of pain. But in this instance, the Jewish state needed to exercise force to remove Jews from the synagogues in Gadid, Kfar Darom and Neve Dekalim.

It is agonizing to watch Jews removing Jews bodily from the synagogue. It was very painful. I was crying as I watched it. Even the soldiers were weeping.

What Jewish principles should we use in understanding or interpreting the removal of the settlers and their supporters from the synagogues?

The first and most general Jewish legal principle at issue here is Dina d'malchuta dina-the law of the state is the law. It's a basic principle in Jewish law, ironically established to justify why Jews should adhere to the laws of the non-Jewish states in which they live. But it needs to be applied here, too-in fact, it needs to be especially applied here, because it is the collective will of the Jewish people, which is also a legal precedent.

A law established by the Jewish community is expected to be observed by the entire community. There is even a notion, although not broadly accepted by most halakhic authorities-though interestingly, most accepted in the ultra-nationalist, religious Zionist world-that the modern state of Israel approaches the authority of the kingdom of Israel of antiquity.

Here's the irony: The very people who see the greatest spiritual significance in the political activity of the secular state are the ones who ought most adhere to the norms and edicts of that state, even when they find them repugnant. It is the religious, nationalist camp, of which I am a part, that was the quickest to say that in the modern world, the laws of the democratically elected Knesset [Israel's parliament] actually approach the sanctity of a prophetically appointed king.

When was this principle first enunciated?

The first person who really articulated this was Abraham Isaac Ha-Cohen Kook, the first chief rabbi of the land of Israel in mandatory Palestine.

It's really a double-edged sword: To run to the synagogue in a time of crisis is exactly what a religious Jew would do. On the other hand, it actually forces what some will see as the desecration of that space.

There were examples [this week], and [the settlement of] Morag was a good one. Rabbi Menachem Froman modeled beautifully both the agony of having to leave and the dignity of doing it peacefully. [The settlers] negotiated with the police, they prayed one final time, he carried the Torah out, and was followed by residents and students. No one was hurt, not a hand was lifted, and everyone understood fully how painful this was. In fact, it is that kind of peaceful withdrawal that forces even those who previously didn't understand how painful [disengagement] was to admit that it is.

The moment you have teenagers and twenty-somethings throwing gun-cleaning fluid on police officers and soldiers, the truth is there's nothing to be sympathetic about at that point. I understand that they are in pain, but at that point, they have crossed the line and their pain has turned them into criminals.

There were some amazing scenes of soldiers showing great forbearance in their willingness to talk with settlers for hours and then, correspondingly, settlers who mourned and grieved over the wrenching loss, but then left peaceably.

The truth is, there are going to be no Jews left in Gaza very soon, and then the question will be, will the Palestinian community enforce the rule of law in its mosques in the way that Israel has enforced it in its synagogues.

Has there ever been another time or place in history when Jews voluntarily made a place free of all Jews?

A voluntary displacement? I genuinely cannot think of one right now.

Given the Jewish history of exiles and expulsions, this act of removing Jews from the land has a great deal of religious significance for many people.

Yes, that is what's being played out here. It's very painful, because this resurrects all of those feelings. But what we should never lose sight of is that in one way, while Jews doing this to Jews makes it more painful, it also makes it less, because it is one more symbol of the fact that Jewish destiny-political, geographic, and spiritual-is in the hands of Jews. And that is something to celebrate.

Once upon a time, David Ben-Gurion said we'll be a real state when we have Jewish burglars and Jewish prostitutes. Maybe what we have to accept is that for the 21st century, we're a real Jewish state, because it's Jews who exile Jews in the best interest of the entire Jewish people.

Is there any precedent in Jewish history of Jews removing other Jews from a place of religious sanctuary?

There are two examples of Jews evicting Jews-both happened in regard to the Temple. The first was the Maccabean revolt-the Hellenized Jews, in control of the temple, were in conflict with the Maccabees, who ousted the Hellenizers and cleansed the Temple.

The second, in the Roman era, was that of the Zealots, Jewish nationalists who took control of the Temple mount and drove other Jews from the city.

In both Hasmonean times [when the Maccabees held power] and the time of the revolt against Rome, the Jewish state was less powerful; it was really a client state of the great empires. So the real lesson may be that only with genuine power and a truly sovereign state was it possible for the Jews to evolve an ethics of power that allows us to conduct such difficult policies humanely and less violently.

Many families may be looking for rabbinic guidance about whether they can ask their children to enter the Israeli army if they might be called upon to forcibly remove other Jews from someplace in the future. Is there a Jewish way to think about this?

I think it's an oversimplification, because it assumes that the settlers in question don't understand the larger questions we've been talking about. They do have a larger conceptual framework about the destiny of the Jewish people, exercising power in its own land. And so as awful and mistaken as some of them think this is, the larger category of a free, strong, Jewish people exercising its collective will is a sacred obligation.

When those young men and women, when they go to do their service, they understand fully that it is a religious act. The day you put on a uniform, if you're from the religious nationalist community, it's as sacred as the first time you wrap yourself in a prayer shawl. 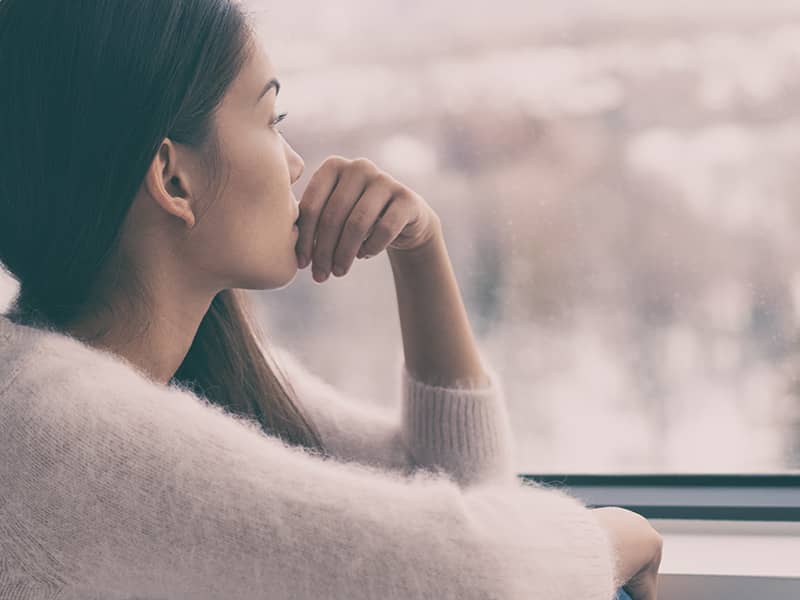