'Our Gods and Goddesses Are Closer to Us'

How modern pagans are reviving the polytheistic religions of the ancient Greeks, Druids, Egyptians, and other civilizations.

This year, Andrea Berman will watch the Olympics for the first time in her life. But she doesn't care who will jump the highest, run the farthest or swim the fastest. She'll be watching the games-being held this year in Greece, their ancestral home-for any mention of Zeus, Athena or Apollo.

"I will watch it to see if anything even remotely resembles anything I would know as an ancient ritual and tradition," Berman said. "But I kind of have mixed feelings. On one hand it will be great to see ancient traditions represented. But on the other hand, I know what the country of Greece thinks of our religion and people there who want to do this do not have the religious freedom to do it."

"This" is worship the Greek gods. Berman is a Hellenic reconstructionist-a practitioner of the religion of ancient Greece. A spare bedroom in her Boston area apartment is decorated as a temple room with statues of Apollo, Pan, Artemis, Dionysus and Eros. And like all Hellenic reconstructionists, she knows the original Olympics were not just a massive sportsfest, but a religious rite central to the worship of Zeus, chief among the Greek gods.

Reconstructionists are a group of neo-pagans-people who look to pre-Christian cultures for their faith-different branches of which worship the gods of ancient Norse, Roman, Egyptian, and Druid peoples. And while scholars say their numbers are only a fraction of the neo-pagan community, they also say they are a vibrant illustration of the rejection of traditional religion in the United States. And, in a curious boomerang effect, they are part of a movement away from the more eclectic forms of neo-paganism, like Wicca, taken up by pagan pioneers in the 1960s and 1970s.

"Reconstructionist groups seem to be kind of in the middle," said Sean McCloud a professor of religion and modern culture at the University of North Carolina in Charlotte. "On the one hand they want to embrace a coherent religion where they are not making things up. On the other hand, it is not the religion of their parents."

That is certainly true of Berman, a 26-year-old web developer who was raised in a non-religious home by a Jewish father and a Catholic mother. As a young teenager, she practiced Wicca. By college, she was into Celtic spirituality, but moved to the Greek gods literally overnight when, she recalled, a god appeared to her in a dream and said, "I am Apollo. You belong to me."

On a Saturday afternoon in July, Berman, known in her faith as Kyrene Ariadne, dressed in a long silky skirt of blue roses to join three likeminded worshippers and a guest to mark the Bouphonia, or Greek new year. The two men and three women assembled in the hall outside the temple room and chanted together from a prepared script:

"Hestia, tender of the hearth, first among gods, you sit at the center; steadily burns your flame."

In solemn single file, they moved into the room to form a circle about a center altar draped with a black cloth and set with a candle and brass bowl of burning frankincense. They poured water into a bowl to wash their hands and faces, then raised their palms to the sides of the their faces as they continued to chant hymns to Pan, Artemis and Zeus:

"I shall sing of Zeus, the best and the greatest of Gods,
Far-seeing, mighty, fulfiller of designs who confides
His tight-knit schemes to Themis and she sits leaning upon Him.
Have mercy, far-seeing Kronides, most glorious and great."

After the ceremony, which included the ritual disemboweling of a loaf of bread representing a sacrificial bull, the group shared a meal of hummus, pita, dolmatas and rice pudding around Berman's dining room table.

Berman, who wears a sun pendant as a symbol of Apollo, said venerating the Greek gods brings her a sense of peace and connection she has found nowhere else.

"I don't know how to describe it except to say that I felt like I was coming home," she said. "I know it is where I want to be."

No one knows exactly how many neo-pagan reconstructionists there are. There is no formal membership, no centralized authority like a church or a seminary, though several groups run clergy training programs. But Helen Berger, a religion sociologist and author of "Voices from the Pagan Census: A National Survey of Witches and Neo-Pagans in the United States" (University of South Carolina Press, 2003), estimates there are between 200,000 and 400,000 neo-pagans in this country. Reconstructionists, she said, are a sliver of the whole picture.

Because their numbers are so small, the majority of reconstructionists are "sole practitioners," conducting rituals, ceremonies and study on their own. Because of their isolation, and because many are young enough to have been raised with computers, the internet serves as a pipeline to the broader reconstructionist community. There are numerous websites and chatrooms devoted to each of the reconstructionist faiths, outlining the customary worship of the various gods, the origins of festivals, and the proper preparation of rituals.

Jennifer Guimaraes, a 22-year-old Las Vegas homemaker and mother, says the internet is vital to her worship of the Greek gods. She and her boyfriend, also a Hellenic reconstructionist, founded Thiasos Dionysos, an online discussion group dedicated to the Greek god of wine and agriculture with about 60 regular participants. Members exchange information online, but worship on their own.

Guimaraes, who came to the Greek gods after a period practicing Wicca, says tapping into the ancient rituals of the past brings a sense of authenticity she has not found in other religions.

"Even though a lot of people consider it a dead religion, reconstructionists approach it in a way that it is not dead. It is personal. If you crave some sort of tradition, this is where people are going to look for it."

It isn't just the Greek gods that are enjoying revived interest. There are Egyptian, Norse, Roman, Celtic and Druidic reconstructionists as well, with small groups of six to thirty people meeting in places as varied as Texas, California, Florida and Illinois.

Paula Ashton is a 35-year-old executive assistant in Chicago and a member of the Kemetic Orthodox faith, a group that worships the Egyptian gods. Kemetic Orthodox recently made the leap from online community to a physical one with the opening of a temple in Joliet, Ill.

"It seems to me like I have personal relationship to my god," Ashton said of what draws her to her faith and the goddess known as Aset, or Isis. "She is looking out for me. Then I look at strangers and they, too, have a personal connection with their god, be it Jesus or whoever, and we are all connected. We are all part of this. It helps me understand strangers better. It helps me understand humanity better. It helps me get in touch with the rest of the world, it helps me be more compassionate."

In Walnut Creek, Calif. Stefn [CQ] Thorsman is "steersman," or chief executive, for the Troth, an organization of affiliated "kindreds," or small groups, and solo practitioners of Asatru, a form of Norse reconstructionism. Thorsman, a stand-up comedian, said one of the appeals of Norse polytheism is that it reveres the divine in all things, living and inanimate, male or female.

In meetings, Asatruars study and discuss the gods of the Norse pantheon-Thor, Freya, Frigg and Odin among them. They celebrate a number of festivals, including the "freyfaxi," a harvest festival, and the "einherjar," a celebration of those killed in battle.

Offline reconstructionist groups are rare, though their numbers appear to be growing. Berman's group, called Hellenion, made the leap from cyberspace to temple space in 2001 when they founded as a religious non-profit and began holding monthly worship services. By the end of that year they numbered three "demoi," or congregations, though the largest was Berman's with seven members. There are now nine Hellenion groups in places as far away from Athens, Greece as Jackson, Miss., Lancaster, Penn, northeastern Ohio and Dallas, Tex.

Like most reconstructionists, Hellenion's members want to reproduce the ancient rituals as closely as possible. But this is a problem when it comes to animal sacrifice, which the Greeks performed routinely. At the ancient Olympics, 100 bulls were sacrificed to Zeus. But at July's Bouphonia, Hellenion members decorated a hollowed-out loaf of bread with two small brown cones inserted in one end to represent horns. The crusty loaf had been hollowed out and filled with barley to represent blood.

During the ceremony, Tim Anderson, a 19-year-old college student studying for the Hellenion clergy, lifted the bread over his head and pierced it with a knife. The barley fell into a bowl that he then raised over his head and presented to the gods as an offering and left on the altar as sacred to Demeter and Persephone. He then handed the gutted bread to Kyrene Ariadne and asked if she would "scry for divinations."

"For obvious reasons, we don't want to sacrifice a bull," Berman said later. "We have lots of arguments in our community about the purity of ritual, but this is one thing that people generally agree on-that doing animal sacrifice is outdated and has lost any original meaning it once had."

"It is more or less like post-modern architecture," said Berger, who once attended a reconstructionist ceremony in which a pineapple was sacrificed. "They are taking bits and pieces of things from different places and making something that is really contemporary."

Peering into the gutted "bull," Berman reported to the group that she saw the Greek letter lambda, and books on the temple room's shelves revealed it meant a sinister thing or event may be a blessing in disguise. Berman sees this as a positive sign. She expects interest in Hellenic reconstructionism to rise after the Olympics, as it did after this year's television broadcast of "The Odyssey" and the release of the movie "Troy," when the number of hits to Hellenion's website spiked.

That's fine with Berman, who hopes others will find their way to the Greek gods. 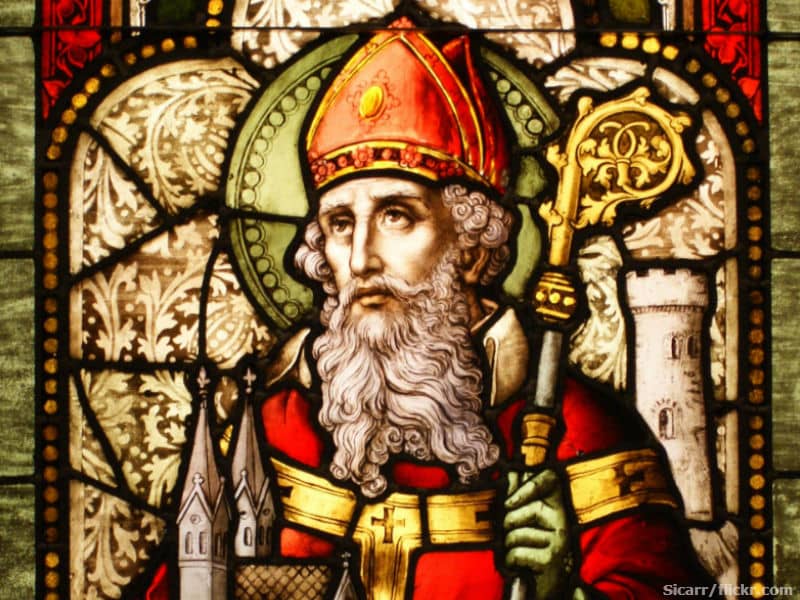