Does a Dog Have Buddha-nature?

A monk asked Chao-chou:
"Does a dog have Buddha-nature or not?"
Chao-chou replied: "He does not."
-- A Zen koan

When a scholar of Zen Buddhism has a dog called Mu, as I do, people think they know why. But things are not always what they seem, and my black Lab's name does not come from the famous koan "Mu." It derives, rather, from Mustafa--the name given him at the humane society when he was picked up as a stray puppy. Mustafa soon became Musty and then just Mu...his Buddha-nature was never in question.

The koan "Mu," aka "Chao-Chou's Dog" [in Japanese Zen, it is known as "Joshu's Dog"], also has a pedigree that is rather different from what one might imagine. Today this koan is regarded as an ideal device for cutting off discursive, conceptual thought and for leading Zen trainees to an initial experience of enlightenment: yet it is actually derived from a highly intellectual scholastic debate over the presence of Buddha-nature in sentient and insentient beings that continued for centuries in medieval Chinese Buddhism. Readers who want a taste of the arcane details of that debate, and a lucid interpretation of the koan in its original philosophical context, are advised to check out an article by Buddhist scholar Robert Sharf entitled "On the Buddha-nature of Insentient Things," on the internet.

As Sharf points out, the discourse records of the Ch'an [Chinese for "Zen"] master Chao-chou Ts'ung-shen (778-897) contain three in which the master responds to questions about Buddha-nature. The first such exchange reads as follows:

Here the student expressed what all Chinese Buddhists from about the 7th century on took for granted: that all sentient beings are innately possessed of Buddha-nature (or Buddha-mind). Chao-chou's "wu" was thus unexpected and perhaps intended to shock, but it was not necessarily enigmatic. He may simply have wished to stress the point that although living beings have Buddha-nature, unless they realize that fact by "seeing the nature," they remain caught up in delusion and continue to suffer in the karmically conditioned round of rebirth.

Here the question concerns the presence of Buddha-nature in an insentient thing, a tree. Chao-chou is willing to concede that, in a certain sense, all of existence is coexistence with Buddha-nature or Buddha-mind (for nothing could exist "outside" of it). He wants to argue, however, that only sentient beings can "become" Buddhas by waking up to or seeing the Buddha-nature within them; such an epistemological transformation is impossible for insentient beings, at least until the end of the world.

This article appeared in the Summer 1999 issue of Tricycle: The Buddhist Review. Reprinted with permission of the author. T. Griffith Foulk teaches Asian religions at Sarah Lawrence College in Bronxville, New York.

[A student] asked: "Does a dog have Buddha-nature or not?" The master said: The [road] in front of every house leads to Ch'ang-an [the capital]."

Here Chao-chou affirms that all sentient beings do in fact have Buddha-nature, dogs included, but again he implies that they need to wake up to the fact if it is to do them any good. The "road that leads to Ch'ang-an" may run in front of every house, but unless one actually travels it, the sights and smells of the capital can only be imagined.

Some dog lovers suggest that their own pooches have not only gone for walks around their neighborhoods but actually have made the trip to Ch'ang-an. It is unlikely, however, that Chao-chou had such a fond view of the species: Dogs in medieval China were more likely viewed as filthy curs, or as sources of protein, than as "man's best friend." They are, on occasion, identified in Buddhist morality tales as bodhisattvas in disguise, as were beggars and pregnant women, but such stories gained their edifying force precisely from the ordinarily low, polluted state of the beings in question.

My Mu is a beloved pet, but he surely has not glimpsed his own Buddha-nature. Nor does he recognize that of squirrels: The mere sight of one, and all of his bad karma, born of beginningless greed, hatred, and delusion, comes rushing out in an eye-popping snarl. And when it comes to oak trees, lampposts, and other insentient things, not even their Buddha-nature can save them from the indignity of being his territorial markers. 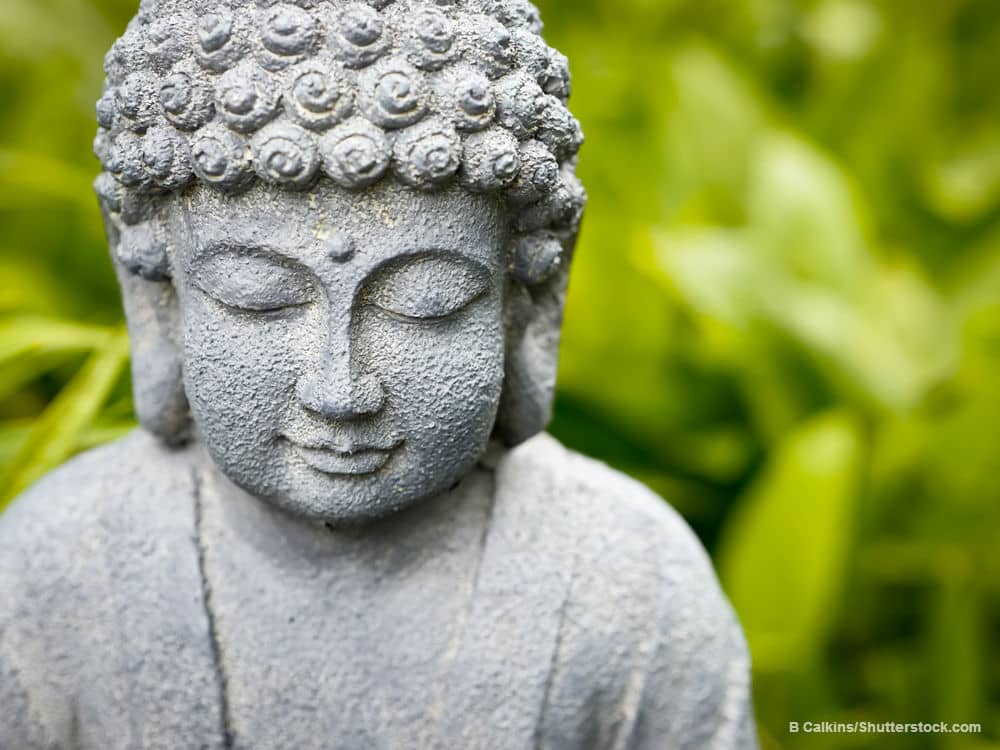 The Healing Power of the Precepts