(RNS) In the story of Jesus, Pontius Pilate is little more than a footnote, his 15 minutes of fame stemming from a cameo appearance in the Easter drama when he sentences the Son of God to die on the cross--a decision that forms the crux of Christian belief that Jesus died on the cross for the sins of humanity.

His role in Jesus' death is nearly all that can be certain about this Roman governor of Judea. Still, Pilate's image has been endlessly refashioned in the centuries since that fateful encounter with Jesus. From the penitent Christian convert of medieval legend to the saint of the African Coptic tradition to the biblical boogeyman of the 20th century, his image has constantly shifted.

"We've been given so many versions of Pilate over the years, but yet we've got so very little to go on," said Ann Wroe, an editor at the London business magazine The Economist and author of the new "Pontius Pilate" (Random House).

"Pilate is so important to the whole redemption story that we've got to make something out of him--you can't have someone who is so key and not know about his character. We can't just let him go."

Pontius' reputation took a beating as early as the first century from some Jewish writers who thought Gospel writers treated the Roman governor with kid gloves in biblical accounts of the crucifixion.

"There was a sense that Pilate was well-treated in the Gospels at the expense of the Jews," Wroe said. "People wanted to show that Pilate had more responsibility for Jesus' death than the Gospel writers let on."

The specter of Pilate as biblical boogeyman blossomed within the past century, said Wroe, as writers, theologians, and even filmmakers seized upon the story of Jesus and Pilate as a handy metaphor for the individual battling authority.

"In 20th-century accounts, Pilate is viewed with more and more disfavor," Wroe sid. "Jesus is portrayed as a political rebel, a man struggling against the state, and if you make Jesus a rebel of that sort, then Pilate has to represent all that is overweening about the state. And in the 20th century, states are much more huge and much more pervasive than before, so Pilate has gradually taken on the role of the tyrant and oppressor.

"The worker-priests in Soviet-controlled Europe and the liberation-theology priests in Central America often compared themselves with the state in the Jesus/Pilate way," she added.

But Pilate wasn't always the designated bad guy; Coptic Christians of Africa took a gentler view of the man and elevated Pilate and his wife to sainthood. The two are commemmorated in St. Pilate and Procula Day on June 25.

"According to the Gospels, Pilate's wife sent a message to Pilate saying 'have nothing to do with this just man,'" said former California Sen. James Mills, whose historical novel, "Memoirs of Pontius Pilate," appeared in March. "That's why she was considered a saint by some--she recognized Jesus was the Messiah."

"Pilate was supposed to have been crucified because he had become a closet Christian, together with his wife, and both the Romans and the Jews decided to get rid of him," she said. "The story is that he was crucified not once, but twice: He was cut down from the first cross and put on the actual cross of Christ (which was still lying in the tomb) so that he could mirror his sufferings in every detail. A martyr's crown descended from heaven for him, but before he could receive it he was summoned back to Rome, where he was eventually beheaded!"

Such stories, she said, highlight the idea that mercy can be extended to all--even the murderer of Jesus.

"Through these stories, we get the feeling that anybody can be redeemed--Jesus isn't going to leave anybody out in the great scheme, so even the man who sent him to his death is capable of redemption," Wroe said. "It's a persuasive image, a comforting and powerful image. There's the sense that grace is extended to everyone."

In other legends, a remorseful Pilate takes his own life after realizing he killed the Son of God.

"Very early church authorities referred to Pilate's suicide," Mills said, noting that history left no real evidence of Pilate's fate. "Some people thought he committed suicide because he realized what he had done when he ordered the crucifixion of Christ; he was in despair after finally realizing the terrible thing he'd done."

During the 19th century, Pilate found a sympathetic audience in many British colonialists, Wroe said.

"Perhaps the most interesting 'kindly' view of Pilate is that of the Victorian empire-builders in the 19th century," she said. "They sympathized with him because they understood themselves what it was like to run an empire; they too often had to deal with 'gurus and imams' who had a big popular following but whose religion was a mystery to them. There was in fact a huge debate in the 1870s between John Stuart Mill and Virginia Woolf's uncle, James FitzJames Stephen, as to whether Pilate was right to crucify Jesus.

"Mill said he wasn't; it was an affront to liberty. But Stephen said he was, because his first priority was to preserve the peace. That would have resonated with a lot of Victorians," she said.

Whether saint or sinner, Pilate belongs as much to the 20th and 21st centuries as he does to the first century, Mills said, noting not much other than time separates Pilate from politicians of today.

"Pilate was a pragmatic politician like the ones you see in every city council," Mills said. "Pilate, like a lot of politicans today, would never jeopardize his position by doing the right thing. There are more politicians who are like Pontius Pilate than not--that is to say more politicians who realize what the right thing would be in a given situation but decide to do something else."

Ordinary folks too can easily identify with a man guided by his own self-interests, a man who buckled under peer pressure even in the presence, according to the story, of humanity's redemptor.

"He's a character ordinary people can sympathize with a great deal," Wroe said. "In the same position, perhaps we'd behave the same way." And therein lies his appeal, and staying power.

"People readily sympathize with him--almost more than Jesus," Wroe said. "Jesus is divine, so there is an element of distance, and you can only get so close. In Pilate, here's a man full of dilemmas and power he doesn't know how to exercise, and we've seen this type of man all through the centuries. Everyone knows a Pilate." 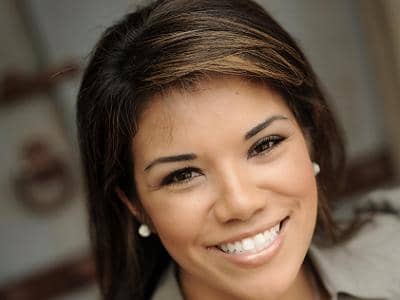