Wrong or Right – The Controversy Surrounding the 2014 Oscars

The reality is religion and God are two of the most controversial subjects in life. Whether or not the instances regarding Broughton occurred, it is safe to say that the religious backing of the song would have made headlines one way or another. 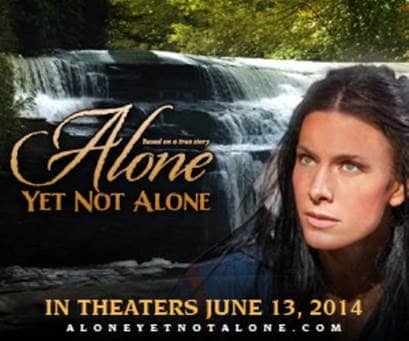 “God’s the light that will guide me home.” Those are lyrics, sung by evangelical minister Joni Eareckson Tada, from the controversial faith song “Alone Yet Not Alone.” The song is from an independent Christian film produced with the same name.

According to Boxofficemojo.com the film, at the time of nomination, was played on 11 screens nationwide for one week in October and grossed less than 135,000. With such small numbers and questionable screenings, many were perplexed as to how the film was nomination worthy.

According to many sources, the song’s eligibility was originally challenged. The Academy ruled in that the theater listings for showtimes qualified as the required advertisement necessary to prove validity. However, after further investigation the nomination was revoked due to controversial emails that the song writer Bruce Broughton sent to board members.

Broughton, a former member of the board of governors and currently on the music branch’s executive committee, violated the Academy’s rules against lobbying by personally emailing the members of the branch to make them aware of his submission.

In an interview with The Hollywood Reporter Broughton said, “I’m devastated. I indulge in the simplest grass roots campaign and it went against me when the song started getting attention.”

The song’s nomination spot will not be replaced therefore the contenders for best song are Pharrell Williams’ “Happy” from Despicable Me 2, “Let it Go” from the Disney film Frozen, “The Moon Song from Her” and “Ordinary Love” from Mandela: Long Walk to Freedom.

The question remains whether or not the song was rightfully striped of its nomination? Would the results be the same if the song wasn’t based on religion and God – two of the most controversial topics within our world? Or maybe this was all part of Broughton’s plan – a huge publicity stunt to bring attention.

The reality is religion and God are two of the most controversial subjects in life. Whether or not the instances regarding Broughton occurred, it is safe to say that the religious backing of the song would have made headlines one way or another.