Beloved, do not believe every spirit, but test the spirits to see whether they are from God, for many false prophets have gone into the world (1 John 4:1). 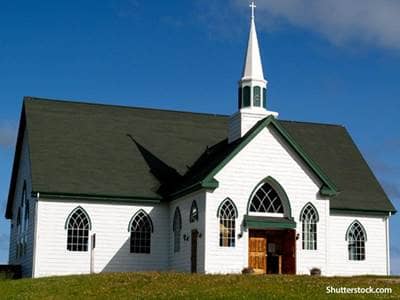 The people have spoken. Lifetime has officially cancelled the reality television show, Preach, saying that it was not performing well. A Lifetime Network representative told the Christian Post that it was pulled because “it wasn’t performing in this current time period.” Some believe the real reason is the 15,000 signature petition spearheaded by Tachina Carter who said, “The IMAGERY on this show is a TRAVESTY to the Christian Community. The women aka prophetesses are making a MOCKERY of the church and promoting foolish behavior that is not necessarily a true representation of the REAL power of God."

Whatever the true reason for the show’s demise, we should all be glad that Christians organized and took a stand against a cultural attack against the Christian community. The Bible warns us that in the last days humanity will be riddled with self-indulged lovers of money that will be controlled by carnality (2 Timothy 3:2). Believers are charged to not accept spirituality at face value but to test it.

One of the prophets featured on the show said that she is the Beyonce of the prophetic world. Now on the surface it may sound harmless, but to adopt this is to equate pop-culture and entertainment with the sacred work of the Holy Spirit. This is exactly what the show was doing making a spectacle out of the things of God.

True encounters with God are private life-transforming moments, not a vehicle for sensational, carnal behavior. There must be a holy fear especially when it comes to the ministry of the Holy Spirit. To trivialize this fact is to go too far and straddle even blaspheming Him for profit. So to the Christians who came together to stand against this false depiction of what it means to be a follower of Jesus Christ, whether you signed the petition or just refused to watch, thank you. As we stand up for God in a culture dominated by trends, we must never forget to stand against those expressions that are not of God…trying the spirits and testing for Kingdom validity. To God be the glory!