What is old is new again as Hollywood is abuzz about bringing back famous TV shows with original cast members including Coach, the X-Files and even Full House. Will these new shows work? Well, if last year’s 24: Live Another Day and Girl Meets World (revised version of Boy Meets World) are any indication of success, then it looks pretty good.

Although we are hearing a lot of talk lately of reuniting old TV casts, this is nothing new of course. For better or worse, television has churned out TV movies, specials and even series based of their former hits. Here a just a few that came for a visit.

In 1981, CBS had a good idea with horrible results in presenting a reunion movie of the Clampet family in The Return of the Beverly Hillbillies. Though it was written by the series creator, Paul Henning, it barely resembled the famous show. It only starred three of the main stars, Buddy Ebsen, Donna Douglas and Nancy Culp reprising their roles as Jed Clampett, Elly May Clampett and Jane Hathaway. The biggest missing piece of course was Granny, but Irene Ryan has passed away years earlier. Max Baer who played Jethro in the series refused to participate. The spirit of the original show was lost. In fact, they couldn't even film at the original mansion as it was unavailable at the time.

However, in 1993, CBS tried it again with The Legend of the Beverly Hillbillies and was the fourth-watched program. Baer decided to join Ebsen and Douglas for the special that ignored the former movie storyline. Jethro had grown into a L.A. Physician, his sister Elly May lived with a bunch of animals and Jed had moved back into the hills after his fortune was stolen from Mr. Drysdale.

In 1989, Don Adams and Barbara Feldon reprised their roles of Maxwell Smart and Agent 99 for Get Smart Again that featured many of the same characters and actors from the original show and was written by the same writers as well. In the movie, KAOS, which was considered defunct, had been brought back to life and who better to fight it than the Smarts. The movie did well enough that a new Get Smart series was created in 1995 with both Adams and Feldon with the addition of Andy Dick, playing the role of their son, Zack, of whom the new series would be centered around. Unfortunately, that series only lasted a few episodes.

Though the original series only lived on TV for three years, the re-runs of the series continued on non-stop. In the show's original run, Gilligan and his friends never made it off the island. An idea was drummed up 15 years after the show went of the air to revisit the group and have them rescued. The movie featured all of the original stars with the exception of Tina Louise, who refused to play the role of Ginger as she felt that role ruined her acting career. In this movie, not only do the characters get saved, but they realize how different the world became during their absence and discovered how they actually missed their lives on the island. The group reunites near the end of the movie and naturally, but accidentally, windup back on the island.

The TV movie was so popular, that two more reunion movies were created with the hopes or creating a new series, but it was not meant to be.

One thing that characterized this long-running show was it's slow pace, so it is no surprise when producers began working on Return to Mayberry in 1986 that its pace was also slow. This slow pace, and mild jokes, was somewhat lost on modern viewers. Still, the movie featured 16 of the original characters and actors and when it aired, it was the highest-rated made for TV movie of the year. It could have easily become a revised series, but Griffith was already committed to his current series, Matlock. The only main character not available for the film was Frances Bavier who played Aunt Bee.

Twenty years after Beaver went off the air, the Beav and his friends came back to the small screen in the form on Still the Beaver, which brought us up-to-date on the lives of Theadore, Wally and June Cleaver. Ward, the family patriarch, has passed away, but June continued to live in the same house. The Beaver had recently gotten divorced and needed a place for him and his children to stay. Wally on the other hand was happily married. Many of the brother's friends continued to live the area. Though, the movie somewhat portrayed the Beaver as a loser, it did very well in the ratings and the Disney Channel bought the rights to create a new series based on the movie. The TV show of Still the Beaver lasted only one year but was then purchased by TBS in 1986 and renamed, The New Leave it to Beaver which also went into syndication and lasted until 1989. Both shows mostly focused of the Beaver's and Wally's kids, but the original cast members showed up often.

The Brady family had a second chance of life in the 1981 sitcom, The Brady Brides, which focused on the double wedding of sisters Marcia and Jan and their new husbands. It only lasted for six weeks. Then in 1988, the TV movie, A Very Brady Christmas which featured all of the original cast members except for Susan Olsen (Cindy Brady) who was on her honeymoon during the movie's filming. More of a comedy-drama, the movie tried to give an update on each of the sibling's lives and new families. A favorite of true fans, the film is still during the Christmas holiday season on various TV stations. The movie itself provided a basis for a new series, The Bradys in 1990 which DID include Olsen, but lost Mareen McCormick who played Marcia. The comedy/drama wasn't as well received and was canceled after just five weeks.

The ratings for the original I Dream of Jeannie were never spectacular and yet the show remained the air for five years. In 1985, the made for TV movie, I Dream of Jeannie...Fifteen Years Later was made featuring Barbara Eden with Wayne Rogers filling in for the role of Tony (instead of Larry Hagman). Bill Daily and Hayden Rorke (Roger Healy and Dr. Alfred Bellows) were also involved. The ratings were good was re-aired later in the year. In hope of lighting striking again, the sequel, I Still Dream of Jeannie as was made in 1991, but only featured Barbara Eden and Billy Daily from the original show.

In 1990, CBS ran the reunion movie, Return to Green Acres that stared all of the then-surviving original cast members and played out like an extension of the TV show including the original theme song, something many of the other reunion movies fail to do. After living on the farm for 25 years Oliver and Lisa Douglas are finally unhappy with the country life and move to New York only to regret it and want to move back.

Of all the shows to receive a reunion, The Dick Van Dyke Show had the longest time frame between the two. Dick Van Dyke Revisited aired in 2004 – 36 years after the original show went off the air! Instead of a “movie” Carl Reiner, who wrote the special, considered it just another episode of the original show. By then, of course, some of the originals stars had passed away, but the special made due to Van Dyke, Reiner, Mary Tyler Moore, Rose Marie, Anne Guilbert, Jerry Van Dyke (who only appeared twice in the original) and Larry Mazzeo, who played Ritchie in the series. He was given a short scene at the very beginning. Some critics hated the special while others appreciated seeing their old friends again. Some of the problems with the special was over-explaining who everyone is and taking time out to show things about the characters that were not relevant to the story.

Though The Munsters only aired for two seasons, it still remains a cult favorite. In 1981, NBC wanted to try a reunion movie of the show featuring the original cast. Fred Gwynne had no desire to reprise his role as Herman Munster, but his wife suggested that he ask for a ridiculous fee for the gig, and he got it. Though the roles of Marilyn and Eddie were played by other actors (the movie wanted to portray them as the same ages they were in the series) Herman, Lily and Grandpa were all played by the show's veterans. The end result was a fairly good continuation of the stories set up years ago. 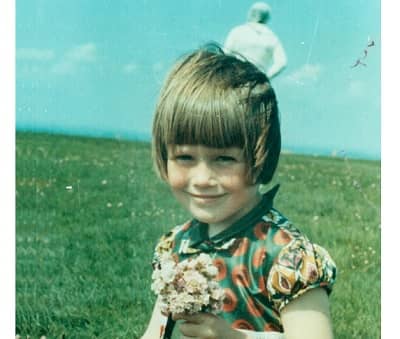 10 Mystical Pictures that Remain a Mystery
People love puzzles. Ask the ordinary man on the street, and he will tell you he has lots of ideas and answers for every and each mysterious event, story or image that floats around the internet. Read next feature >