Netflix has a long list of upcoming shows and movie releases that are sure to be on your "must watch" list. 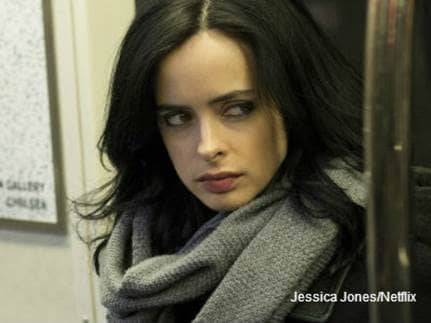 There’s no doubt that Netflix has changed the sitcom and movie game. And they are continuing to add fuel to the fire by upping the ante with their upcoming releases.

Coming this November is Marvel’s Jessica Jones staring Krysten Ritter whose short-lived stint as a super hero ended in tragedy and has forced her to rebuild her life as a private detective in New York City. Ritter’s character is troubled and is challenged with a case of PTSD that causes her to question everything that occurs over the course of rehabilitation. The first episode of the series was released at New York Comic-Con and many reviews were positive and claimed that Jessica Jones will be a for sure hit for Netflix.

On a lighter note, Aziz Ansari’s Master of None is a comedy series that is scheduled to premiere on November 6th. The series was created by Aziz Ansari and Alan Young, and will start Ansari in the lead role as Dev, a 30-year-old actor who is trying to make a life in the Big Apple. Master of None will consist of 10 episodes and they will all be released at the same time – so be sure to add that your binge watch list! Ansari is well-known for his series role as Tom Haverford on the NBC show Parks and Recreation.

But that’s not it. Here are the other titles to be released in the months of November and December.

Master of None: Season 1

With Bob and David: Season 1

And let’s not forget about the releases that are currently trending and exciting fans all over the world. In 2016, a 13 episode spinoff of Full House titled Fuller House is right around the corner. Amy Sherman-Palladino is also in the final stages with her negotiations to end the Gilmore Girls the way right way in a four episode Netflix series. Each episode will run 90 minutes long and will help revive the Stars Hollow world of Loreali and Rory that we all believe to be reality. What happened to Luke and Lorelai? And where in the journalism world has Rory decided on? Did Logan move on? Oh, how we all hope that those questions will finally be answered in true Amy Sherman-Palladino style.