Whether the film allegations are true or false, there is no doubt that Gibney’s Going Clear will be engage millions of viewers both Scientologists and others of different faiths. 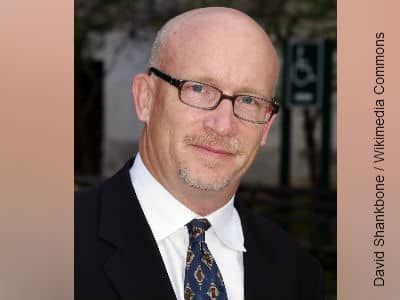 Whether it is embellished or under toned, Oscar winner Alex Gibney’s film ‘Going Clear: Scientology, Hollywood and the Prison of Belief’ is drawing attention from everyone. Going Clear is based on Lawrence Wright’s 2013 best-seller that focused on the Scientology church. Gibney’s controversial documentary highlights the organization’s roots and rise to popularity in Hollywood and is scheduled to air on HBO March 16, 2015.

In an interview with vulture.com Gibney said, “I’d been offered to do Scientology films before, and I’d always shied away from it. Not out of fear, but I wasn’t sure it was the story I wanted to do. But Larry’s book convinced me that it was worth doing, and one of the reasons was this whole idea of the prison of belief.”

Gibney is known for depicting individuals who have shown flaws and delusional characteristics within society. Prime example would be Gibney’s work on the Lance Armstrong documentary ‘The Armstrong Lie.’ Armstrong outspokenly advised in various interviews that the lies depicted in the film were somewhat overly embellished and created to be bigger than the actual lie at hand. Going Clear features vintage footage of church founder L. Ron Hubbard and Tom Cruise. The film lets viewers see the inside of the church and gives them insight on the truth behind the doors.

Going Clear was shown at Sundance and it’s said that the audience gave a standing ovation after the viewing. However, other critics are not as responsive claiming that the movie is built on lies and deception. Many Scientologists have stated that the movie relied on discredited sources that do not have any direct affiliation with the church and have provided false information to the producers of the film.

When Gibney set out to make Going Clear, he reached out to the Scientology community in hopes of getting a sit down interview with members and staff of the church. However, all people declined interviews for the film. The production company received a lot of cards and letters prior to the film from lawyers and PR representatives from the church. Hollywood stars such as Tom Cruise and John Travolta, who have also remained faithful to their faith, refused to respond to Gibney’s interview or commenting requests.

Cruise, a high profile Scientologist, is highlighted in the film. In the interview with vulture.com Gibney discussed Cruise’s marriage to actress Nicole Kidman and the reported strain the Scientology culture infringed on their marriage. “Nicole Kidman’s father was a psychiatrist, well known in Australia. To Scientology, psychiatry is like Satan. They were afraid that she was taking Tom away. Ultimately, they tried to cast her as a suppressive person. A suppressive person in Scientology is one who is unredeemably evil. They were afraid that Tom was going to leave the Church.”

Whether the film allegations are true or false, there is no doubt that Gibney’s Going Clear will engage millions of viewers both Scientologists and others of different faiths.