The Bachelor is known for its sultry fantasy suite experiences, but not in Ben Higgins' season. 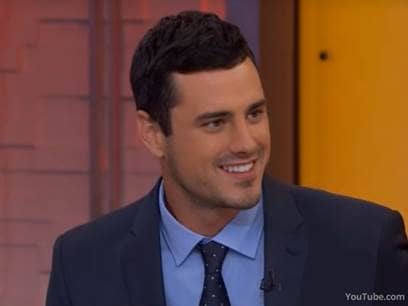 Ben Higgins, a 26-year-old business analyst from Denver, has made headlines for his open discussions about his faith. The Bachelor is known for its sultry fantasy suite experiences, but not in this season. Higgins told People.com, “I set boundaries for myself, especially physically and intimately.” When Higgins appeared on Kaitlyn Bristowe’s Bachelorette season he said that he was “excited to stay up all night and talk.” In his People.com interview Higgins said, “I based (the boundaries) on my Christian faith and also the fact that a lot of people are going to be watching this show and seeing a representation of dating, relationships and how a man treats a woman. I want them to get a good picture of what a healthy relationship can be.”

Higgins is one of the youngest Bachelor’s in the 20 season history. Despite his age, Higgins has said again and again that he’s more than ready to settle down. He told Entertainment Tonight, “I have a job, I’ve moved to a little bigger city, I’ve been able to set some roots there by getting a house – my life has kind of started. I’ve started to picture my life with somebody else, and I want to join in on somebody else’s life, I’d like them to join in on mine.”

You may be wondering what is Higgins ideal woman like? “I want somebody that has a good foundation. A foundation in their faith, a foundation with their family, (and) somebody who’s excited to have a family,” he told Entertainment Tonight. Higgins even commented on being a future father. “Well, you know, of course I’m excited to be a dad. I don’t know if that’s the next step, but I’m not against it,” Higgins said.

Higgins loves his life in Denver. He enjoys hiking and fishing – and ideally he’d like to find a wife that also enjoys it or at least would be willing to hang out while he’s partaking in those activities. Higgins did reveal his one pet peeve. He doesn’t like when people document every single minute of their on their social media account(s). “I try not to be on my phone too much,” Higgins told Entertainment Tonight. “I think in today’s age, we get very concentrated on being on our phones all the time and we lose track of who is around us. Even before this experience started the first time, it wasn’t something that I concentrated on. Instagram, Snapchat, Twitter – I still don’t really know how to use Snapchat. Some of my friends have tried to talk me into it. I don’t use it very well and I don’t think I have enough scenarios where I can just take a picture of something and people want to see it.”

Everyone will, no doubt, be waiting to see who Higgins gives the final rose to. The finale airs on ABC March 14, 2016.