Jordan may look like a small country on the map, but it's the location of several biblical miracles.

According to the Britannica Encyclopedia, Jordan is an Arab country located in southwest Asia and bears the remnants of many ancient civilizations. Jordan also played a big part in biblical history. The biblical kingdoms of Edom, Moab, and Gilead were all located in Jordan, as well as the city of Petra. In the Bible, Jordan is rarely mentioned by name, but the Jordan River is the scene for several miracles..

Moab was a small kingdom located east of the Dead Sea between Edom and Ammon, and the kingdom had a scandalous beginning. Genesis 19:30-38 describes how Lot and his family lived in a cave after escaping Sodom. One night when Lot got drunk, his daughters seduced him and both conceived and had children. His oldest daughter named her son Moab, which is where the Moabites came from and his youngest daughter named her son Ben-ammi, where the Ammonites came from. After leaving Egypt, the Israelites wandered for 38 years until they got to the border of the Promised Land in the plains of Moab. The Israelites use the Jordan River while trying to escape from slavery Egypt to get to the Promised Land. Moses was denied entry and could only see it from the across a mountain.

Gilead, meaning rocky region or hill country, was a mountainous area located to the east of the Jordan River. When the Promised Land was divided amongst the twelve tribes of Israel, the tribe of Reuben, Gad, and half of Manasseh got territory east of the Jordan, largely made up of the territory of Gilead, with Gad getting all the towns of Gilead. Gilead was most known for its balm, a liquid rosin that flowed or dripped from certain trees like pine, cypress or terebinth. A lot of physicians lived in Gilead due to the easy access to medicinal supplies.

Significance of the Jordan River

The Jordan River served as a location for several biblical miracles. Joshua 3:14 describes him attempting to cross the Jordan River while it was flooded. The verse describes Joshua asking the priests with the Arc of the Covenant to stand in the river, following God’s command. The priests did so, and the river stopped flowing so the Israelites could cross. Joshua 4:1-9 describes Joshua as setting up a memorial after crossing the river by using 12 stones from the river and putting them where the priests stood to show the power of God to future generations.  Jordan also served as a strategic battle position used by Gideon against the Midianites. In Judges 7:24-25, the Bible describes Gideon sending a message throughout the hills of Ephraim to come fight the Midianites and capture the water against them, as far as Beth-barah and the Jordan too. It then describes the capture and killing of Oreb and Zeeb, the princes of Midian, and Gideon’s army putting Oreb and Zeeb’s head in the Jordan River.

In the New Testament, the Bible mentions Jordan again as the place where Jesus was baptized in the Jordan River. St. John the Baptist would come to the Jordan to baptize anyone who wanted to repent. Image his surprise when Jesus came to the Jordan to be baptized, yet he had no sins to repent. Matthew describes Jesus wanting to fulfill all righteousness, then he consented to the baptism. Jesus did this to show that even though he was the son of God, he wanted to be revered as one of the people. After his baptism, Luke 3:22-23 describes the heavens opening and the Heavenly Spirit descending from heaven in bodily form, like a dove, and a voice coming from heaven saying, “You are my beloved Son, with you I am well pleased.”. The Jordan River was seen as a place where you could confess your sins, wash them away and be born again, as described in 2 Kings 5:14. This verse describes a man dipping himself in the Jordan River seven times and his flesh being renewed like a child and describes him as clean. People would come from all over just to be baptized in the Jordan River so they could wash away their sins and become clean and start their lives anew.

Jordan and the Jordan River serves as the background for lots of biblical stories. It is first mentioned in Genesis, when Abraham and Lot were partitioning off land for themselves. Lot chose the Jordan Valley because he saw the potential of what could be. He saw the lush land and even attempted to take advantage of it. Then, the river is described as an obstacle for those escaping slavery in Egypt. Even Moses couldn’t cross the Jordan and had look at it from atop a mountain. Joshua was finally able to cross and used the river as a memorial and to show future generations what God was capable of. Then, for Gideon and his army, the river was seen as a military strategic point in their battle against the Midianites.

However, the most important description of Jordan is the place where you could be born again. The Jordan River is described as the source of all holy water in the Christian faith. The Bible is filled with stories of lives that were changed by God, and the Jordan River is no different. People would come from far and wide to get baptized in the in river because they saw it as a place where they could leave their old ways behind and start again. They didn’t have to worry about who they were in the past because all that mattered was who they were after their baptism.

The Jordan River not only serves as a place of renewal, but it also serves as a path to feel closer to Jesus. Even in modern times, people still flock to the Jordan River to immerse themselves and follow in the footsteps of Jesus Christ.  Long after the days of the Bible, people still use the Jordan River to feel close to Jesus, share his baptism experience, and follow his path. The Jordan River is a symbol of hope to all believers of God’s word. It shows that your story may not have the best beginning, but that doesn’t mean it will have the worst ending. You can start off on one path, decide to make a change, and start a new path. That’s essentially what baptism is; choosing to wash away your sins and starting a new path.

The Britannica Encyclopedia may describe Jordan as an Arab country located in southwest Asia. It occupies ancient land, land that bears the remnants of many ancient civilizations, but the Bible shows that Jordan is so much more.

Lauren McKeithen is a University of Maryland University College graduate with a Bachelor's in Communications Studies. Growing up in the Baptist church, she accepted God into her life at a young age and is growing everyday under the protection of the Lord. 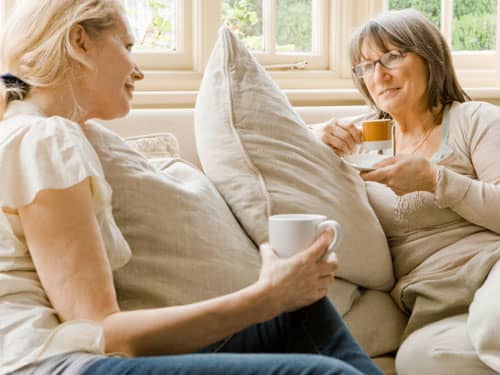 The 7 Worst Compliments to Give a Boomer Woman

more from beliefnet and our partners
Add some inspiration to your inbox.
Sign up for Beliefnet's Entertainment & Celebrities newsletter.
From time to time you will also receive Special Offers from our partners
Lauren McKeithen