7 Most Important Places in Christian History

Stand where history was made for the faithful. 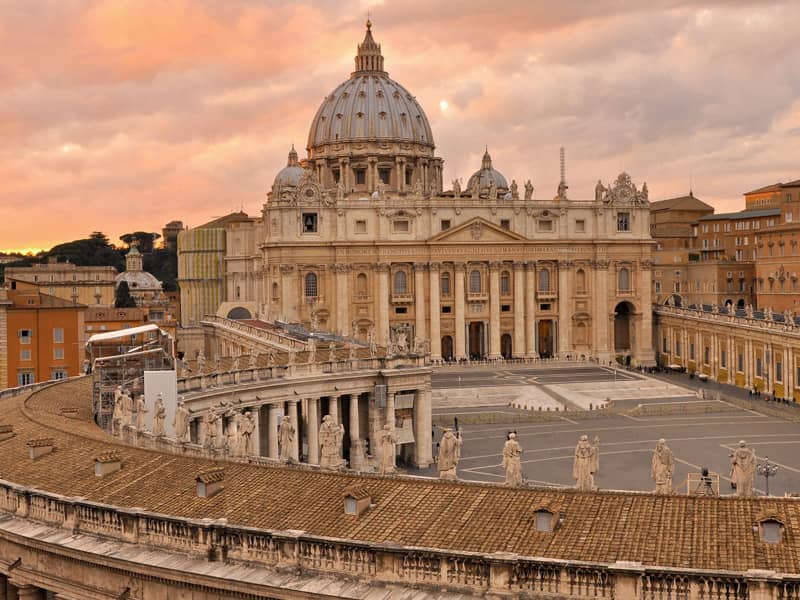 Shutterstock.com
Many people like to visit places of historical importance when they travel. Christians are no different in this regard. Hundreds of thousands of Christians travel across the globe each year to take pilgrimages and visit locations where important events in Christian history took place. Christians flock to Israel to walk the Via Dolorosa and be baptized in the Jordan River.
Surprisingly, it is not always easy to locate the areas where the Christian faith was shaped. While there are many place names in the Bible, names change over time, and a modern town may not still be referred to by its ancient name. That is assuming the town still exists at all. Plenty of the small cities and villages mentioned in the Bible were destroyed in the last 2,000 years.  There are also many important Biblical places that are described in Scripture based on local, natural landmarks. These locations, understandably, are far more difficult find. While mountains and rivers may not have moved, groves of trees and stacks of stones are unlikely to have lasted until today. So if a Christian wants to visit places that are important to their faith, where should they go? Here are the seven most important places in Christian history to visit. 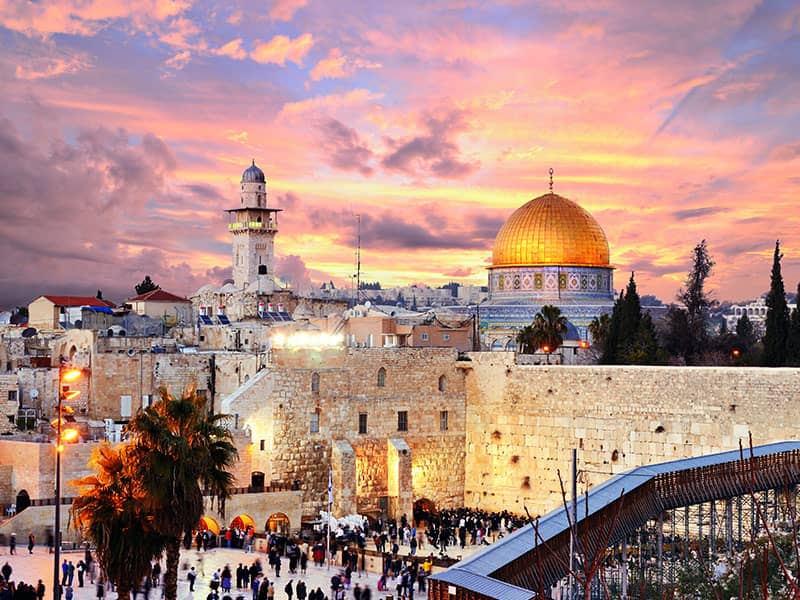 This ancient city is easily the most important place in Christianity. Jerusalem is at the center of much of the Old Testament and where the most important events of the New Testament take place. It is in Jerusalem that Christ was crucified, and it is just outside the city where Christ was buried and rose from the dead.
The modern city of Jerusalem is noticeably larger than its ancient counterpart, but the Old City is well preserved in the heart of Israel’s capital city. As such, the burial place of Christ is now somewhere within Jerusalem rather than just outside of the city. The same may be true of Golgotha.
The number of individual locations within Jerusalem that are central to Christian history is staggering. The modern city likely encompasses all the land that saw Christ’s final hours on Earth. Gethsemane, the Via Dolorosa, Golgotha and Christ’s tomb are all within the modern city limits as is the Wailing Wall, the last remaining structure from the Temple. 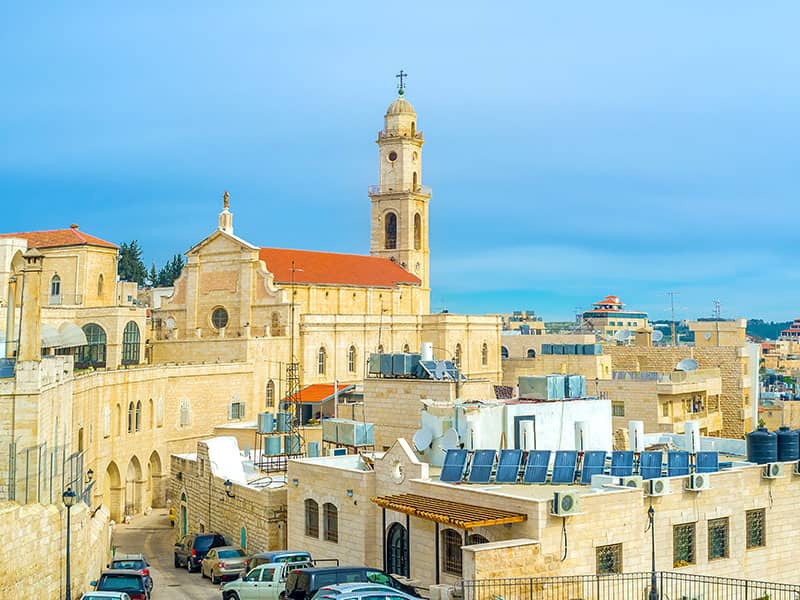 Bethlehem is obviously a very important site for Christians. It is here that Jesus Christ was born over 2,000 years ago. This holy site, like Jerusalem, is a popular destination for Christian pilgrims who wish to visit the places where Christ Himself once stood.
Popular Christian thought pictures Bethlehem as a small village of no real importance that somehow happened to become the site of one of the most important events in history. This idea of something ignored becoming extraordinary certainly fits with the rest of the story of Christ. That does not mean, however, that the common imagining is correct. Bethlehem was actually an important site in ancient Israel before Christ’s birth. It also was not a village but a military installation. The ancient and modern city of Bethlehem sits on top of an aquifer that is a vital component of Israel’s water supply. In 200 B.C., the aquifer of Bethlehem became the water source for Jerusalem after Jerusalem’s water supply was corrupted. The reservoirs that were constructed to this end were called Solomon’s Pools and still exist today. In fact, the aquifer beneath Bethlehem still fulfills its ancient role in modernity and remains one of the main sources for water in Israel. 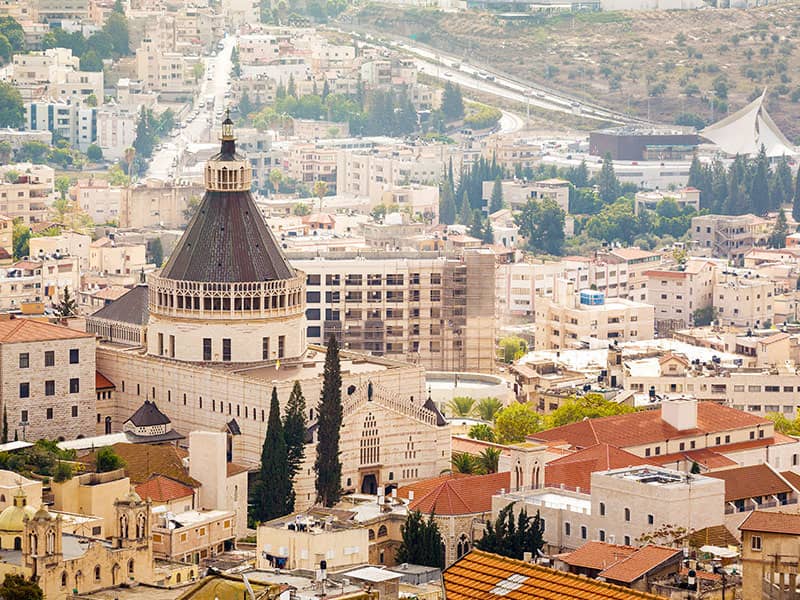 Considering that Jesus is often referred to as “Jesus of Nazareth,” it is no wonder that Nazareth is an important site for Christians. Nazareth, or Natsrat in Hebrew, is sometimes called the Cradle of Christianity. It was in Nazareth that Mary received the news that she was to be the mother of Christ and where Jesus Himself was raised.
Nazareth began as a small Jewish village in the southern portion of Lower Galilee, but the village’s importance to Christianity transformed it over the centuries. During the Byzantine period, Nazareth was a Christian stronghold, but its many churches were built and destroyed as the city alternated between Muslim and Christian hands. Today, Nazareth is a city of more than 60,000 people and a number of holy sites, including the Roman Catholic Basilica of the Annunciation and the Greek Orthodox Church of the Annunciation. 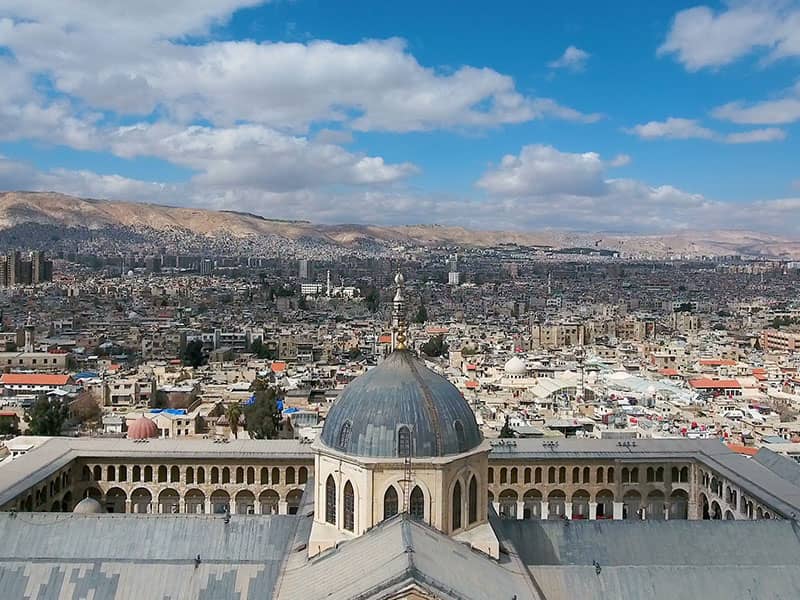 It was on the road to Damascus that one of the most important conversions to Christianity took place: that of Saul. As described in Acts of the Apostles, Saul was struck blind while traveling to Damascus after hearing a voice call out to him, “Saul, Saul, why do you persecute me?” Saul was blinded for three days until he reached the house of Ananias of Damascus. It was in Ananias’ house that Saul’s sight was restored, and he became Paul.
Paul was one of the most influential figures in early Christianity, and his journey began on the road to and within Damascus. Modern Damascus is the capital of Syria and, as of 2004, was home to 2.6 million people, though that number has likely changed due to the Syrian Civil War. The House of Saint Ananias stands on top of the ancient home of Ananias of Damascus and was still used as a church as of 2010. Given the increased fighting near Damascus, however, the fate of the church is somewhat uncertain. 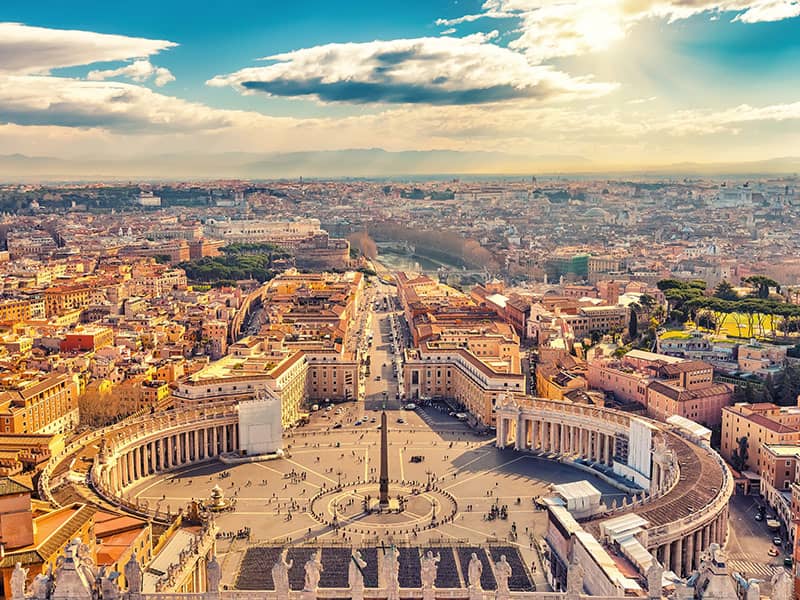 Rome has always been a place of great importance in Christian history for both good and bad reasons. Rome was the site of the executions of both Peter and Paul, arguably the two most important figures in early Christianity after Jesus’ death. The city was also the source of much of the persecution of early Christians, some of the worst which was suffered under Emperor Nero in the middle of the first century.
Rome was also, however, the site of one of Christianity’s most unexpected victories: the conversion of Constantine the Great at the Battle of the Milvian Bridge. Accounts differ slightly, but prior to the battle, Constantine received either a vision or dream that featured the sign of the cross. He saw it as a sign and made a vow that if he won the battle, he would convert to Christianity. Constantine won, and when he became emperor, he converted to Christianity and brought the fledgling religion out of the shadows.
Modern Rome is also the location of Vatican City. This tiny nation within Rome is the home of the leader of Roman Catholicism, the Pope, and the location of St. Peter’s Basilica, the site most commonly identified with the burial place of St. Peter. The location of Peter’s death in the Circus of Nero is also located in Rome, and a sarcophagus believed to contain the remains of St. Paul was discovered under the Via Ostiensis in Rome. 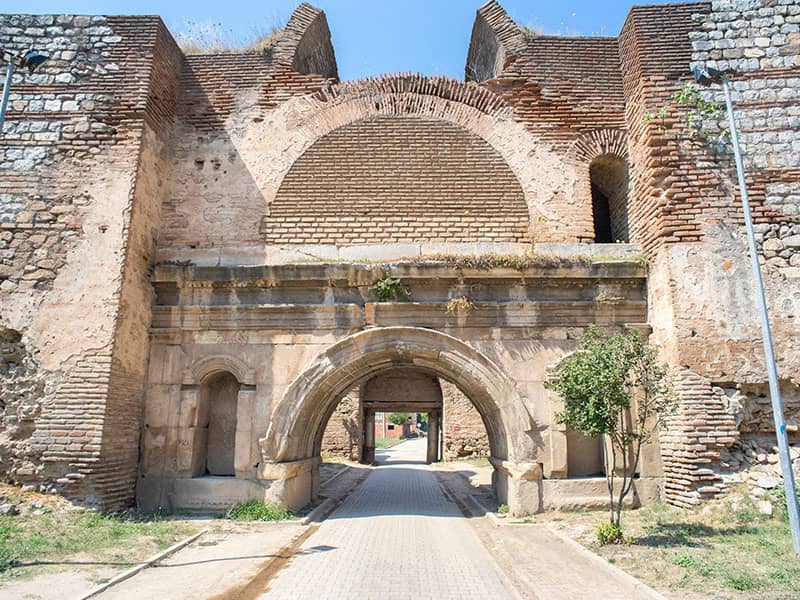 The ancient city of Nicaea is often forgotten by Christian pilgrims who are looking to visit the places that shaped the Christian faith. Ancient Nicaea is located in modern Iznik in northwestern Turkey. Though Jesus never set foot in the city, the ancient Anatolian city was the location of one of the most important events in Christian history. The First Ecumenical Council took place in Nicaea at the behest of Constantine, and it was here that the many different versions of Christianity that existed in the second century began to be brought back together to form a single faith. To that end, the First Ecumenical Council, or Council of Nicaea, created a single statement of faith that would apply to all Christians: the Nicene Creed. This ancient statement is still used by Christians today and is recited regularly in worship services. Without the unifying creed, it is uncertain what would have happened to the Christian religion. 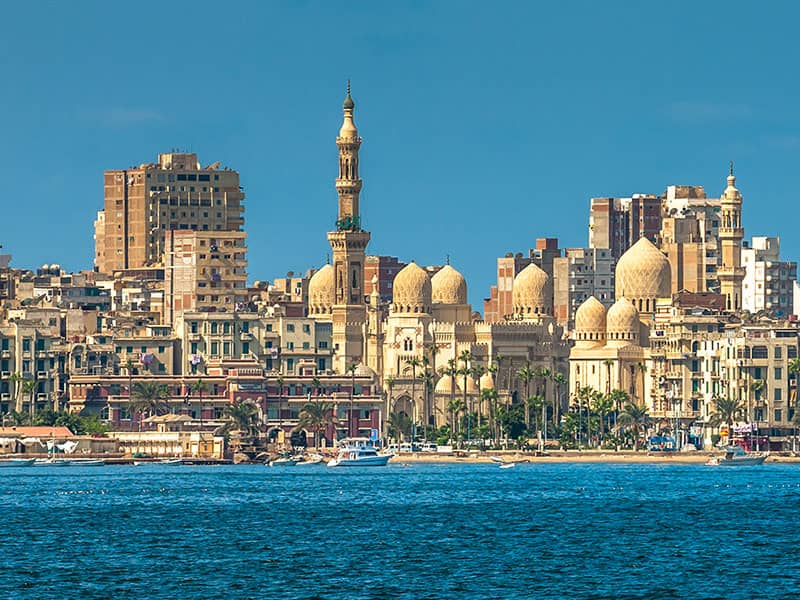 Egypt is not a country that most Christians think of as being particularly important to their faith. When Egypt is thought of at all, it is in the context of the stories of Joseph, Moses and the Exodus. Most Christian interest in the African nation ends when the Israelites reach the Promised Land. Egypt’s influence on Christianity, however, remained long after the Israelites fled across the Red Sea.
The city of Alexandria was home to many of the early Christian scholars who heavily influenced Christian theology. Among them was Athanasius of Alexandria whose “First Letters to Serapion” heavily influenced later doctrines regarding the Holy Trinity. Clement of Alexandria was another famous early Christian associated with Alexandria. Though it is not clear if he was actually born in Alexandria, this Christian convert taught at the famous Catechetical School of Alexandria, one of the two most important centers of religious study in Late Antiquity. Clement created a number of famous religious writings including three of which survive today in their entirety:  “Paedagogus,” “Stromata” and “Protrepticus.” In “Protrepticus,” Clement uses his knowledge of Greek Paganism to create a convincing call for Greeks and Romans to convert to Christianity. 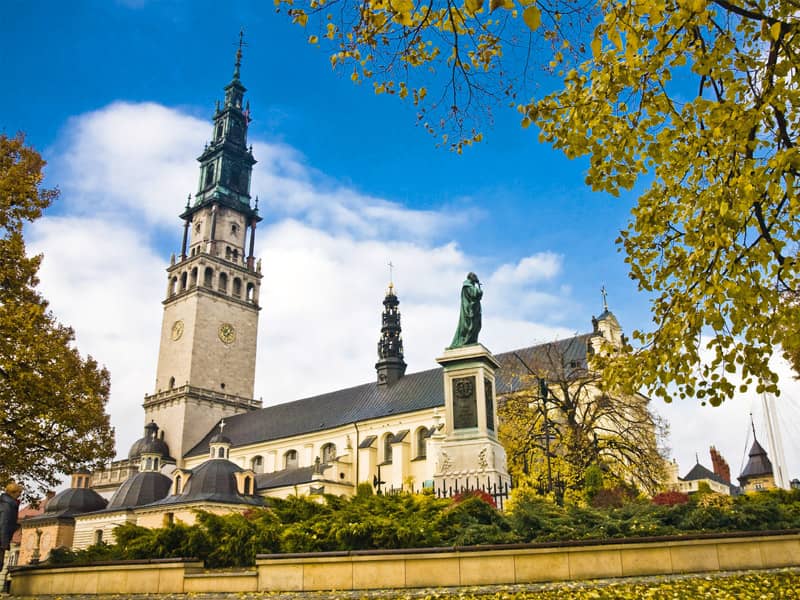 There are places all over the Old World that witnessed the events that shaped Christianity as a faith. From the Middle East to Africa to Europe, there are a number of important sites that many Christians do not think to visit. This does not mean, however, that these forgotten holy sites are any less important. Christ may not have walked as a man through each city, but these locations were influential enough in spreading Christianity that there is no doubt He was there watching over the men and women whose actions worked toward the fulfillment of Christ’s final command: “Go and make disciples of all nations.” 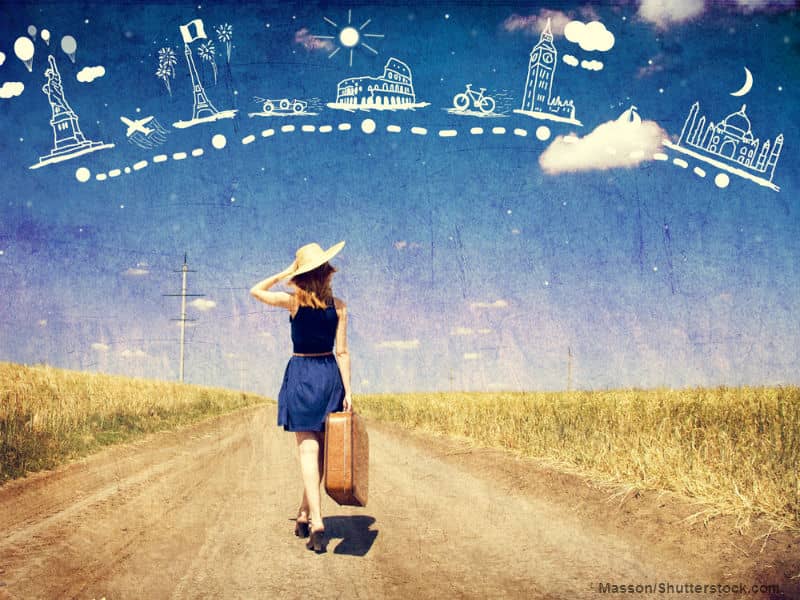 Limited Time or Money? You Can Still Travel

Travel is easier than you think with these tricks. Read next feature >
Stephanie Hertzenberg is a writer and editor at Beliefnet. She is a graduate of the College of William and Mary where she majored in Religious Studies and minored in Creative Writing. She maintains an avid interest in health, history and science.