The Faith-Filled Journey of a Rock Star

Scott Stapp releases his second solo album "Proof of Life." The music will fill your soul and provide fans with a refuge. 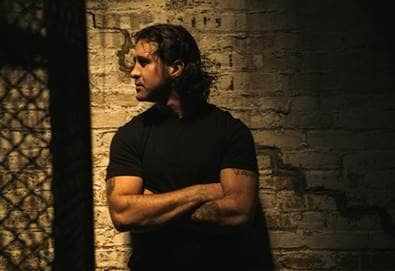 It’s no longer about Creed – it’s about Scott Stapp. “I really want the focus to be on Proof of Life because it is a great album,” said the former lead singer of Creed Scott Stapp. His new album Proof of Life, in stores November 5, 2013, is more than just track after track of great music – it’s the story behind a courageous man who is brave enough to share his story with the world.

“I have made a lot of mistakes in my life but God has given me the chance to tell my story and continue my path,” said Stapp. Just like many rock-n-roll stories, Stapp fell deep into the world of alcohol and drugs. His embarrassments and mishaps were viewed by the world. However, unlike many stories Stapp’s has a happy ending. “I am sober and faith has allowed me to continue on,” said Stapp.

When Stapp hit rock bottom, he allowed his faith to become his support while he picked himself up. “When I owned the responsibility for my actions, then I was able to change my story,” said Stapp.

Stapp’s music will resonate with fans because his music speaks volumes about the struggles and hurdles that everyone has faced in life. Through his lyrics, Stapp is able to reach out to others who are suffering or have went through rough times – his music is a testimony of life. Moreover, it’s proof that life will go on and if you’re committed – it can get better.

“I made up my mind to face myself as a man and an artist. This record is my first no holds barred statement of exactly who I am,” said Stapp. Throughout Proof of Life, Stapp maintains his rock-star talent while also being true to his faith. “I have always had faith but now I know how important God is to me and to my life. My faith can help me get through anything and helps me stay motivated,” said Stapp.

In the song Proof of Life Stapp sings, “I’m standing still on the edge of a knife, just ready for a fight.” He’s never going to give up, no matter what obstacles he’s forced to face. Stapp is also very gracious as he makes sure to reference his biggest supporters. “I can claim victory and see the new day coming. Without the support of my wife Jacyln and our three kids standing by me every step of the way – this new day would never be possible,” said Stapp.

Proof of Life is a journey that Stapp has allowed everyone to be a part of. He shares his highs and lows in order to inspire others to fight for their lives as well. Proof of Life sets Scott Stapp apart from his days with Creed because it reveals how talented and inspirational a rock-n-roll icon can be.

For more information on Proof of Life click here.