Sympathy for the Devil

Disney wants to mess us up. For some reason, they want us to feel bad about the villains. Though the concept is intriguing, the end result is a depressing story. 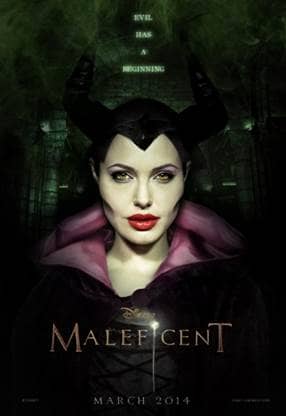 Much hype has been stirred up for Maleficent, the live action movie about one of the greatest Disney villains to appear in theaters this May. Brought to life by Angelina Jolie, Disney intends to share the “untold story” of the green wonder featured prominently in the 1959 classic animated film, Sleeping Beauty. The trailer for the film looks beautiful and eerie. According to Disney, Maleficent was at one time a beautiful, pure-hearted young woman who because of a betrayal, her pure heart turns to stone.

Disney did something similar last year with the Oz the Great and Powerful, a prequel to the 1939 MGM movie, The Wizard of Oz. In that story, the studio attempted to explain how Theodora turned into the Wicked Witch of the West. In a similar storyline, young Theodora is also a beautiful and innocent victim of deception from her sister, Evanora. It is her rage and bitterness that turns her into the green monster she is so famous for.

Up until this point, these two baddies have always been bad, which has always made it pretty easy to hate them, but now Disney wants to mess us up. For some reason, they want us to feel bad about the villains. Though the concept is intriguing, the end result is a depressing story.

In both TV series, Once Upon a Time and Once Upon a Time in Wonderland, every villain, has a tragic backstory that explains what made them so angry and bent on revenge. However, the difference here is that we have been able to see how each of the villains struggles to redeem themselves. Not so with Maleficent and Oz. We already know how those stories end up.

Creating a false sense of sympathy for the devil is not new in Hollywood. Tim Burton is famous for showing us the dark backgrounds of the villains, The Penguin and Catwoman in the 1992 film, Batman Returns. The Penguin begins life as a deformed baby who parents through him in the sewer during winter time in hopes of drowning him. The baby winds up at the city zoo and is adopted by penguins which apparently was a lot less fun than it sounds. The sweet and mousey Selina Kyle gets pushed out of a window to her death to the city below only to be revived by a bunch of alley cats. In her rage, she intends to not let anyone control her life again. In her apartment is a neon sign that says “Hello there!” that she breaks so that it now reads “Hell here” and mutilates her stuffed animals. Both characters let the anger inside them ultimately destroy them.

After years of knowing Darth Vader only as the mysterious evil one, in 1999, George Lucas shared with us how young Anakin Skywalker slowly turned into the man in black in Episode One: The Phantom Menace followed by Episode Two: Attack of the Clones and Episode three: Revenge of the Sith where Vader’s transformation is complete.

Even “good guys” are not safe. In 1995, we were “treated” with the unhappy tale of how Casper the Friendly Ghost became a ghost in the first place. As children, we knew that Casper (in the early Harvey cartoons and comic books) had always been a ghost, albeit a misunderstood one. He had parents who were ghosts. Back then, we knew that Casper was unhappy because human “grown-ups” were afraid of him and his mean ghost uncles didn’t like him much because he didn’t want to scare anyone. In the live action adaption, Casper was a human boy who died of pneumonia after sledding all day. He then spent a very unhappy life with his uncles in an old abandoned house waiting for someone nice to visit.

So, what do you make of all this sympathy for these devils? Does it make for a better story or not? Personally, I like my bad guys to be bad guys and the good guys to stay being good. I don’t much care for the “troubled souls” of superheroes. I’d rather see the outcasts and underdogs rise up to become victorious, not the other way around. Does that make me shallow? I hope not. Christ has changed my life and many others, so I enjoy movies that reflect that theme. While I do admit that it is intriguing to see where others went wrong, (and I will definitely see Maleficent when it comes to theaters), overall, I’d rather focus on the positive rather than the negative of movies. How about you?