Surprise! The Family Hour is Back

Thankfully, one network has gotten wise and has decided to dump obnoxious and inappropriate fare like “Cougar Town” and “The Bachelor” in favor of the family: ABC. 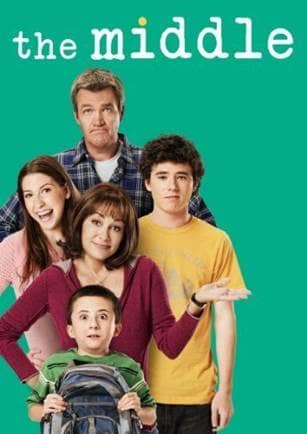 Unfortunately, the days of “The Wonderful World of Disney” and “Little House on the Prairie” are long gone and so is the tradition of family-friendly programming during the 8:00-9:00 p.m. hour. Thankfully, one network has gotten wise and has decided to dump obnoxious and inappropriate fare like “Cougar Town” and “The Bachelor” in favor of the family: ABC. No, this isn’t an advertisement for the network, but it appears that the alphabet network is trying to find the balance of family fare and good ratings. If you like what you see, thank them!

Sure, it’s not nice to laugh at other’s misfortunes, but when people actually send in their own videos, they are basically giving you permission to laugh at them. Since 1989, there have been many copycats, but none have survived or entertained as well as the original AFV. The series should have died out years ago, but received a much-needed shot in the arm in 2001 when Tom Bergeron became the new host. While parents and kids alike will not receive anything valuable by watching men getting hit in the crotch over and over again, the show still provides humor for the whole family.

The mashup of favorite childhood tales and Disney classic characters is in its third season and is still able to churn out stories with valuable lessons about building character every week. The show, created from the folks of “Lost” uniquely shares familiar stories and gives them a modern twist. Each episode focuses on imperfect fairy tale characters struggling to become better people. If you’ve never seen the show before, you’d be surprised to see values addressed including faith, love, forgiveness, integrity and more. The show is rich with metaphors that can be used for family discussions later on, and provides good role models for both boys and girls.

While you can’t expect the entire show to be family-friendly, ABC does try to have something for everyone for this show. That’s why each season they feature sports stars, soap opera stars, former child stars and aging stars to compete. With the exception of some dance moves and comments from judge Bruno Tonioli, the show is fairly tame. It even features Tom Bergeron again as host. The show isn’t much different than when we were kids and we watched the Lawrence Welk Show. Only when Bobby and Sissy danced, Bobby kept his shirt on.

Based on Marvel’s current slough of super hero movies, this new show takes place right after the recent “Avengers” movie. The myths of super heroes and aliens have turned out to be real and of public knowledge. Agent Coulson, (who died in the movie but is explained that he was away on vacation) leads a small, highly select group of agents from the worldwide law-enforcement organization known as S.H.I.E.L.D. (Strategic Homeland Intervention Enforcement and Logistics Division). They are simply the “good guys” fighting the “bad guys.” No sex, no swearing - just a lot of “Thwack!” “Pow!” and “Smack!” Some parents may be offended by the violence, but it really is a lot less than what you would experience on the big screen and actually presents kids with true role models for a change.

“The Middle” is one of the funniest, cleanest and down-to-earth shows on TV today. It features true middle class Americans living in middle America – something the majority of viewers can understand and appreciate. Mr. and Mrs. Heck have three kids: Axle, the dumb jock; Sue, the sweet but sociably awkward sister and Brick, the smartest one in the bunch, but with the strangest quirks. Every episode the family strives for a better life but usually has to settle for what they already have…each other. Every episode ends on a high note with the realization that the best things in life are the simple things.

New this year and questionable on how family-friendly it really is, “Back in the Game” features Terry Gannon Jr., a former All Star softball player until life threw her a couple curve balls: a baby, a lost college scholarship and a loser for a husband. After striking out on her own, Terry and her son Danny move in with her estranged father, Terry Sr. aka “The Cannon,” an opinionated, beer-guzzling, ex-athlete who never quite made the cut as a single father or professional baseball player. As hard as Terry tries to keep Danny away from the sports-driven lifestyle of her childhood, Danny wants to play baseball in the worst way…litterally. Terry reluctantly offers to coach the team of misfits. Think a cleaner version of “The Bad News Bears.”

Once Upon a Time in Wonderland
Thursdays at 8:00 p.m.

Though a spinoff and similar in tone to Sunday’s “Once Upon a Time,” “Wonderland” is its own show with only brief mentions of the original series. This new show features many of the famous characters from Lewis Carol’s “Alice in Wonderland” and “Through the Looking Glass” including the Red Queen, the hookah-smoking caterpillar and the ever-grinning Cheshire Cat. But like OUAT, it also features characters from other stories including Jafar from Disney’s “Aladdin” story and a genie named Cyrus, who resembles Aladdin more than the blue genie we are familiar with. Here in this fantastical world, dragonflies breathe fire and the Red Queen’s castle looks like a chessboard. The Mad Hatter is missing and the Queen is after Alice’s head. If you like OUAT, you’ll like this one as well.

“Last Man Standing” isn’t as clever as ABC thinks it is, but you could do worse on a Friday night. Tim Allen plays Mike, a man living in household of women. He’d rather spend time at his store, “Outdoor Man,” where men can buy guns, jerky and camouflage recliners. His family consists of his wife Vanessa, and three girls: Kristin a single mom, Mandy, an air-head and the youngest, Eve, a tomboy. Sound familiar? It’s very similar to Allen’s older series, “Home Improvement” swapping out the boys for girls and a lot less funny jokes. The dialogue is also a bit more edgy, so this is better suited for families with older kids.

Premiering last year, “The Neighbors” was a surprise hit. Critics hated it, but viewers loved it. It’s a silly tale of the Weaver family moving into a gated community only to find out that all of their neighbors are actually aliens from outer space. Sort of like “The Munsters” in reverse. At first, the leader of the community, Larry Bird, wants to get rid of the human family, but then realizes that he and his family (Jackie Joyner-Kersee, Dick Butkus and Reggie Jackson) could learn how to better fit in the human world. As it turns out, both families discover that some things -- the ups and downs of marriage, the desire to be a good parent and raise a happy family -- are universal. Intergalactic, even. The show is harmless, but dumb.