The Redemption of Michael Phelps

The road leading to a new chapter in life began on the night of Monday, September 29, 2014. Michael Phelps was on his way home from the Horseshoe Casino in Baltimore when he was stopped by the police. 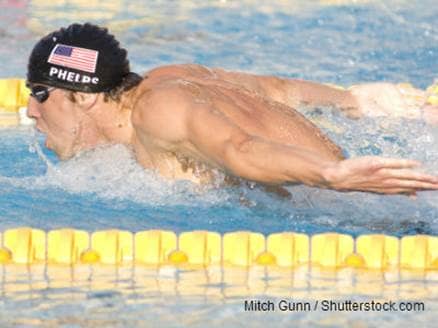 With 18 gold medals, and 22 medals overall, many would think that Olympian Michael Phelps has it all. The reality portrayed by the media has somewhat given Phelps a bum rap. The media has honed in on the partying and somewhat rebellious nature that Phelps has lived. But, what was really going on with the famed swimmer? Recently, Phelps sat down with Sports Illustrated’s Tim Layden and he discussed the good, the bad and the journey towards a more gratifying future.

The road leading to a new chapter in life began on the night of Monday, September 29, 2014. Phelps was on his way home from the Horseshoe Casino in Baltimore when he was stopped by the Maryland Transportation Authority while exiting the Fort McHenry Tunnel. The police clocked Phelps traveling at 84 mph in a 45-mph zone, and also noted that Phelps was driving erratically. According to a police report obtained by The Baltimore Sun, Phelps failed two field-sobriety tests and a Breathalyzer read his blood-alcohol level at .14, above the state driving limit of .08. Last December, Phelps pleaded guilty to a drunk driving charge – after being charged with DUI, excessive speed and crossing double lane lines. However, this wasn’t Phelps’ first encounter with the law. At 19-years-old, after the Athens Olympics, Phelps pleaded guilty to driving while impaired and in 2009 he was photographed smoking a bong.

After the arrest Phelps’ support system, which included close friends and family, rallied at his home and discussed the necessary actions Phelps must take. The weekend following his arrest, Phelps flew from Baltimore to Wickenburg, Arizona to a residential treatment facility. Phelps told Layden that, “It’s probably the most afraid I’ve ever felt in my life.” After 45 days in rehab, Phelps returned to training. After training while hungover, a renewed Phelps is training sober and is breaking his record bests. In the Sports Illustrated interview Phelps said, “My body fat has dropped significantly, and I’m leaner than I’ve ever been. The performances were there because I worked, recovered, slept and took care of myself more than I ever had.” If Phelps is able to come out on top in the next Olympics in August, Phelps will become the oldest swimmer to win an individual gold medal.

During his path to recovery, Phelps discovered through therapy that many of his personal issues lied within his parents’ divorce. Phelps’ told Layden that he thinks he already knew the truth behind his issues but it took therapy to allow those incidents to unfold and come to light. In his Sports Illustrated interview Phelps said, “I felt abandoned. I have an amazing mother and two amazing sisters. But I would like to have a father in my life, and I’ve been carrying that around for 20 years. That’s a long time. It does something to you. To a kid, especially. Right now I’d like to be able to talk to my father and have him be able to talk to me. Is my family perfect? Far from it. My parents had issues where they thought it was healthy to split. It wasn’t ideal. It wasn’t easy. But what we went through as kids made us as strong as we are. And now my father and I communicate. It’s not fixed. You don’t fix something like that. But it’s better.”

Phelps says that he emerged from rehab much happier. He continues to go through therapy and in March he proposed to his girlfriend Nicole Johnson. The two plan to wed after the upcoming Olympics. And then afterwards, Phelps declares he will really retire. He said that he wants to have a family and children.