Chronic traumatic encephalopathy (CTE) has been in the news for years, but was never acknowledged by the National Football League to be a link from football-related injuries. Now, it was admitted there is a correlation. 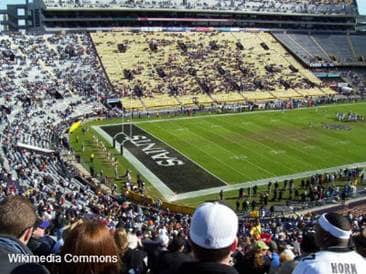 Chronic traumatic encephalopathy (CTE) has been in the news for years, but was never acknowledged by the National Football League to be a link from football-related injuries.

Now the league has admitted there is a correlation. Senior health officer Jeff Miller from the league admitted that concussions are linked to CTE after a player suffers from repeated head trauma during a roundtable discussion before the House Committee.

It is a progressive degenerative disease where the brain starts losing mass. Miler who noted neuropathologist Dr. Ann McKee from Boston University said CTE was found in 90 former players.

The NFL has been accused of covering up the results of concussions and it long-term effects on players. League of Denial: The NFL, Concussions and the Battle for Truth was published in 2014.

The book documented how the league covered up the scientific findings and the connection between players and CTE. The writer shared the NFL paid retired players over 1 million dollars in disability payments for brain-related injuries. CTE is discovered when the person is usually deceased, and it is too late.

Ray Easterling was a safety for the Atlanta Falcons for eight seasons (1970s) and lodged a federal lawsuit against the NFL in 2011. He would be among the 4,500 others to claim the league deceived players about the risks of head injuries.

The NFL would never admit to any correlation, and Easterling, who developed dementia, killed himself the following year.

The league settled the lawsuit for $765 million dollars in 2013, but in 2015, said “researchers have not reliably determined.” The Brain Injury Research Institute reported that an athlete who has suffered a concussion is more apt to suffer from another. They indicated that brain injuries are related to Alzheimer's disease, Parkinson’s disease and erratic behaviors.

They also have "punch-drunk" syndrome, this disorder commonly manifests as declining mental ability, problems with memory and Parkinsonism, which causes tremors and lack of coordination. Our primary focus is to research the effects of CTE, as it is not uncommon for a patient with this disease to be prone to inappropriate or explosive behavior and displays of pathological jealousy or paranoia.” Miller said:

"I think the broader point, and the one that your question gets to, is what that necessarily means, and where do we go from here with that information., noting that little is known about the prevalence of the disease or the risk of incurring it.”