Get to Know Future Hall of Famer Peyton Manning

On and off the field Peyton has continued to shine. Peyton is often praised for his brilliant quarterback instincts and leadership. 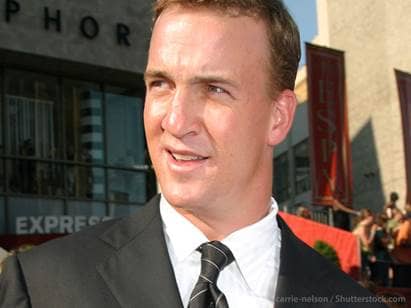 Five-time MVP, eight-time AFC Offensive Player of the Year, Walter Payton Man of the Year Award recipient, 2007 Super Bowl MVP, and two-time Super Bowl Champion – those are just a few of the prestigious awards under Denver Broncos’ quarterback Peyton Manning’s belt. There is no doubt that Manning will go down in history as one of the best to have ever played the game of football.

Manning played college football for the University of Tennessee and led the Tennessee Volunteers to the 1997 SEC Championship in his senior season. In the 1998 NFL Draft, Manning was chosen first overall by the Indianapolis Colts. From 1998 to 2010, Manning led the Colts to eight division championships, two AFC championships, and a Super Bowl championship that the Colts won. In 2012, Manning was released from the Colts and signed with the Denver Broncos. With the Broncos, Manning has become the first quarterback to win a Super Bowl championship with two different teams (Colts and Broncos) and surpassed Brett Favre’s 199 career win streak with his Super Bowl XLI victory - making the new record 200.

Peyton Manning comes from a football family. His father Archie Manning played for the New Orleans Saints from 1971 to 1982, then for the Houston Oilers and Minnesota Vikings. Archie Manning was a renowned quarterback – he was a two-time pro bowler, inducted into the College Football Hall of Fame and his player number has been retired from the Ole Miss Rebels and the New Orleans Saints. Cooper Manning, the eldest Manning brother, played football but was forced to quit due to spinal stenosis. Youngest brother Eli Manning is the quarterback for the New York Football Giants and has won two Super Bowl championships as well.

On and off the field Peyton has continued to shine. Peyton is often praised for his brilliant quarterback instincts and leadership. Monday Night Football commentator Jon Gruden nicknamed Peyton “The Sheriff” because of his tendency to play audible prior to the snap. A team lead by Peyton is typically played by a hurry-up offense in place of the standard huddle and this technique has proven to set Manning ahead. It’s reported that Manning memorized the Colts’ playbook within a week of being drafted to the team.

During his time in Indianapolis, Manning helped to improve the city’s image. Many business owners and residents of the city have openly acknowledged Manning’s successful efforts in building up the city. Shortly after Manning got his start in the NFL, Peyton started his own charity called ‘the Peyback Foundation’. The organization’s mission is to help disadvantaged kids and focus its efforts primarily in Louisiana, Tennessee, and Indiana. During the wake of Hurricane Katrina, Peyton teamed up with his younger brother Eli to provide water, Gatorade, baby formula, diapers, pillows, and other needed necessities to the victims of the hurricane. Then in 2007, St. Vincent Hospital was renamed “Peyton Manning Children’s Hospital at St. Vincent.” Manning and his wife made a donation of an undisclosed amount to St. Vincent’s and have continued to have a relationship with the hospital.

And each summer Peyton joins his father and two brothers by hosting a football summer camp that provides young players with a chance to learn from the very best. Each year the camp is held in Thibodeaux, Louisiana.

Peyton Manning is more than a talented athlete – he’s the entire package. Peyton has a heart of gold and genuinely believes in his team mates. He’s not just a player, he’s a leader. Tony Dungy said, “He’s probably the hardest-working guy I’ve been around and who has great ability. Overachievers work hard because they have to. Peyton has rare talent, but chooses to push himself life he doesn’t.” And Dungy couldn’t be more right, despite Peyton’s talent he still strives for greatness beyond it all.