Tony Romo's decision to hang up his cleats helps us to see the possibilities.

Dallas Cowboy quarterback Tony Romo will not use the word "retirement" after being released by the team. The franchise player and four-time Pro Bowler said there is a 99 percent chance that he won’t return to football. With his spot secured at CBS this season to replace Phil Simms as the lead game broadcast analyst, it looks like Romo is embracing the challenges of a career change. "I'm really excited about the challenge ahead," Romo said in a conference call. "It's going to be a great challenge for me. I hope that I'm able to make the CBS family proud with their decision," the NFL.com reported. Romo has been plagued by injuries, appearing in just five games over the last two seasons after breaking his back and his collarbone. But he leaves Dallas on a good note. After 14 years, he recorded 248 touchdowns and accumulated 34,183 passing yards to become the franchise leader.

However, there is more to his announcement than retiring from a beloved job. The resolution to move on from anything that is comfortable is scary for anyone. We are sure it was not easy for Romo to step down, even though he received a sweet offer from CBS. Nothing is guaranteed in life and we need to take a step of faith when there is no looking back. Like Romo, we will face tough decisions and deal with doubts when the future seems unknown. Here are 5 takeaways from Romo's decision to retire.

Making the decision to leave a place after 14 years must be a gut-wrenching feeling. Of course, this is not confined to football. How many times do we face hard decisions and keep putting them aside? When we don't deal with things, procrastination starts eating away at us. This leads to depression and fear. These are normal feelings to face, but ultimately we need to make a decision. The Cowboys were willing to negotiate with other teams with Romo and his representatives to trade him. Instead of playing games, Romo made a wise decision and stuck with it. "There's no part of me that wants to play,'' Romo said in a CBS conference call. Use caution and discernment when making tough decisions, but face things head-on to avoid being in limbo.

Deal effectively with the transition.

It is never easy to go through a transition, even if you made the decision to move forward with something else in life. Throughout life, people can undoubtedly count on transitions. There are the positive transitions like graduation, marriage, the birth of a child and starting a career. The flip side of transitions could be more negative like a forced retirement, divorce or the death of a loved one. "Emotionally, you're going to go through a wide--just a really, really many different types of feelings from one week to the next. You're just not in a situation to control that until you kind of get removed," Romo told SportsDay. When we deal with transition it's important to talk it through with someone you trust. Romo said he confided in his wife and together they found clarity. For them, being on the road was getting to them and with two kids and another one on the way, the stability of a home life was more important.

Know that you will make mistakes.

People do not allow themselves to make mistakes when they start moving into uncharted territory. In order to adapt to change we need to assume that we will make mistakes along the way. You will not be able to enjoy life if you put the pressure on yourself to be perfect 100 percent of the time. Maybe you are going into another field and starting from scratch. You need to understand that it won't be easy. However, you can trust in your potential. Romo said that he expects that taking a role in broadcast with no experience, will be difficult. "If you have any ability at all, you'll at least achieve your potential. That's what we're trying to do over and over again is figure out how to basically reach your potential in whatever field you go into in life."

Understand that you will lose sometimes.

Just like in football, sometimes you lose the game. Life is the same way. Consider some of these questions: What do you need to surrender today? It is a relationship, a business venture or a painful memory? We can only harness so much of our outside world and sometimes, we just need to give it to God. If you are struggling and getting nowhere, allow God to have the reigns. Romo explained to SportsDay about faith and failing. “Even after telling people my faith, it doesn’t mean I’m not going to mess up or do something wrong. I pray all the time to do the right thing, but as a human being, I fall short."

For Romo, it was easy to make football his identity. When he won, he felt on top of the world. When he lost, the world seemed to be against him. He had to make a decision that there are other things that are more important, like family. "I tried to work that balance, and the problem was I was so consumed at different times, that you kind of sometimes forget about some other things that are going to be very important." We tend to gravitate towards things that make us feel good about ourselves. There is nothing wrong with this. Things change, people change and circumstances change. When this happens, your identity can become shaky. The cure for this is finding other things that you can invest in. This can be investing in your church, in your family and in your community.

Most of us go through pages of transitions in life. There are moments we can change our circumstances. Yet, there are those times that we need to make a hard decision and move ahead in faith. Just like Romo learned, nothing abides forever, except having the courage to press through. 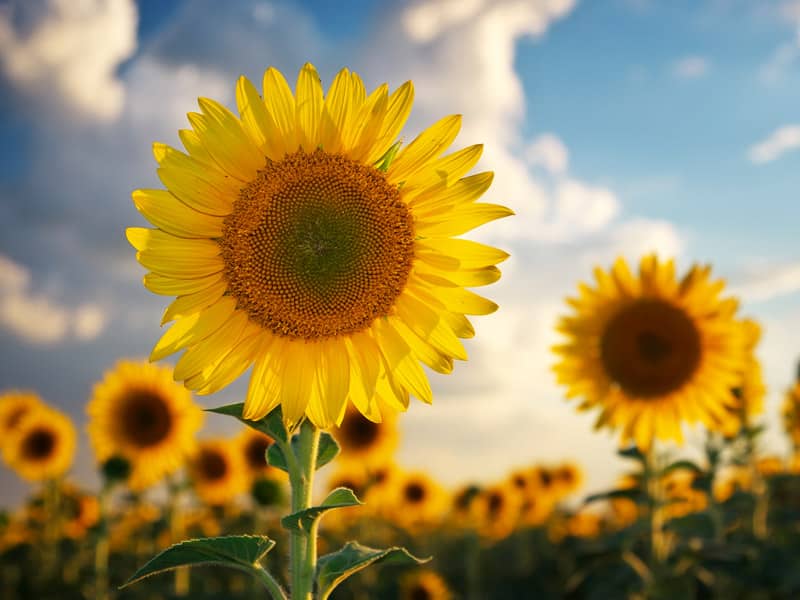 Colors That Heal a Broken Heart