Christian recording artist Christy Nockels' first ever live worship album 'Let It Be Jesus' tells an incredible truth: that Jesus is the treasure and He is always there, even in times of trouble.

This has been a year of great reflection for award-winning Christian recording artist, Christy Nockels. She recently released her first ever live worship album 'Let it Be Jesus' marking 20 years with her husband in worship ministry. It has already climbed the Christian-Gospel music charts, receiving rave reviews, forecasted to be one of the top worship albums of the year. From that writing and reflection, the record tells an incredible truth: that Jesus is the treasure and He is always there, even in times of trouble.

'The Songs Were More Like Anthems, They Needed to Be Sung'

'The Songs Were More Like Anthems, They Needed to Be Sung'

When Christy and her husband, Christian artist and producer Nathan Nockels began listening to the written songs for ‘Let it Be Jesus’, he asked her what she wanted the record to sound like. Her previous album, ‘Into the Glorious’ was really stripped down and simplified. She knew these songs were different and needed to be approached as such.

‘These songs were more like anthems that needed to be sung,” said Nockels. “It was really neat, from the very beginning to put them in the setting that they will always be in which was live."

Thus, a beautiful, live worship album was born. In an incredible night of worship at Passion City Church in Atlanta, they were able to capture what they wanted to be on the actual album. It was a night where people gathered to treasure Jesus together and it really ended up being that, said Nockels.

Everything Is Mine in You

Everything Is Mine in You

‘Everything Is Mine In You,’ co-written with Christian recording artist Ellie Holcomb, is a song about realizing Jesus is all we need in tough, lonely times and is Nockels' favorite on the album. She and Holcomb hadn’t met each other before writing the song, but within 10 minutes of meeting, they were sharing stories about sweet friends that were going through suffering. They found themselves in tears over the Bible as they wrote this.

“Her friend was going through infertility and I was telling her about a friend that was waiting for the right man and really wants to be married,” said Nockels. Through those exchanges, Holcomb knew it was a song for women. They began sharing Scripture. What was on Holcomb’s heart was Romans 4, which is against all hope, Abraham hoped. Nockels’ Scripture was 1 Corinthians 3, where Paul talks about not boasting in man. That line of Scripture burned on her heart.

Nockels not only wanted to find a way to say ‘All is Yours’ but also wanted to make it personal, so she turned it around. “If Paul says ‘All is Yours,” then I was like ‘Everything Is Mine,’” said Nockels.

That was the hook. Notebooks, Bibles and Holcomb's guitar in hand, the lines started flowing and they began to fill each other’s gaps. The chorus was “here is why everything is mine” because He is master over all. He’s seated in the Heavenly. He is our hiding place. In Him, we have everything we need, Nockels said.

Nockels knows what it’s like to hope against hope. No matter what valley she’s faced, she’s held on to the truth that with Jesus, we can do all things.

“I’ve experienced miscarriage and I know that’s a very hidden pain," said Nockels. "But even in the midst of something that sad and sorrowful, you have that truth, that really all is mine and obviously it’s not earthly things."

A Greater Calling to Women

A Greater Calling to Women

Her calling to speak and lead women goes way beyond ‘Everything Is Mine In You.” She’s always felt a responsibility to raise up young women, especially ones who are in church leadership. For the past six months, she’s been leading and mentoring a worship circle online for a group of female worship leaders all across the country and its now a major part of her ministry. The Lord has shown her through this experience that it’s just as important to do something small, because the small moments may really be big moments.

“God is showing me in those small moments are actually these really huge Kingdom moments that no one else is ever going to see but He sees them,” said Nockels. “They’re these little moments where I’m sitting there with this girl and she’s on the screen crying her eyes out and I’m getting to just pour into her and remind her of truth and it helps me too.”

The Power of Live Worship

The Power of Live Worship

Nockels has led thousands in worship for many years around the world, seeing the church alive on every continent where there is people in her 20 years of worship ministry. She’s grateful for all the opportunities she’s had to see different communities gather together. For anyone who is new to Christianity or hasn’t had the live worship experience, it’s incredible, said Nockels.

“There have been times that we’ve been able to go to Hong Kong or Brazil, or places where it’s just not as normal for a gathering of thousands of believers, to come together…[people] will come up to you in tears afterwards and just say, ‘I’ve never ever been able to do this.”

What’s so special about the worship experience and what continues to draw her to it is feeling connected with the family of God. You really feel like you’re a child of God, these are my siblings and that we’re all together in this and for some, it can be the most powerful experience they’ve ever had because of the unity they feel in that room, whether that’s a group of 30,000 gathered, or a group of 30, said Nockels.

Calling On Him, In Times of Need

Calling On Him, In Times of Need

There are so many people in this generation that are reaching for something that Kingdom-wise, or eternally they already have, said Nockels. If they acknowledged what the Father is already providing them, their lives would be transformed.

“If you live from that place of who you already are and what Christ has already done for you, it changes your perspective,” said Nockels. “Even the lowest of valleys that you can be in or in sorrow, it can give you right thinking inside of really hard times.” 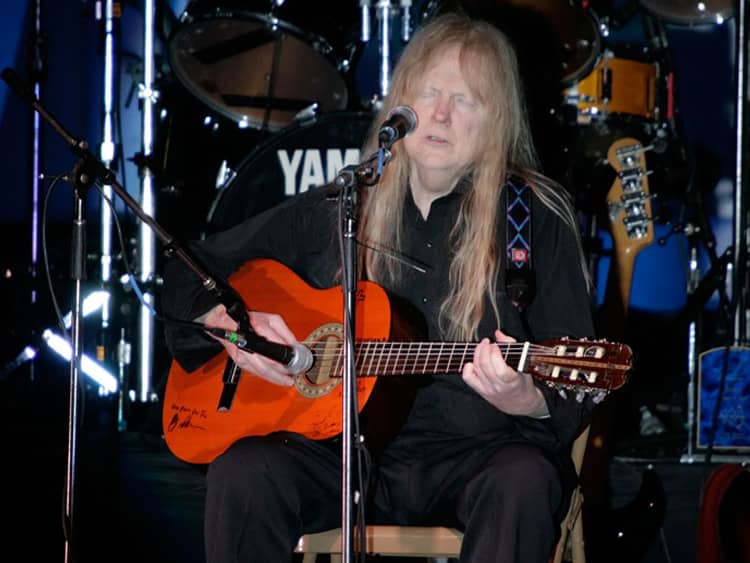 The Story of Larry Norman
Norman was a pioneer in his own right. Read next feature >
Lesli White is a graduate of Virginia Commonwealth with a Bachelor’s degree in Mass Communications and a concentration in print and online journalism. In college, she took a number of religious studies courses and harnessed her talent for storytelling. White has a rich faith background. Her father, a Lutheran pastor and life coach was a big influence in her faith life, helping her to see the value of sharing the message of Christ with others. She has served in the church from an early age. Some of these roles include assisting ministry, mutual ministry, worship and music ministry and church council.