‘Unbroken Praise’ Delves Deep into the Heart of Worship 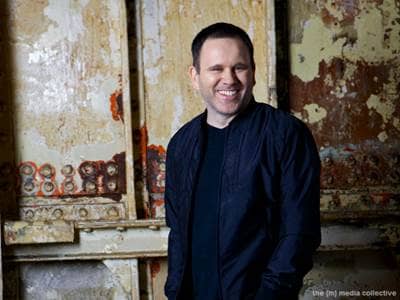 Matt Redman was only seven years old when his father took his own life. The month after he died, an American worship music group traveled to the UK and his mother took him to listen. Little did he know the impact this moment would have on his life.

“I was only seven, but I was captivated by it.” Redman said. “[It] was such a devastating moment in my life [but] suddenly, God, somehow in His wisdom used this music to keep my heart soft and keep me on the right track.”

Now, 34 years older and 12 albums later, he’s been a pioneer in the modern day worship movement, leading thousands in worship around the world, and continues to be drawn to the power of worship music, the power that can happen through the people of God and the presence of God that pours out in praises.

“I think music itself is a powerful force and it’s an amazing part of God’s blessing and His presence in this world,” Redman said. “I think something extra happens when we journey towards Him with music and praise.”

After recording three live albums in a row, Redman wanted his forth live record to be different. Talks came of recording in his homeland, England. The dream got even bigger when Abbey Road was a possibility, the iconic studio where the Beatles recorded most of their songs. He had worked in Abbey Road Studios before on independent projects but always thought it would be amazing to do a whole album there. Then, it happened. His bucket list item was becoming a reality and a night of beautiful worship began to unfold.

On that recording day, a crowd of 350+ gathered in the Georgian townhouse-turned studio. Those in attendance knew all the songs being recorded beforehand except ‘Unbroken Praise’, inspired by a verse in the classical hymn “Joyful, Joyful We Adore Thee" referring to the act of glorifying God through praise and acknowledging him in everything we do. Redman had 10 songs prepared but all the way up until the night before recording, he felt like there was a song missing, a central song of praise to make things feel complete. That song missing was ‘Unbroken Praise’.

Then, he received an out-of-the-blue email from his producer, Nathan Nockels (10,000 Reasons; Your Grace Find Me) that said, “We’ve got your back, so even if at this moment you wanted to bring in a brand new song, that would be fine with us. We’ll make a plan.” All that time, Redman had been thinking of not getting to finish ‘Unbroken Praise’. This message was just what he needed to pull the song off, finishing it with his co-writer Jonas Myrin at 11:30pm. It later became the album’s title, an appropriate one.

“It was beautiful because it was the only song of the night people didn’t know,” Redman said. “They very quickly wrapped their hearts around it. I love God’s little surprises in those moments.”

Looking back at that night, it just felt like we were having church, Redman said.

“Of course we’re making an album, of course trying to get great verses and good songs but ultimately what we were doing and what we do wherever we set off to play is leading people in worship, and pouring our hearts out to God together.”

Many of Redman's songs today can be traced back to his childhood. The theme of the album ‘choosing to worship God for the long haul’ is one that is very personal but also one that is connectable. For anyone who is lost on their faith journey and comes across his album, he wants listeners to recognize God’s never-ending love.

“I think a lot of times, when people have lost their hope or their faith, they’ve lost sight of the heart of God. There are a lot of things in this life that can obscure the heart of God,” Redman said. “You can’t love God unless you know you are loved by Him. He loved us first.”

Worship is a reflex of the soul and a reflection of what God has done for you, Redman said. If you’ve fallen from God, you have to find a place where you can glimpse His heart again.

“That’s where the heart of worship comes from,” Redman said. “The springboard to worship is through the heart of God.”

Lesli White is a Digital Media Coordinator at Beliefnet.com