There are many songs - especially those in the oldie-but-goodie category, that lift spirits, put a spring in the step, and remind us it’s good to be alive. Here’s a look at 10 favorites.

Music stirs the heart to every emotion - including lightness and joy. That’s the kind of music we need now. With international tensions running high, we’re also contending with a wobbly economy, far too many heart-wrenching crimes in our communities, and all the personal crises no headline writer knows or cares about.

Perhaps it’s no surprise, then, that not long ago Pharrell Williams jubilant song “Happy” soared to number one on the charts and became a viral YouTube hit. It made everyone who heard it, well, happy. But there are many other songs - especially those in the oldie-but-goodie category, that lift spirits, put a spring in the step, and remind us it’s good to be alive. Here’s a look at 10 favorites.

What a Wonderful World

We’ll let the lyrics of this Louis Armstrong song do the talking: “I hear babies crying/ I watch them grow/ They’ll learn much more than I’ll ever know/ And I think to myself/ What a wonderful world.”

John Newton was an 18th century slave trader who had a spiritual conversion during a storm at sea. Later he became a pastor and wrote hymns. Newton’s great hymn “Amazing Grace” reminds us that nothing, and no one, is ever too far gone to be redeemed.

This song by Simon and Garfunkel is short and sweet, suggesting that you can survive on your own by trusting nature and having a positive attitude. As the lyrics state: “let the morning time drop all its petals on me, life I love you, all is groovy.”

I Can See Clearly Now

Written and recorded by Johnny Nash, the song’s optimistic lyrics are perfect for days when your life could use a little sunshine. He sings: “Gone are the dark clouds that had me blind/It's gonna be a bright (bright), bright (bright) Sun-Shiny day.”

Okay, this upbeat Jule Styne/Stephen Sondheim song from the Broadway musical “Gypsy” is a little raucous. But it celebrates determination and doing your own thing.

The Indian mystic Meher Baba often used the expression “Don’t worry, be happy” when he cabled followers in the West. Inspired by the phrase, Bobby McFerrin wrote the upbeat song with lyrics to make you smile such as: “In every life we have some trouble/ When you worry you make it double/ Don’t worry, be happy”

When the Saints Go Marching In

In 1938, Louis Armstrong and his orchestra recorded this New Orleans jazz classic. No matter how down you are, this song will lift your soul and convince it to march down the street.

The very sound of reggae music with its distinctive beat is joyful - and this Bob Marley song makes the heart soar.

The Brooklyn Tabernacle Choir began recording this gospel piece just days after after the September 11th terrorist attacks. While the song isn’t exactly an “oldie,” “Be Glad” reminds us: “This is the day that the Lord has made. Lets us rejoice and be glad in it.”

Fanfare for the Common Man

Aaron Copeland’s inspiring modern classic reminds us not to take for granted what we have as Americans. 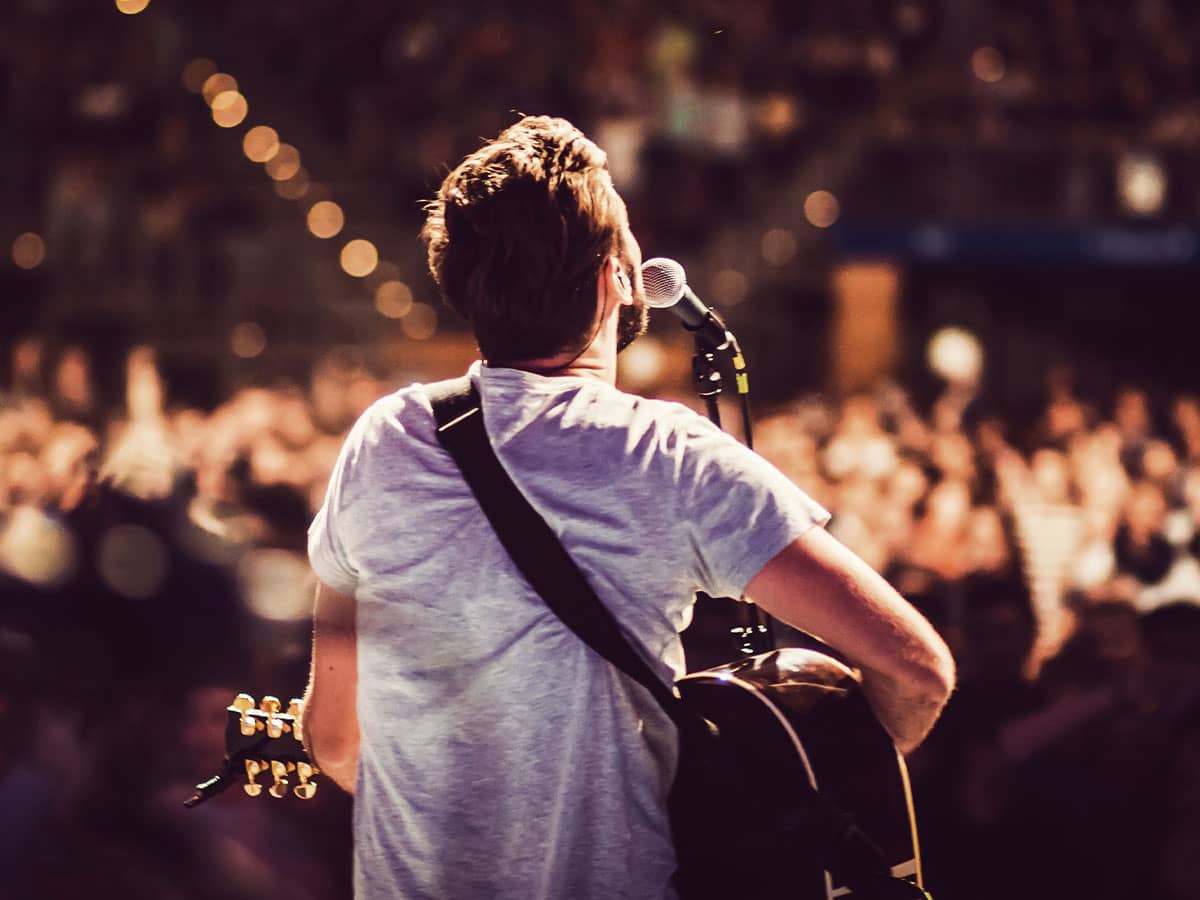 5 Songs You Didn’t Realize Were Christian
Many of us have sung their songs a million times without even knowing they had a Christian message. Read next feature >
Rona Cherry has written about health and wellness for The New York Times Sunday Magazine, The Ladies’ Home Journal, Vegetarian Times, and many other publications. She was the editor-in-chief of several national magazines, including Fitness and Longevity.