Rock, Blues and Jazz: The Life of Legend Gregg Allman

Gregg Allman, from the iconic rock group The Allman Brothers, shares his highs and lows in his new book My Cross to Bear. 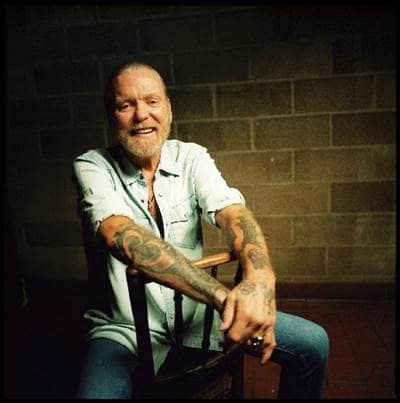 “It should have been the greatest week of my life, but instead I hit an all-time low. The Allman Brothers Band, the band my brother started, with our name on it, was inducted into the Rock and Roll Hall of Fame, and I flat-out missed it. I was physically there, but otherwise I was out of it – mentally, emotionally, and spiritually.” It was at that moment that Gregg Allman realized he needed to change.

That moment of revelation was 18 years ago and forever changed Allman’s life. Alcohol was his main addiction and it fed the demons that were buried in his soul. While standing on the podium for one of the biggest moments in his life, Allman realized it was difficult to stand; not because of fear or anxiety but because of the addiction that took over his life. “Willy Nelson presented us with the award and I could barely stand up. I wanted to say something about all of the people that have helped me along the way and all I could say was thank you,” Allman said.

The Allman Brothers have achieved so much and paved the way for others in the music industry with their amazing mix of rock, blues and jazz. “You’re putting your whole soul into it, all the happiness you ever had, every tear you’ve ever shed – all of that goes into your singing,” Allman said. Music is not only Allman’s career but it’s his heart and soul because it has been a way for the bad to come in and out of his life. “I’m not sure if music helped or ended my addiction. Because people would come along, because they listened to our music, and offer us anything that we wanted,” Allman said.

“Music itself helped give me something to hold onto and keep me on the ground,” Allman said. However, music is what makes Gregg Allman who he is today. He’s able to share his deepest feelings with everyone and through those words provide comfort and relief to others who are experiencing those same emotions.

In his book, My Cross to Bear, Allman talks about his failed relationships and marriages. Allman said that he learned that you have to be friends before you decide to marry someone. He went on to say, “Friends and love are the most abused words.” In order to make something work you have to make sure you’re committed to that person no matter what and your friendship should be the foundation to your relationship.

The Allman Brothers have received just about every honor – Life Achievement Grammy Award, Member of the Rock and Roll Hall of Fame and just about every Rolling Stone Greatest list ever made – just to name a few. Yet above all, as you can read in his book, Gregg’s biggest legacy is the person that he’s become today. He’s stayed true to himself and used his talents to inspire others to rise above hardship and addictions to become a better individual.

“About fifteen years ago I started wearing a cross, because I finally got some sort of spirituality. Until that point I’d always felt alone, and while sometimes I still get that way because I have a real phobia about being alone, at least now I can do something about it. As long as you have spirituality, you’re never alone,” Allman said.

For more information on My Cross to Bear, click here.