God's Voice to the Hip-Hop Culture

Christian rapper Lecrae Moore, the leader of 116 Clique and founder of Reach Records, has impacted the mainstream by selling hundreds of thousands of records and winning a Grammy. 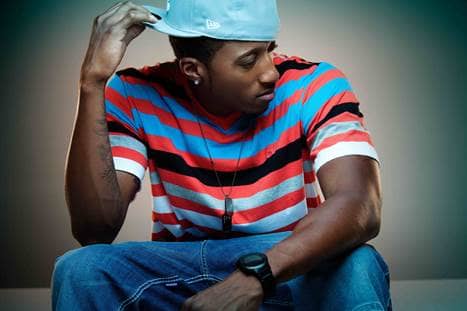 In the eight years since he hit the Christian rap scene, Lecrae Moore has not only risen to the top of a growing heap of talented artists, the record mogul with an evangelist’s heart has accomplished things that most others have only dreamt about. As the leader of the 116 Clique (Trip Lee, Tedashii, KB, Pro, Andy Mineo, etc.) and founder of Reach Records, Lecrae has impacted the mainstream, sold hundreds of thousands of records and garnered multiple Dove Awards and most recently his first Grammy.

But when Lecrae first started to write rhymes about the Gospel, it never crossed his mind that rap music could be a ministry, much less a sustainable career. In fact, some might be surprised to learn that he first thought the genre was “corny.”

“I thought it would be silly or weird if somebody had an album where they were rapping about Jesus,” Lecrae admits.

That’s because, throughout his early life and into his late teens, he was heavily influenced by mainstream hip hop and his older cousins and uncles, many of which were involved with the gang lifestyle to varying degrees. And Lecrae’s view of Christianity was seen through the lens of a church where mostly older people attended. So the two concepts were light years apart.

“I began to fall in love with it, just the whole culture,” Lecrae explains. “It was like having people tell stories about what I was seeing and what I was experiencing. So obviously a lot of those songs were glorifying the violence and the drug abuse and the misogyny but ultimately for a young kid, it was the only picture of people in the media that looked like me and talked like me and dressed like me.”

But when Lecrae was 19 years old, a group of Christian young men invited him to attend a conference in Atlanta. Not knowing what it was all about, he agreed to take what he hoped would be a party-filled road trip. It turned out to be something completely different. At the event, he also saw people that looked like him, but they talked different and their music was all about God. Lecrae was transformed and his burgeoning rap skills were given a new purpose.

“Everybody has a worldview, but it isn’t a biblical worldview,” he explains. That’s the right worldview. Obviously, Christianity is saving truth and it’s sanctifying truth, but I also believe that it’s total truth. It is the truth about every aspect of life from economics to masculinity to marriage. God has the right view on all of these things. All of us at Reach Records have been given a voice within the culture and a voice for God as His ambassadors to articulate that to the world. That’s what we want to do. Obviously there’s a great impact on urban culture, but God has expanded that and we’re content to serve Him as best we can in that capacity.”

In 2004, Lecrae co-founded Reach Records with Ben Washer and released his debut album Real Talk. In 2006, he turned heads with the hit song “Jesus Music” from the sophomore release After the Music Stops. Subsequent releases Rebel and Rehab only furthered his status as the genre’s leading voice. But even more incredible were the waves Lecrae was making both within the general market and a Christian music scene that hasn’t always been known for his diversity.

Manwell Reyes of Group 1 Crew is among the growing number of artists that have been impressed and inspired by his meteoric rise.

“The more I try to think about Lecrae’s success the more I think you shouldn’t try to figure it out,” Reyes says. “How he’s doing it is such a God thing. He’s just a good dude and everything that he’s doing and the walls that he’s breaking down is monumental for us as people of God. It’s just one of those things where you sit back and love it.”

And as far as Lecrae is concerned, not being able to explain it is a good thing.

“If we can point to how it happened, then we did it,” Lecrae says. “Obviously you do all that you can but if you can look back and see how all the dots came together, and if it’s explainable, then it wasn’t God.”

In 2012, Lecrae broke new ground when he was named the Gospel Music Association’s Dove Award winner for Artist of the Year. At the 2013 Grammy Awards, his latest album Gravity received the nod for Best Gospel Album of the Year.

“There are a lot of aspects of (these awards) that are great,” Lecrae says. “There are some people that have a broader platform and can reach way more people than we can, and they’ve given us a little more of a platform. That’s humbling to think about. Aside from that, when people celebrate the gifting, it’s ultimately a celebration of the Giver. It’s just acknowledging what God is doing in and through us. It’s mind blowing how God put all of this together with His providence.”