Jam out to these top Christian bands that provide wholesome entertainment. Over the past two decades, Christian rock music has quickly grown and began topping charts outside of the Christian genre. In the United States, many Christian rock bands outperform and outsell some of the biggest names in the pop industry game. Surprisingly, this brand of rock music resonates with so many fans on many levels that are not purely Christian based. Like the film industry, Christian faith has continued to break down barriers and misconceptions that previously existed.

What’s very surprising is the biblical references used in songs and the influence Christianity has on musicians – so much so that many listeners do not know the complete background that encompasses a song and/or artist. Popular bands like U2, Mumford & Sons, and Kings of Leon have all been grouped into the Christian category – as these musicians have referenced their Christian faith in lyrics or discussed how their religion has been the inspirational basis for hit records. With that said, there are a lot of chart topping Christian rock bands that you, as a Christian listener, may not have heard. If you’re looking to refresh a playlist or add some new tunes to your cloud, here are a few bands you’ll definitely want to consider.

Switchfoot is an alternative rock band from San Diego, California. The band's members are Jon Foreman on lead vocals, Tim Foreman on bass guitar and back-up vocals, Chad Butler on drums, Jerome Fontamillas on guitar and keyboards, and Drew Shirley on guitar and back-up vocals. After early success in the Christian rock scene, Switchfoot got their big mainstream break when four of their songs were featured in the 2002 movie A Walk to Remember.

Since then, the band has continued to release record after record with a great deal of success. Their tenth studio album was released in 2016 by Concord Music Group – they are signed with the label’s imprint Vanguard Records. In an interview with The Boston Globe Foreman said, “We’ve always been very open and honest about where the songs are coming from. For us, these songs are for everyone. Calling us ‘Christian rock’ tends to be a box that closes some people out and excludes them, and that’s not what we’re trying to do. Music has always opened my mind – and that’s what we want.” While Foreman doesn’t dispute their Christian roots, he prefers that audiences stay open minded. Switchfoot headlines large Christian-based musical festivals, and has been featured on various Christian media sites and magazines.

In early 2014, Disciple launched a Kickstarter campaign to fund their new album – which was set to be recorded and released independently. The campaign was a huge success. The initial campaign goal was $45,000 and the total pledged amount ended at $115,852. Since then the band has continued to produce music, with various producers and members stepping away. In 2016, Disciple launched a second Kickstarter campaign to fund their 11th album, Long Live Rebels, and fans stepped up – with 2,012 contributors raising a total of $127,675 for the album.

The band has been nominated for 12 Dove Awards and won two of those. Formed in 1992, Disciple has recorded over 10 albums, played thousands of shows worldwide, headlined tours since the late 90’s, has 14 No. 1 singles, sold hundreds of thousands of records, had its music featured by ESPN’s NFL Live, WWE, Fox Sports, as well as in commercials for CBS’ CSI: Miami and Criminal Minds, and more.

Kutless is a popular Christian rock band from Portland, Oregon. Since their formation in 1999, the band has released multiple studio albums and have sold 3 million records worldwide. The band was formed as a campus worship band named "Call Box". Shortly after singing to BEC records, the band’s first guitarist left and was replaced – the band changed their name to Kutless in October 2001. The new band name was inspired by Romans 6:23 which says, “For the wages of sin is death, but the free gift of God is eternal life in Christ Jesus our Lord.” The members believe that this Bible verse articulates to God’s children that he took away our cuts and left us ‘kutless’.

Over the years, the band has been nominated for nine GMA Dove Awards – with the most recent one being in 2016 for Rock/Contemporary Album of the Year for their album Surrender. Kutless’ website and social media channels are consistently updated with Christian messages and rallied causes. Their fans respect the band’s Christian morals and values – and identify the drive for faith that is evident throughout their lyrics and day-to-day lifestyle.

Nine Lashes independently released their first album, Escape, in 2009 before Trevor McNevan of Thousand Foot Krutch introduced the band to Tooth & Nail Records. Soon, the band signed and recorded their second album World We View and released it in February 2012. The album sold well and made several Billboard charts. Since then the band has recorded two more albums – their fourth, and most recent album, was released May 2016. Their latest album, Ascend, reveals a new side of the band. Many critics, reviewing the album, have said that the band has left behind a lot of their hard rock elements in favor of more EDM and dubstep inspired sound with elements of alternative rock.

In an interview with HM Magazine, vocalist Jeremy Dunn shared some of the band’s thoughts on the rise to fame and their Christian angle. “My taste in music has evolved over time and grown to a lot of different genres, but that’s the one I grew up on. When we started this, it was the one thing that really connected to all of us – we all share a similar taste in music and it was rock. Then we also had a passion for Christ and our faith. Those two things go hand-in-hand and they kind of make sense,” said Dunn.

Skillet is a Christian rock band formed in Memphis, Tennessee. In the beginning, the band went through several line-up changes. Now the band consists of John Cooper on lead vocals and bass, his wife Korey Cooper on guitar, keyboard and back-up vocals, Jen Ledger on drums and vocals, and Seth Morrison as the lead guitarist. The band has nine albums under its belt with two receiving Grammy nominations – Collide and Comatose.

Skillet is known for its jam-packed touring schedule. The band has toured with big rocks names like Breaking Benjamin, Three Days, Grace, Seether, Flyleaf, Puddle of Mudd, and Shinedown. In several interviews, John has been asked what words he would use to describe the band’s sound. He has replied numerous times by stating that their sound is a union between spirit and social – ultimately John believes the music has an alternative music sound, but brings a variety of listeners together.

Which band is your favorite? 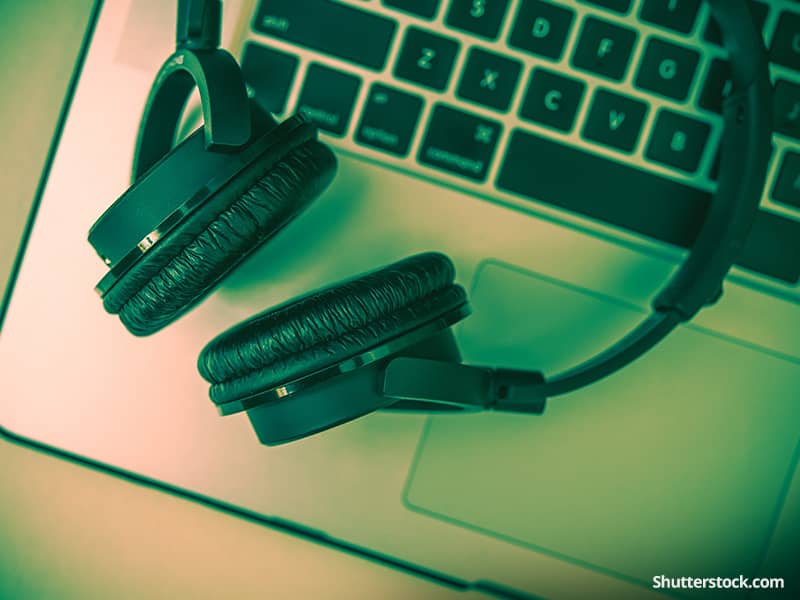 Which band is your favorite?

Without a doubt, Christian rock bands are continuing to change the sound of music. These bands are not allowing previous stigmas and misconceptions to put them into a box. Instead these musicians are branching out and making their music so that it attracts a wide range of listeners. These Christian rock bands are definitely paving the way for other talented artists to continue to bridge the gap and inspire Christians all around the world. Hymns have an important history and depth that should never be erased. Read next feature >
Angela Guzman is a Writer at Large for Beliefnet and a contributor for the Huffington Post.
More from beliefnet and our partners
Add some inspiration to your inbox.
Sign up for Beliefnet's Entertainment & Celebrities newsletter.
From time to time you will also receive Special Offers from our partners