Finding Hope in a Record 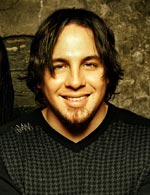 If you've listened to mainstream rock radio--or Christian rock radio--any time over the past 15 years, chances are you've heard a song by the band P.O.D. (Payable on Death). With megahits like "Alive," "Youth of the Nation," "Boom," and their groundbreaking collaboration with Hasidic Jewish reggae artist Matisyahu on "Roots in Stereo," the band has never failed to attract a diverse audience--some in it for the sound, some in it for the spiritual message.

P.O.D. singer Sonny Sandoval recently spoke to Beliefnet about the band's new album, "When Angels & Serpents Dance," their recent switch to a small Christian record label, and how he started a nationwide trend by naming his daughter Nevaeh, which is heaven spelled backward.