We've all had our relationship troubles, these songs capture those difficult moments in the best way possible.

Adele is the current queen of amazing break-up songs, and her mega hit "Someone Like You" is possibly the greatest ballad of the 2000s.  Few songs connect to a listener like this one does, taking us to our darkest moments but leaving us with a bit of hope as well.

R & B act Boyz II Men mastered the art of break-up songs, with "End of the Road" being their crowning achievement.  One would think that a lot less break-ups would happen if all men could talk like the bass guy in Boyz II Men, but even his forgiveness couldn't save this relationship.

Check out an interview with Boyz II Men's Shawn Stockman!

Kelly Clarkson - Since U Been Gone

Break-ups can be a good thing, Kelly Clarkson certainly knows it.  This girl rock anthem is all about embracing the end of a bad relationship - but definitely not the person who put you through it!

The Righteous Brothers were the group who showed Boyz II Men how it's done, and "You've Lost That Loving Feeling" hits all of the right emotional numbers.

You had to know this list would include Beyonce/Sasha Fierce, soak up that girl power ladies.  He must not know about you!!

Flight of the Conchords - I'm Not Crying

Sometimes it's good to laugh a little when you're going through a tough break-up, and this mocking break-up jam is just the ticket.  Don't worry, you aren't crying - you've just been cutting an onion to make a lasagna.

Bon Jovi has always had a knack for making even the most ludicrous of lyrics sound emotional.  While Jon may be a "bleeding Romeo", there must have been some "luck in his loaded dice" because this tune was an international hit.

Anger is an emotion that usually accompanies a break-up, so why not take out that anger on love itself?  J. Geils Band gave us the perfect vehicle for that anger in the '80s, and The Wedding Singer showed why.

Smokey Robinson - Tracks of My Tears

It's interesting that the original version of this classic sounds peppy when the subject is as dire as can be.  The song is about covering up your inner emotions, in a way the music does just the same thing to the lyrics.

Few songs capture the final moments of a relationship with the bluntness that Butch Walker's "Here Comes the..." does.  Pink, who's break-ups have been much more public than Walker's, supplies perfect backing vocals as a reminder that the end of a relationship always changes both people.

Bonnie Raitt - I Can't Make You Love Me

Bonnie Raitt always had a way with the blues, but this ballad became one of her biggest hits.  It's hard to give up on a relationship, and this somber tune puts that difficulty into words with precision.

Keith Urban - You'll Think of Me

Country music is the perfect backdrop for heartbreak, and Keith Urban's shows that newer country stars can do it too.

People pick on country music, but it can pack an emotional punch like no other.  George Jones, like many of us, knows that sometimes there just anything left to say.  Good thing there is always a good song to listen to.

From her 2008 album Perfectly Clear, Jewel gives women an anthem for not settling in relationships. "Stronger Woman" says goodbye to bad romances and vows: "I'm gonna love myself more than anyone else / believe in me even if someone can't see the stronger woman in me."

Justin Timberlake - Cry Me A River

While female artists are usually the ones writing the angry break-up songs, Justin Timberlake is out to prove that guys can get in on the action too.  He may have been upset then, but Justin Timberlake has to be glad that things didn't ultimately work out with Britney Spears.  He definitely won that one.

There aren't enough rockers on this list, good thing Journey is ready to make the rock happen!  Steve Perry and co. inspire us to consider wishing our exes the best, and to also consider wearing tighter pants and using more hairspray.

Vertical Horizon penned this song long before they struck pop gold with "Everything You Want."  While unknown, it is one of the simpler, more poignant songs on this list.  It is a powerful reminder that there can be inspiration in break-ups.

My guess is that no one dared to hurt Alanis Morissette after this song became a chart topper.  I'm a little scared myself, but, you go girl.  You go.

Phil Collins - Against All Odds

I love Phil Collins.  That is all.

Cinderella - Don't Know What You Got 'Til It's Gone

There are a number of '80s power ballads that could have made the list, but Cinderella won a place over Poison's "Every Rose Has It's Thorn."  They are both great songs, but Cinderella's break-up anthem is where it's at. 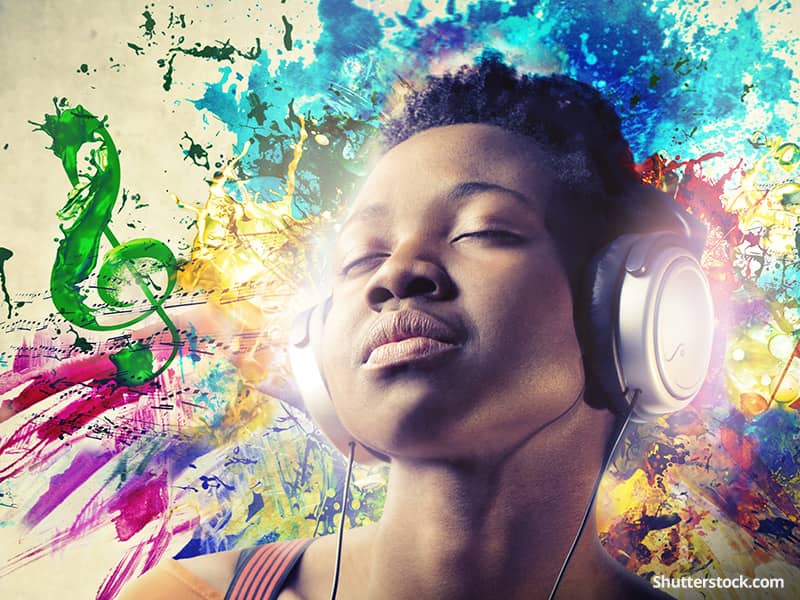 8 Classic One-Hit Wonders
Sometimes, one song is all it takes. Read next feature >