Tyler Perry's 'Why Did I Get Married?'

Exclusive video from Perry's latest, out on DVD 2/12, about married couples who go away together--and face difficult revelations 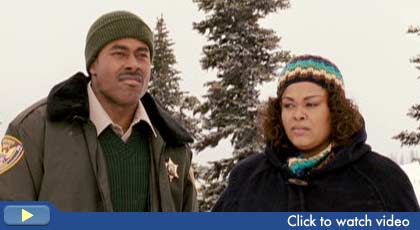 Click to Launch an Exclusive Clip from the Movie

Movie Synopsis
A big-screen adaptation of Perry's hit stage play of the same title, "Why Did I Get Married?" is a story about the difficulty of maintaining a solid love relationship in modern times. During a trip to the snowcapped mountains of Colorado, eight married college friends have gathered for their annual seven-day reunion. But the mood is shattered when the group comes face-to-face with one pair's infidelity. As secrets are revealed, each couple begins questioning the validity of their own marriage. Over the course of the weekend, husbands and wives take a hard look at their lives, wrestling with issues of commitment, betrayal, and forgiveness as they seek a way forward.