The Writers and Books That Inspire Anthony Hopkins

In a recent interview with Anthony Hopkins, the knighted actor made numerous references to great thinkers and the works they penned. Here, then, are a few of the writers and books that inspire one of the greatest actors of our time.

I recently had a chance to sit down with star of the upcoming supernatural thriller The Rite, Sir Anthony Hopkins (though he prefers to be called ‘Tony’; let me not understate how surreal it is to address Hannibal Lector as ‘Tony’). Topics of discussion ranged from his personal beliefs (“I don’t know what I believe, really.”) to whether he thought demonic possession was real (“I think it’s psychosomatic, a mental aberration, but then I don’t know, I’m not a theologian.”). Throughout the entire interview Hopkins was warm, soft spoken, and engaging. Despite the fact that he is 73 he acts as if he were half as young. And part of his youthful vigor must be chalked up to his voracious appetite for the written word.

Hopkins made multiple references to his favorite works, authors, and books that he is currently reading. I’ve compiled a list of titles that came up during the discussion with the knighted actor. Truth be told, just listening to him made me want to become a smarter, better-read human being.

Here then are the writers and the works of fiction and non-fiction that inspire and intrigue one of the most gifted actors of our age. 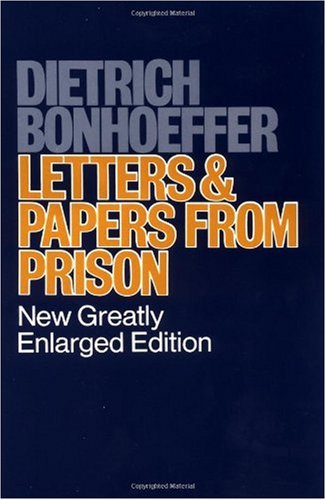 Letters and Papers From Prison by Dietrich Bonhoeffer
Although Hopkins says he isn’t sure what he believes and has even gone through his moments of athiesm, his respect and admiration for Christian martyr Dietrich Bonhoeffer was obvious. The pastor and theologian who was executed by the Gestapo in a concentration camp was mentioned not once, but twice by Hopkins during the conversation. “I hope I would not be so arrogant as to doubt anyone’s religion or belief. If Dietrich Bonhoeffer…sacrificed his life in a Nazi concentration camp for his church, then who am I to refute anything?”

Letters and Papers From Prison is a collection of Bonhoeffer’s correspondence and papers during the two years he spent in prison prior to his death at the hands of the Nazis.

Purchase Letters and Papers From Prison 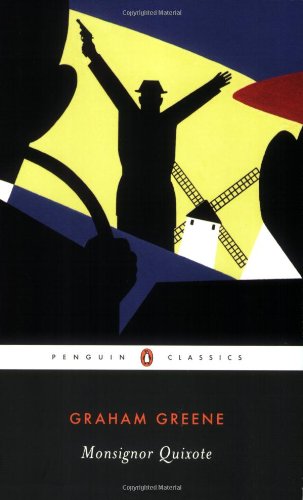 Monsignor Quixote by Graham Greene
“There’s a wonderful book by Graham Greene, who is a powerful Catholic,” said Hopkins of Monsignor Quixote, a novel that humorously riffs on Cervantes’ classic Don Quixote and wrestles with issues such as tyranny, Communism, and Catholicism. The novel tells the story of Father Quixote, a village priest who is accidentally promoted to the rank of monsignor and heads off to the capital with sidekick Sancho, the town’s ex-mayor and an ardent Communist to boot. They have many friendly but heated discussions about life, religion, and politics in a manner that Hopkins said was reminiscent of Tuesdays With Morrie. Monsignor Quixote is regarded as one of Green’s most powerful works.

The Last Days of Socrates by Plato
Socrates was one of the giants of Western philosophy and made important, perhaps the most important, contributions to the fields of logic and epistemology. When the Oracle pronounced him the wisest man in the world he set out to test that theory by examining the words and thoughts of his greatest contemporaries. Due to the egotistical answers he received, he paradoxically concluded that he was the wisest man in the world simply because he was conscious of his own ignorance. In this respect, Socrates might serve as the historical figure that Hopkins most aspires to emulate. “I’m certain that I’m not certain,” said Hopkins. “Socrates was told he was the wisest man of all and he said, ‘That’s impossible.’ He realized he knew nothing.”

Purchase The Last Days of Socrates

The Rite: The Making of a Modern Exorcist by Matt Baglio
This book is a bit of a cheat since Hopkins never mentioned whether he had read it or not. However, it is the book that formed the basis for the film in which he currently stars as Father Lucas, so it seems appropriate to include here. Jouranlist Baglio followed American priest Father Gary Thomas (who, incidentally, was also interviewed) as he traveled to the Vatican in order to attend, for lack of a better term, ‘Exorcism School.’ The book is fascinating without being sensational and takes a topic rife with stereotypes – thanks in no small part to Hollywood - and masterfully differentiates the real from the imaginary.

Purchase The Rite: The Making of a Modern Day Exorcist

Ideas & Opinions by Albert Einstein
What reading list would be complete without a heady exploration into the nature of physics and the universe? Hopkins is nothing if not an intellectual, referencing Albert Einstein numerous times in the course of 20 minutes. “Einstein believed in a non-personal God; believed in a mathematical intelligence in the back of the Cosmos…[He] was uncertain. He knew nothing. Yet he was probably one of the smartest geniuses of our time.” Dive into one of the most brilliant minds of our age with this challenging – but accessible – book.

God Is Not Great by Christopher Hitchens
And what good would a reading list be without a bit of controversy? Christopher Hitchens, champion for atheists everywhere, certainly fits that bill. Hopkins referred to him as a “brilliant atheist, a brilliant man.” But he followed that up by saying, “I couldn’t personally live in a closed windowless room like [Hitchens] because I don’t believe in certainty. Nothing is certain.”

The full title of Hitchens’ book is God Is Not Great: How Religion Poisons Everything. May I helpfully suggest you read this one with a grain of salt.

Purchase God Is Not Great

The Origin of Species by Charles Darwin
And what is currently sitting on Sir Hopkins’ night stand? The book that gave rise to one of the most important scientific theories of all time: the theory of evolution. “I continue reading and I go on reading because it’s fascinating. It's absolutely fascinating. [The Origin of Species] is not an atheistic book. [It was] written by a brilliant scientist.”

Purchase The Origin of Species

The Ascent of Man by Jacob Bronowski
Jacob Bronowski was a Polish-Jewish renaissance man fluent in mathematics, history, and biology as well as being an inventor, poet, and playwright. In 1973 he wrote and presented a 13 part BBC documentary series titled The Ascent of Man to which this book is a companion piece. The series, as well as the book, seeks to chronicle the rise of mankind through scientific discovery and is, by all accounts, absolutely fascinating. “Bronowski said, ‘If we…try to reduce the human being to a number, we create an Auschwitz.’ In his book he’s actually standing in Auschwitz where he lost many members of his family where he said, ‘Because of certainty. Certainty is the killer.’”

Purchase The Ascent of Man