So, You Want to be a Filmmaker?

Get the fear out of the way first.

Conquering fear is really all about taking back control. Fear is a part of any career, but it can be more so in filmmaking, because somehow it is just so public. Critics abound and they can be vocal, and no one wants to see his/her name “dragged through the mud,” So, a would-be filmmaker can conjure up all sorts of fears to delay getting started:

You can logically say to yourself that the fear is irrational, but that does little to curb the emotions where fear comes from. Here are some tips that might help though.

Your best bet is to start off by creating something that’s only a few minutes long. Write it, film it, edit it and showcase it. Then do that again, perhaps with something slightly longer.

Why approach it in this way?

If you create something small then you’ll often get it finished before the fear creeps in. In that way, you’re going to have some finished products with your name on it, which will be hugely advantageous if you want to show other people what you can do.

Learning is all about creating a feedback loop. You create something. You consider what you did right and what you did wrong. You learn from that and apply that to the next project. In this way, even if the first few projects aren’t all that good, it doesn’t matter as you haven’t invested that much of your time. What’s more, you’ll learn far more quickly than you otherwise would.

Half the battle is “showing up”. If you show up every day and continue to progress, then it’s hard for fear to creep in. Do something productive every day, even if it’s just for ten minutes or half an hour. You don’t have to produce the greatest writing ever created; you don’t have to shoot two hours’ worth of footage every day – just a random 10-15 minutes will do.

The idea is this: Even when you are not feeling the inspiration, you can be consistent and you can feel productive. This alone pushes fear back and takes away its power. And, if you make creative action part of your daily routine, more creativity will flow.

Find Cinema Opportunities in the Familiar

One of the best ways to conquer your fear is to begin your filmmaking with familiar subjects/environments. You may have a passion to produce a documentary on saving the elephants from African poachers. However, here you are stuck in New Jersey never having left the U.S. Take your more general passion for the well-being of animals and find local cinema opportunities. Ride along with an animal rescue group. Who knows? You may create such an amazing piece of film that they will want to use it as a part of their public outreach. You are now a successful filmmaker.

Some of the best filmmakers and directors have had miserable failures, and not just early in their careers. Gus Van Sant is probably best remembered for his hit, Good Will Hunting, a film that grossed $225 million and made starts of Matt Damon and Ben Affleck. Consider after that hit, he chose to do a re-make of Hitchcock’s Psycho. It was a full-on bomb. Van Sant has made 13 movies since that flop, because he understands that failure is temporary, and he does not fear it.

Fear can paralyze us. It can make us procrastinate; it can make us head back for the familiar and give up our dreams. If you really have a passion for filmmaking, just get to it. Work on it every day; when people ask you what you do, tell them you are a filmmaker; develop that mindset, and find opportunities to begin in the “familiar.” Early successes beget more success.

We are our own worst enemies and when we work alone, that enemy gets to whisper in your ear all the time about how much you suck. That’s true for all creatives.

The trick? Don’t do it alone. Find other people to work together with. These people will give you insights and feedback and will make sure that you don’t get stuck in a negative spiral where you doubt everything because you can’t see it out of another person’s eyes.

If you don’t know anybody you can work with, then join a film club or find some group on the internet to join. Then seek out people who live close to you and work together with them. These people will prove invaluable in keeping you motivated.

Even better, you multiply your chances of making it by the people in the group – because if one of you gets noticed then chances are they’ll put in a good word that opens doors for the rest of you.

The only things worth doing are the ones that are hard to do. That’s actually psychologically true. Why? Because if we didn’t have to work hard for it, then we won’t respect it as we don’t really feel we deserve it.

So when things are tough, when it takes you a lot of effort and when you’re left wondering ‘is it even worth it?’ remember that when you have made it and your name appears on that big screen up there, it will be exactly these low moments that you managed to fight your way through that will make your high at then all the more special.

Because we all feel afraid and we all feel down, but only those of us who decide to go on despite that fear get to be more. And you so deserve to be more.
Benedict Brychta is a writer for Flash Essay. He is a big movie classics fan and loves to share his opinion on different thing happening around.
next feature 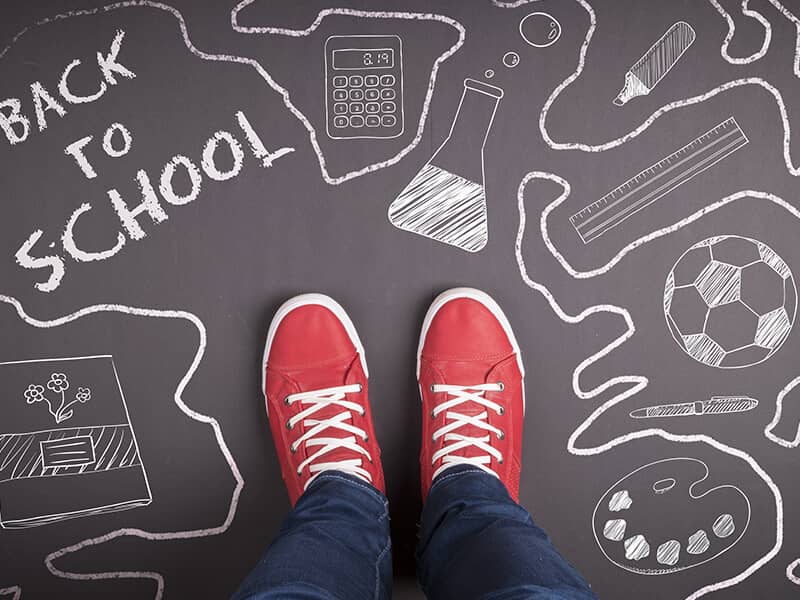 What You Can Do With a Degree From a Christian University

more from beliefnet and our partners
Add some inspiration to your inbox.
Sign up for Beliefnet's Entertainment & Celebrities newsletter.
From time to time you will also receive Special Offers from our partners
Benedict Brychta