Is it okay to go see that summer blockbuster?

Most Christians today live in nations that were founded on Judeo-Christian principles, but most of those nations actively work to have a largely atheistic society. As such, religion rarely appears in television and films except in the form of religious zealots. Even stories with religious overtones are sometimes stripped of their Christian references, such as in the case of the 2018 film “A Wrinkle in Time.”

A case can certainly be made for sticking to Christian entertainment. Secular movies often contain a great deal of violence, sex, nudity and otherwise un-Christian themes. The “50 Shades” series, for instance, was filled with sex and abusive behaviors thinly disguised as a form of love, and many Christians would balk at the idea of watching the HBO series “Game of Thrones” with its episodes overflowing with sex, nudity, violence and gore in equal measure.

When it comes to movie nights, Christians do not need to abandon secular films altogether. What they need to do is practice some common sense self-censorship. With its themes of redemption and new beginnings, “The Force Awakens” is unlikely to bother most Christians. “The Ritual,” however, with its images of brutal murder and human sacrifice in order to please a monstrous Pagan god, is probably not a good choice for Christians to watch.

Thankfully, choosing to watch some secular movies does not mean that Christians need to watch every secular movie that comes to theaters. A Christian can go watch “Tangled” or “127 Hours” without wandering over to see “Insidious” or “Sex and the City 2.”

Every Christian has to decide what they feel is proper to watch. Some may be comfortable watching any film that does not flagrantly contradict Christianity. “Percy Jackson and the Olympians: The Lightning Thief” may be off the table due to its portrayals of pagan gods as real forces acting in the modern world. “The Karate Kid,” on the other hand, may be just fine since there is nothing that is clearly non-Christian in the film. Other Christians may prefer to avoid movies that have nothing to do with Christianity and stick with secular films that have Christian themes or references.  This may take “Pirates of the Caribbean” off the table but allow for Christians to watch “Planet of the Apes” due to how the story mirrors the tale of Moses and the Exodus.

Christians who decide to watch secular movies that contain Christian themes will find a surprising number of secular movies that are perfectly acceptable to watch even if the film seems like it may not contain Christian messages at first glance. Many superhero movies, for example, contain Christian elements. Batman, after all, fights for justice but refuses to kill, and Iron Man abandons a life of sexual immorality and hedonism in favor of defending his loved ones and making amends. Harry Potter willingly dies for those he cares about in “Harry Potter and the Deathly Hallows, Part 2.” He is resurrected, but his willing death provides a permanent protection for those around him. All three storylines should sound familiar to Christians. Mercy, redemption and willing sacrifice are all key components of the Christian faith.

Just as many fantasy and superhero films contain Christian themes, there are also genres that should be avoided by Christians who are concerned about consuming media that does not demonstrate traditional Christian values. Horror is almost certainly off the table. Although some horror classics such as “The Exorcist” portray the battle between the faithful and the demonic, most horror films today involve excessive gore, and sexual deviance is a common plot element in so-called slasher movies.

Christians seeking to watch only films promoting more traditional values would also do well to avoid romance movies. Even though plenty of romance films focus on finding true love and a number end with a beautiful wedding, the vast majority portray pre-marital sex, and adultery is also a common theme.

What is acceptable for an adult Christian who is secure in their faith to watch is very different from what Christian parents may be comfortable showing to their children. An adult can enjoy watching “The Da Vinci Code” without questioning their faith or have fun watching “The Notebook” on a date night without feeling that it is morally acceptable for a person to have sex with someone who is not their fiancé. A child, however, is far more likely to try and act out what they see on screen. As such, Christians who want to be careful about what their children see should be more discerning in which secular movies they watch.

When it comes down to it, there is no verse in the Bible that states that Christians should only consume Christian media or should avoid secular entertainment. In Christ’s day, there was no such thing as a secular society. As such, it is up to individual Christians to decide what they can watch while still remaining good Christians and faithful followers of Christ. 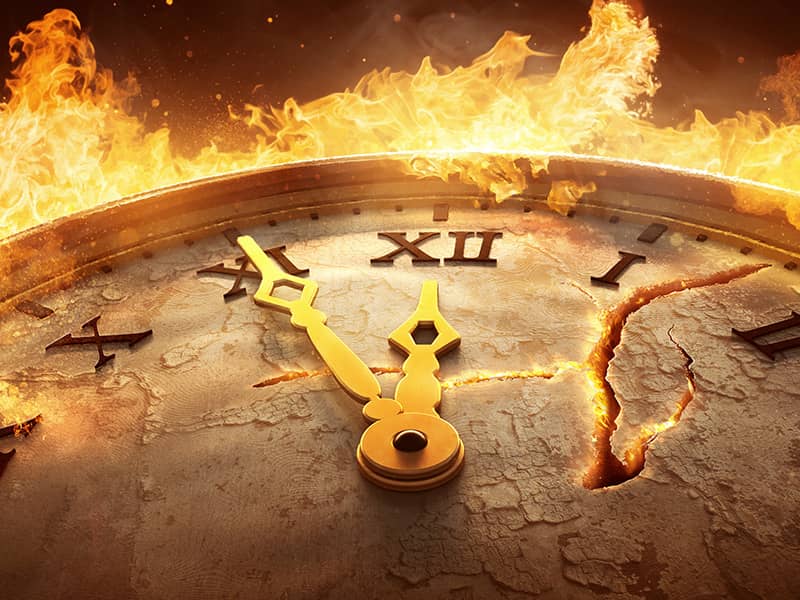