In C.S. Lewis' writing, the most interesting characters are those who are profoundly changed by their time in Narnia.

In general, C.S. Lewis's good characters and his bad ones are not hard to distinguish, and their moral qualities remain fairly constant. Lucy Pevensie probably comes the nearest to being a saint--consistently gentle, honest, brave, and compassionate. At the other end of the moral spectrum is that "old sinner" Andrew Ketterley, the would-be magician from "The Magician's Nephew" (one of the books in the Narnia series) who is incorrigibly egocentric, cruel, cowardly, dishonest, and sometimes delusional.

The most interesting psychological cases in the Chronicles are those who do not remain fixed in character but are profoundly changed by their time in Narnia. Perhaps the best example is Edmund Pevensie, who sinks down to what Dante considered one of the worst of sins--betrayal of kindred--and then recovers in later life so fully that he earns his title, Edmund the Just. By tracing Edmund's fall and rise, readers can see most of the qualities Lewis associated with moral malaise and moral health.

Lucy feels Edmund began to go wrong during his first term at a "horrid school." Lewis used the term "childhood" in all his books to suggest simplicity, wonder, and self-forgetfulness. By contrast, he associated the terms "boyhood" and "school" with a time of life "in which everything (ourselves included) has been greedy, cruel, noisy, and prosaic, in which the imagination has slept." In 1962, nearly a half century after he left them behind, Lewis still described two of the boarding schools he attended (Wynyard and Malvern) as "very horrid" and said he hated them even worse than his time in the trenches of World War I. It is not surprising, then, that when we first meet Edmund in "The Lion, the Witch and the Wardrobe" his time at boarding school has already turned him into a cynic and a bully.

There is very little to like about Edmund in the early pages of "The Lion, the Witch and the Wardrobe." He laughs at Professor Kirke's eccentric looks, snaps at his older sister Susan when she says it's time for bed, and whines about a rainy day. He teases Lucy mercilessly about her "imaginary" world inside the wardrobe, not in fun but out of sheer spite. When Edmund gets into Narnia himself, he is easy prey for the blandishments of the White Witch. Her flattery appeals to his pride and her magical Turkish Delight to his gluttony. And her promise to make him a king appeals to his rebellious instinct to rule his older brother Peter, the natural leader of the family. By the time the evil queen sends Edmund back to his own world, her magic has already found a receptive vessel, and she has found in him a useful new vassal.

Lewis's concept of the central self, affected one way or the other by every moral choice, implies a kind of moral momentum. Every good choice strengthens one's inner resolve to make another good choice next time, while every bad choice leaves one inclined to further bad choices down the road. At first, Edmund is only selfish and ill-tempered. But when he deliberately lies, refusing to confirm Lucy's story and admit there really is a magic world inside the wardrobe, he does great harm to his own soul. Here is falsehood, pride, and spite all bound up together, a sign that Edmund's downward drift has turned into a descent. Lewis wrote that "rebellion of the will" usually leads to "fogging of the intelligence," and Edmund's lie will lead to a whole series of wrong-headed and wrong-hearted choices.

When all four Pevensies discover Narnia together, Peter immediately turns to Lucy and says he's sorry for not believing her the first time. But Edmund pretends he's never been there before, showing how one lie so often leads to others. Then he slips up, pointing out the way to the lamppost, exposing himself as a liar and someone who put Lucy through needless misery. This moment would be an excellent time to apologize. But asking for forgiveness calls for both honesty and humility, two qualities Edmund lacks. So he only makes things worse by muttering to himself something about his siblings as "self-satisfied prigs." From that point on, his moral instincts are increasingly corrupted. He cares more about dinner than about helping Mr. Tumnus; he distrusts the robin and the beavers and keeps trying to convince himself that the imperious lady on the sledge might not be evil after all.

Edmund's moral state becomes especially clear when Mr. and Mrs. Beaver begin telling the Pevensies all about Narnia. When the four children hear the beaver say, "Aslan is on the move," they have no idea who or what Aslan is, yet the very name has a mystical aura, laying bare the very soul of each one who hears it. The word makes Peter, the eldest, feel "brave and adventurous." His sister Susan feels as if "some delicious smell or delightful strain of music had just floated by her." For the youngest, Lucy, it is like waking up to discover the summer holidays have begun. For Edmund, though, the very name Aslan induces "a sensation of mysterious horror."

Throughout the Chronicles, the surest gauge of a character's spiritual health is his or her response to Aslan. In "The Magician's Nephew," Digory begins to hear the voice of the lion singing Narnia into existence, and he finds it "beyond comparison, the most beautiful noise he ever heard." Frank the cabby has a similar response, exclaiming, "Glory be! I'd ha' been a better man all my life if I'd known there were things like this." But while the cabby and the children drink in the sound with their eyes glistening, Uncle Andrew's knees shake, and he thinks he would rather crawl in a rat hole than keep listening to this voice. Jadis the Witch is also repelled by the sound. She senses in it a magic stronger than her own and wishes she could smash this new world to pieces to silence that voice.

When the lion himself appears, Andrew wants to shoot him with a gun, and Jadis throws an iron bar at him. (The bar is the crosspiece she has ripped off a London lamppost. It bounces harmlessly off Aslan's head, and in those fertile moments of Narnia's creation, it grows into a whole lamppost. Thus Lewis solved the problem of how a lamppost came to be standing all by itself in the wilds of Narnia!)

In "Mere Christianity," Lewis defined pride as "the complete anti-God state of mind." In the Chronicles, it is the prideful characters, the ones who would be gods unto themselves, who are most repelled by Aslan, who wish to escape his presence. Jadis and Andrew are a pair of villains, so of course they want to get as far away as possible from supreme goodness. But the same pattern emerges even among the middling characters of Narnia. In "The Horse and His Boy," when Aslan first appears to two Narnian horses, Bree and Hwin, their responses are quite revealing. Bree, the proud warhorse, is so startled that he bolts away and doesn't look back until he comes to a wall too high for jumping. The usually timid Hwin, however, trots toward the great lion, not away from him. Though shaking, she tells Aslan he's so beautiful that she would rather be devoured by him than fed by anyone else. "Dearest daughter," he answers, "Joy shall be yours."

Though Bree overcomes his initial shock and reins in his pride before Aslan, Edmund has a good deal further to go before his foolish conceit is shattered. Seeming to want to escape the very name of Aslan, he slips away from the others, headed for the White Witch's castle. The narrator explains that Edmund doesn't wish any actual harm to the others; he's just full of silly ideas about getting more magic candy and being made a king and paying back his older brother. He tells himself the queen can't be as bad as all that, though "deep down inside him he really knew the White Witch was bad and cruel." Edmund began his downward descent by lying to the others about Narnia as a real place. Now he has begun to lie to himself. 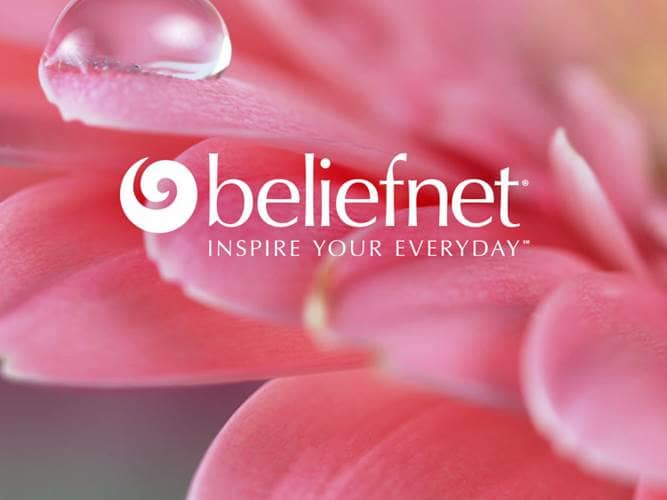 Does My Friend Genuinely Care About Me?